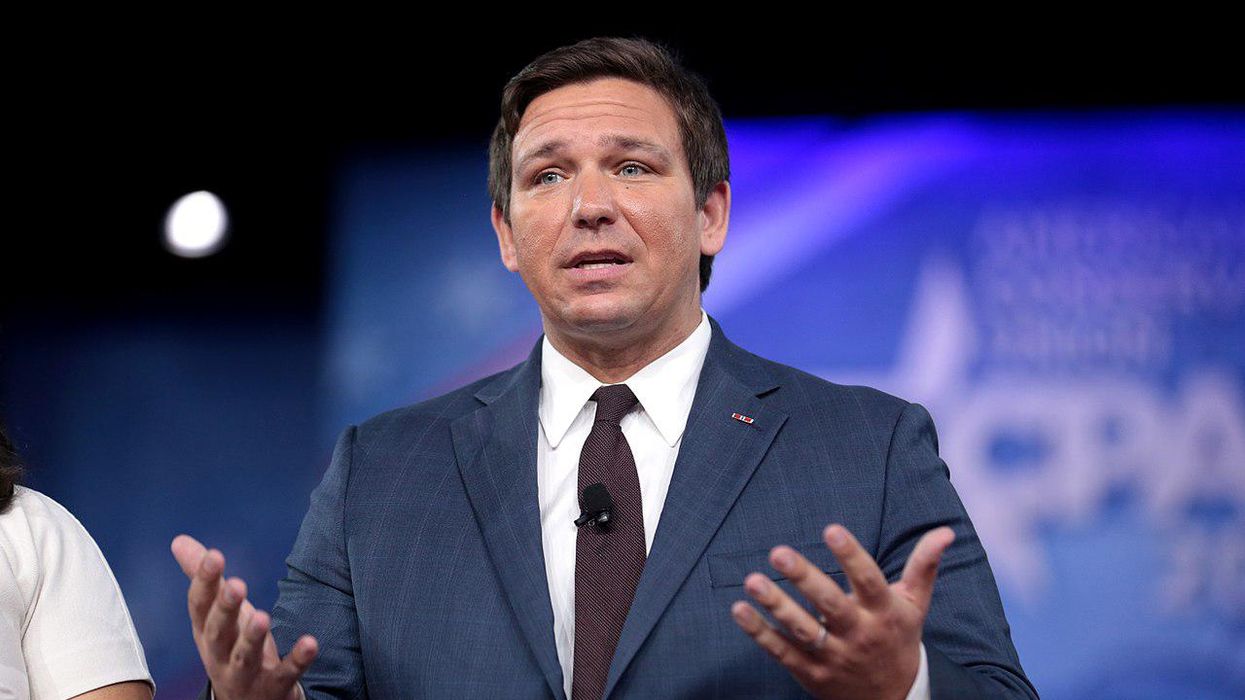 Following the deadly and tragic June 24 collapse of the Champlain Towers South, a high-rise condominium building, in the Miami suburb of Surfside, many South Florida residents are calling for more aggressive inspections of aging residential buildings. But far-right Gov. Ron DeSantis, according to the Tampa Bay Times, will not commit to such inspections.

On July 7, the Times' Mary Ellen Klas reports, the Republican governor said of the Champlain Towers South — which was built in the early 1980s — "I think this building had problems from the start, let's just put it that way." DeSantis, speaking at a press briefing on Tropical Storm Elsa, told reporters that condos are "kind of a dime a dozen, particularly in Southern Florida."

As of July 6, according to NBC News, the confirmed death count in the Champlain Towers South collapse was 36 — and 29 of the victims, Miami-Dade County Mayor Daniella Levine Cava said, had been positively identified. However, Cava said that 109 people were "potentially unaccounted for."

At the July 7 press briefing, DeSantis told reporters, "We obviously want to be able to identify why did this happen. Is this something that was unique to this building? Is it something that was unique to the person that maybe developed it — because obviously, there are sister properties? Is it something that buildings of that age, that would have implications beyond that whether Southern Florida or the entire state of Florida? I think we need to get those definitive answers."

Klas notes that since the Champlain Towers South Collapse, some coastal cities in Miami-Dade County have "launched their own review of aging buildings."

On July 2, according to Klas, "the City of North Miami Beach ordered the evacuation of Crestview Towers Condominium after a building inspection report found it to have unsafe structural and electrical conditions" — and the following day, "firefighters ordered residents to evacuate a low-rise condominium complex in Miami Beach after a building inspector flagged a flooring system failure in a vacant unit and damage to exterior walls."

Klas reports, "The Surfside condo collapse is expected to dampen sales of existing condos in Miami, particularly in older buildings, experts said. According to the Miami Association of Realtors, sales of existing condos had been driven primarily by U.S. buyers from other states and, in May, jumped a whopping 286% year-over-year, from 563 to 2176."