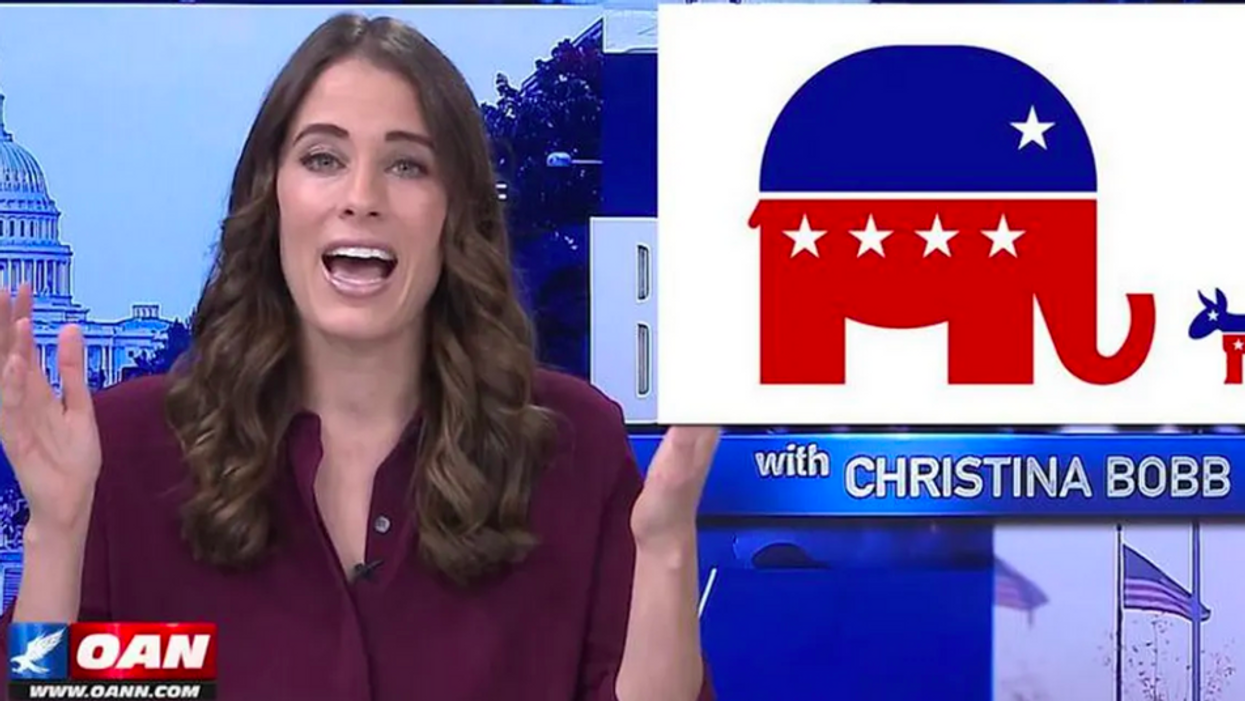 Because the right-wing media are so competitive, countless pundits are resorting to increasingly over-the-top rhetoric in the hope of juicing their ratings or traffic. The conservative pundits of the 1970s and 1980s — most famously, George Will and the late National Review founder William F. Buckley — were downright tranquil compared to the far-right extremism one finds on Newsmax TV or One America News on a daily basis. And journalist Adam Gabbatt, in an article published by The Guardian this week, reports that critics of this inflammatory rhetoric fear it will lead to violence at a time when political tensions are extremely high in the United States.

According to Gabbatt, "The extremist rhetoric from right-wing news networks and some elected Republicans is 'intensifying,' experts have warned, after a Republican congressman compared Democrats to Nazis and a hard-right news host suggested tens of thousands of Americans should be executed. Right-wing TV personalities, including Fox News' Tucker Carlson, and Republican politicians have seized every opportunity to rail against Democrats and liberals in recent months, with race increasingly coming to the fore."

Gabbatt notes that Fox News' Tucker Carlson has said that Democrats want the U.S. to "become Rwanda," and Rep. Scott Perry of Pennsylvania compared Democrats to Nazis and said, "They are not the loyal opposition…. They want to destroy the country."

Gabbatt quotes Angelo Carusone, president of Media Matters, as saying, "The rhetoric is both intensifying and it's more widespread. It's not like this is the first time right-wing media has had moments or flare-ups of intense or inflammatory rhetoric. But typically, it would have been limited to one show or personality. What happened, especially without (former President Donald) Trump having social platforms, is that it did create this pretty big vacuum."

Carusone continued, "What you've seen is jockeying to get as much of that audience share, but also, influence share. Everyone is kind of scrambling right now to grab as much as they can. That's why they hit as many themes as they possibly can; you're not just going to get more racial inflammatory rhetoric — there's more conspiratorial stuff."

Newsmax TV and OAN are cable news competitors of Fox News, and both of them have been jumping through hoops to show that they are even more right-wing and more pro-Trump than Fox. For example, OAN's Pearson Sharp called for mass executions during a late June broadcast. Making the false and debunked claim that thousands of election officials helped now-President Joe Biden steal the 2020 election, Sharp told OAN viewers, "In the past, America had a very good solution for dealing with such traitors: execution."

OAN CEO Robert Herrin has defended Sharp's rhetoric, saying, "He was only telling what could happen if you try to overthrow America.... He gave the laws that would apply."