How the Reagan Revolution collapsed America — and the Florida condo 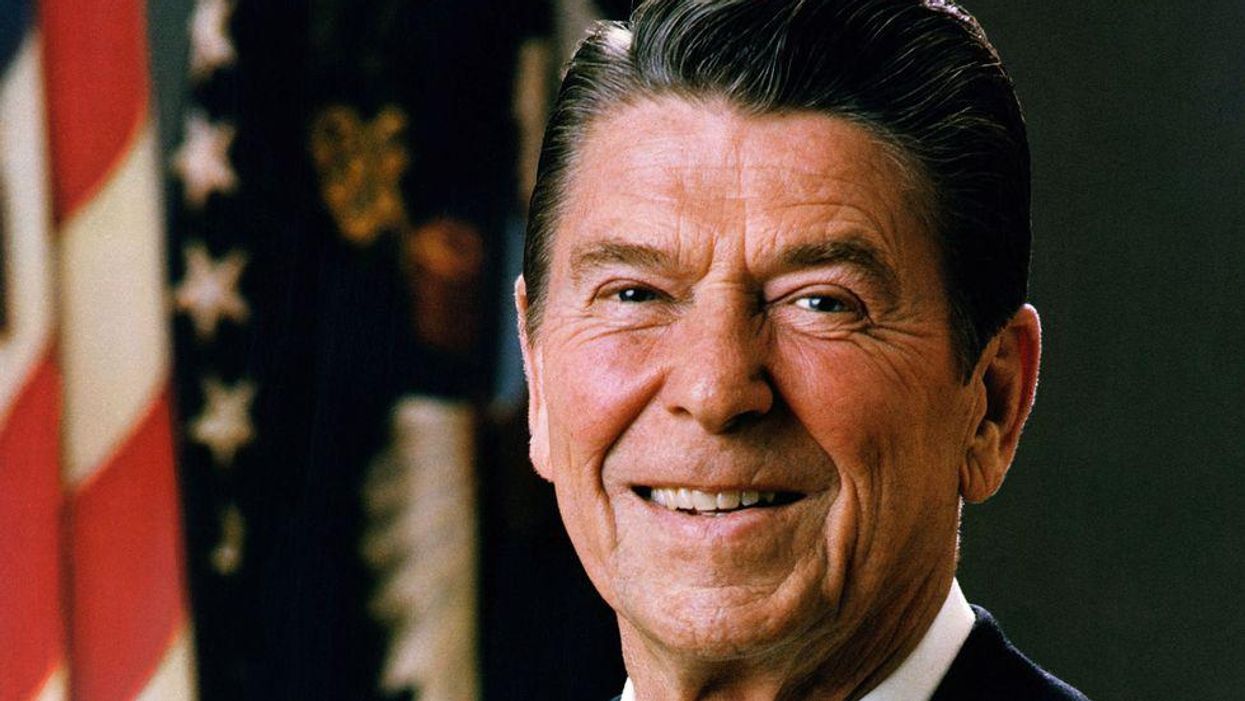 The collapse of the Champlain Towers South condo building in Florida, the deterioration of infrastructure all across America, and our failure to plan for or respond to the threat of climate change all have the same source: greed. And it's killing us.

Prior to the 1980s, Americans understood the need to keep a healthy cash-flow going or set aside reserves to cover the future cost of maintaining things. We had a top personal federal income tax bracket on the morbidly rich of around 74% and an almost-50% top corporate income tax bracket for those corporations that were essentially money machines.

As a result, infrastructure dating all the way back to the transcontinental railroad system built during the administration of Abraham Lincoln were well-maintained and reliable. Roads, schools and hospitals were shiny-new and state-of-the-art; even the older buildings constructed during and before FDR's New Deal were well-maintained. And, although we hadn't yet heard of the need to concern ourselves with climate change, our government was able to fund itself to deal with crises.

When Ronald Reagan took office in 1981, for example, the US budget deficit stood at a mere $908 billion; we funded things with taxes and mostly maintained a necessary national debt so savers and federal and state agencies would have a safe place to park cash in treasuries.

And we understood that investing in America produced great returns on that investment. When World War II ended and our national debt was 119% of GDP (about where it is now), President Dwight Eisenhower borrowed even more money to build the interstate highway system, which produced such an explosion of economic activity that the added tax revenues paid down the national debt to 60% of GDP by the end of his presidency.

Since college graduates make so much more than people who only have a high-school education, and higher-income people pay higher tax rates, every $1 invested in the educational part of the GI Bill during its life from 1944 to 1956 produced an additional $7 dollars in tax revenue to our government over the lifetime of those now-well-educated veterans.

Condos have a slightly more checkered history, but it parallels the mentality of the "greed is good" Reagan Revolution. While the idea of condominiums goes back to the 19th century, the first modern condo built in America was Graystone Manor in Utah in 1960.

When a developer builds and then sells condo units, there are two parts to the selling price that buyers take into consideration: the sale price and the HOA (Home-Owners Association) fee. That fee covers maintenance and operation of the condo, from painting and landscaping to replacing carpeting to fixing leaky pipes, and is typically a few hundred dollars a month.

Therefore, for most of the 80 years developers have been selling condos, they've ignored long-term maintenance costs when calculating HOA fees to keep them low, making the sale of the condos more profitable to the developer. And, for similar reasons, HOA boards are often reluctant to raise monthly fees to build a reserve for future major maintenance projects because it lowers their own resale values.

The problem comes 20, 30 or 40 years down the road when the condo needs a new roof or major repairs and there's nothing in the reserves to pay for it. Which is why the residents of Champlain Towers South were, just in the past few months, hit with an $80,000-per-unit one-time assessment to pay for the structural deterioration the 2018 survey found.

The developer walks away with the initial cash, previous homeowners got a free ride, and people who bought-in during later years get hit with the costs of major repairs, particularly when HOA boards choose to run the condo with no consideration of the future like Republican's have run the country since 1981.

Which is pretty much the same thing that Reaganomics brought us with the entire nation. The billionaires who owned Reagan didn't want to continue paying a 74% top tax rate, so they got him and Congress to drop that top rate all the way down to 25%.

To deal with the loss of revenue, we essentially stopped maintaining the country while Reagan and the first President Bush subsidized the wealthy by more than tripling the national debt to $2.6 trillion in their 12 years.

Which is why today our rail system can't support a fast train, our water systems are polluted and unreliable, our schools and bridges are collapsing, and our electric grid can't handle a winter storm or summer heat in Texas.

Meanwhile, the billionaires of the fossil fuel industry have known for over 50 years that their product would produce a global climate emergency that would cost trillions (indeed, has already cost America trillions).

Instead of planning to shift to green power over time, though, they funded a multi-decade national campaign to lie about global warming so they could keep churning their profits, leaving future generations — and us, now — to deal with the costs and consequences, including millions of annual deaths worldwide.

Several states have changed their condo rules to either require (Florida has not) or "recommend" that developers write HOA rules that require a reserve fund for future major repairs, although enforcement is rare and these rules simply don't apply for substantial long-term needs in most states. (Hopefully the Champlain Towers South experience will cause some states to wake up and change these laws and rules.)

Similarly, some states (almost exclusively Blue States) have raised state taxes enough over the years to be able to continue to repair and rebuild their states' infrastructure, given that the federal government has largely abdicated that responsibility ever since 1981's Reagan Revolution.

Red states, with their infamously low taxes, have become sacrifice zones when it comes to infrastructure and, ironically, will benefit the most from President Biden's infrastructure proposals.

Looking forward, condo developers should be required to set HOA fees high enough to build long-term reserves, our nation and the world need a carbon tax on the fossil fuel industry, and federal and red-state governments have to raise taxes on wealthy people and corporations back to pre-1981 levels to cover improvements and long-term maintenance.

If we fail to reverse the Reagan Revolution and again plan/build for the future, this 40-year con by wealthy developers, fossil fuel companies, and morbidly rich billionaires who'd rather shoot themselves into space than pay their taxes will continue.

And more people will die.