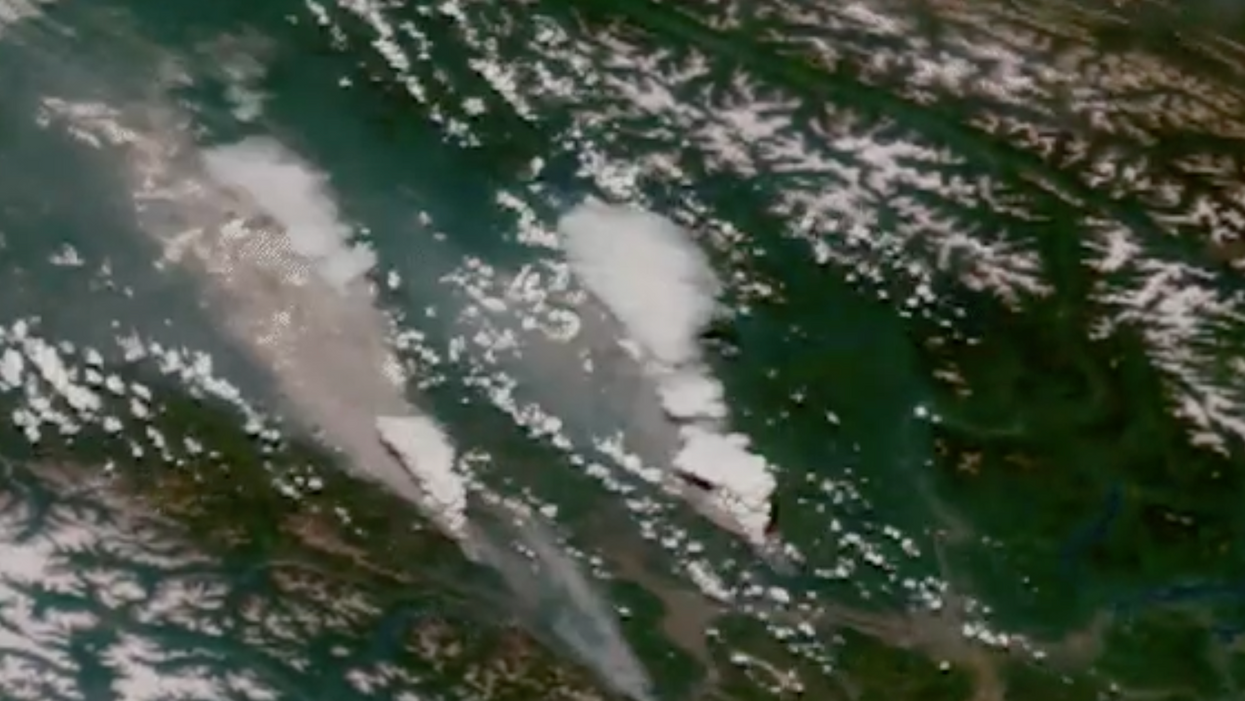 A pair of climate scientists on Thursday said the record-high temperatures that have ravaged the northwestern U.S. and western Canada over the past week—killing hundreds and sparking dozens of wildfires—represent the "world's most extreme heatwave in modern history."

"Never in the century-plus history of world weather observation have so many all-time heat records fallen by such a large margin than in the past week's historic heatwave in western North America," meteorologist Bob Henson and former National Oceanic and Atmospheric Administration (NOAA) hurricane scientist Jeff Masters wrote for Yale Climate Connections.

"It's not hype or exaggeration to call the past week's heatwave the most extreme in world weather records," they argued. "The only heatwave that compares is the great Dust Bowl heatwave of July 1936 in the U.S. Midwest and south-central Canada. But even that cannot compare to what happened in the Northwest U.S. and western Canada over the past week."

In British Columbia, the chief coroner said her office has received nearly 500 reports of "sudden and unexpected" deaths since last Friday, many of which are believed to be connected to the record temperatures that the region has suffered in recent days.

Residents of the small British Columbia village of Lytton—which on Tuesday recorded Canada's all-time high temperature of 121°F—were forced to evacuate Wednesday as a wildfire ripped through the area and quickly engulfed the small town, destroying homes and buildings.

"Our poor little town of Lytton is gone," Edith Loring-Kuhanga, an administrator at a local school, wrote in a Facebook post. "Our community members have lost everything."

Henson and Masters called Lytton—90% of which was burned—the "poster community" of the "horrific" heatwave.

Weather historian Christopher Burt told the two scientists that "this is the most anomalous regional extreme heat event to occur anywhere on Earth since temperature records began."

"Nothing can compare," Burt added.

I've watched a lot of wildfire-associated pyroconvective events during the satellite era, and I think this might be… https://t.co/3rNt8jtsjV
— Daniel Swain (@Daniel Swain) 1625108949.0

To emphasize the "extremity of this event," Henson and Masters highlighted just some of the temperature records that have fallen in Canada and the United States since late last week.

"Preliminary data from NOAA's U.S. Records website shows that 55 U.S. stations had the highest temperatures in their history in the week ending June 28," Henson and Masters wrote. "More than 400 daily record highs were set. Over the past year, the nation has experienced about 38,000 daily record highs versus about 18,500 record lows, consistent with the 2:1 ratio of hot to cold records set in recent years."

Scientists have long predicted that heatwaves of the kind that are scorching the Northwestern U.S. and Canada will become more frequent and intense across the globe as the planet continues to warm due to the continued emission of heat-trapping greenhouse gases.

"Nowhere is safe... who would have predicted a temperature of 48/49°C [118.4°F/120.2°F] in British Columbia?" Sir David King, the former chief scientific adviser in the United Kingdom, said in an interview with The Guardian. "The risks have been understood and known for so long and we have not acted, now we have a very narrow timeline for us to manage the problem."