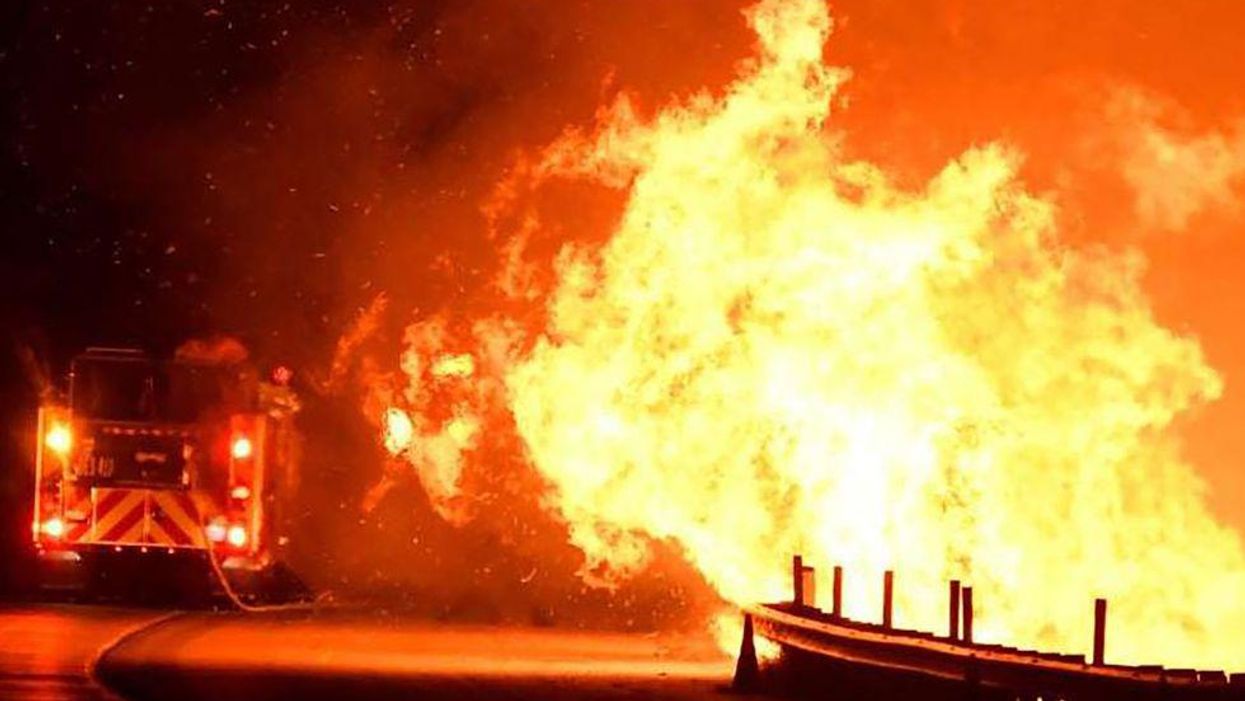 A rapid-response scientific analysis of the Pacific Northwest heatwave that has killed hundreds of people—and more than a billion intertidal animals—indicates that the extreme temperature event "would have been virtually impossible" in the absence of the human-caused climate crisis.

"Our results provide a strong warning: our rapidly warming climate is bringing us into uncharted territory that has significant consequences for health, well-being, and livelihoods," reads the analysis, which was conducted by a team of more than two dozen scientists as part of the World Weather Attribution initiative.

The group's aim is to examine and quickly publicize connections between extreme weather events and the climate crisis to undercut denialists' claims that the two are unrelated.

While the latest study has not yet been peer-reviewed, the researchers utilized peer-reviewed methods that have helped produce a growing body of research in a relatively new scientific field known as "extreme event attribution."

The new analysis estimates that the heatwave that ravaged southwest Canada and the northwestern U.S.—particularly Oregon and Washington state—was "about a 1 in 1000 year event in today's climate" and would "have been at least 150 times rarer without human-induced climate change."

"An event such as the Pacific Northwest 2021 heatwave is still rare or extremely rare in today's climate, yet would be virtually impossible without human-caused climate change. As warming continues, it will become a lot less rare," the scientists wrote Wednesday. "The future will be characterized by more frequent, more severe, and longer heatwaves, highlighting the importance of significantly reducing our greenhouse gas emissions to reduce the amount of additional warming."

"The latest heat-related death numbers are alarming," the researchers added, "yet they are likely a severe undercount and the real toll will only become clear after mortality statistics are reviewed for the role of heat in exacerbating underlying conditions."

Since its start in late last month—which has been deemed North America's hottest June on record—has been linked to more than 100 deaths in Oregon, around 30 in Washington state, and nearly 500 in western Canada.

Kristie Ebi, a professor at the Center for Health and the Global Environment at the University of Washington and a co-author of the new analysis, told the Associated Press that "this study is telling us climate change is killing people."

"Heat is the No. 1 weather-related killer of Americans," said Ebi.

The Pacific Northwest is still experiencing intense heat, and—as the Washington Post reported Wednesday—is "bracing for another bout of exceptional heat amid a pattern that could once again place records in jeopardy."

"Temperatures up to 25 degrees above average could dominate most of the West this weekend into next week, with little relief in sight for quite some time," the Post noted. "Odds favor anomalously hot and dry conditions to prevail into the fall."