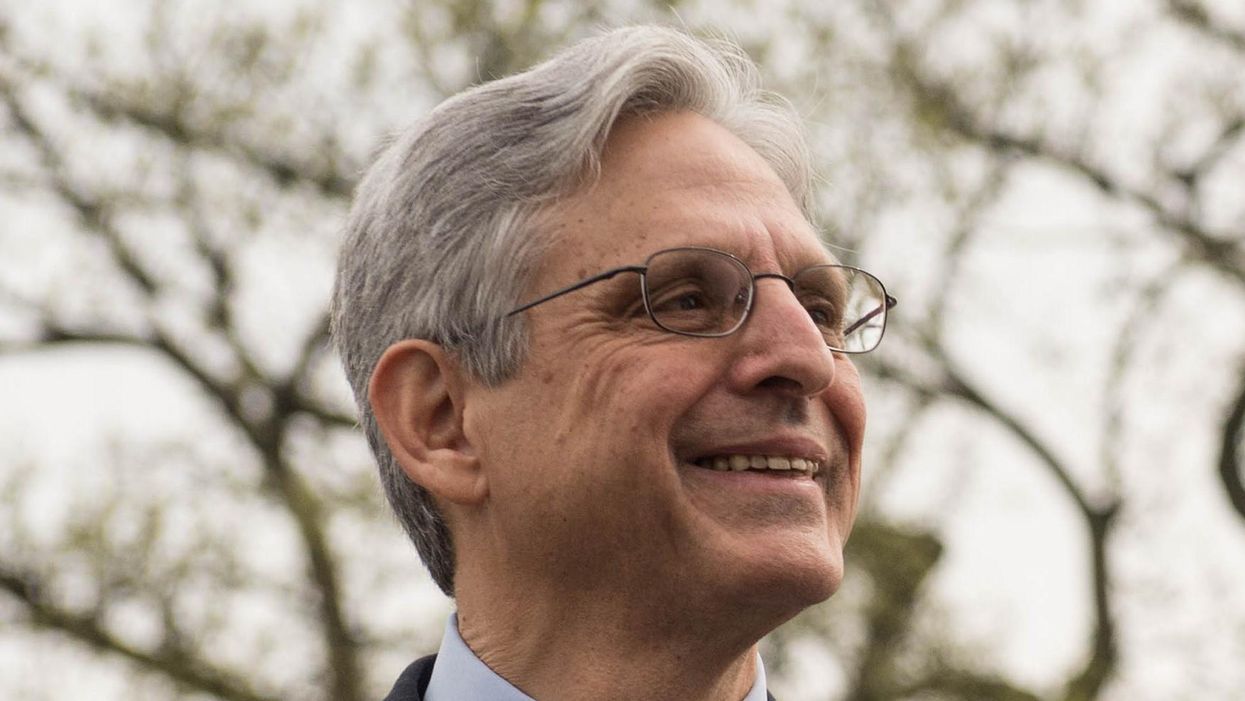 For those who were looking forward to obtaining transparency for the incompetent negligence, malfeasance, and reckless disregard for the health and safety of the American people that were the hallmarks of Donald Trump, the prospect of that reckoning has dimmed. Joe Biden's Attorney General Merrick Garland appears to be working to protect the interests of Trump and all those in his administration who may have broken the law and were investigated in federal grand jury proceedings.

Garland's Justice Department is now advocating that federal judicial procedure should be amended to instate a 50-year ban on grand jury information. What would this mean?

Had this proposal been in practice during Watergate, we still would not know until 2023 or 2024 all the facts about Nixon's crimes that were uncovered by grand juries. We would have to wait till 2069 to learn the all the legal findings that led to the Mueller report, or any other information about the potential crimes of Trump associates that were uncovered by grand juries.

No reasonable person would argue that the grand jury process doesn't need confidentiality protection—certainly while it is sitting, and for a reasonable period thereafter: say, 10 years. Judges should have the discretion to extend the blackout, but only with a plausible showing that concrete harm could come from revealing testimony. And no, personal or institutional embarrassment does not count as concrete harm.

Likewise, judges should have the discretion to take the wraps off testimony in fewer than 10 years if there is a compelling public interest—for instance, in a political or governance matter, or one involving public safety. But 50 years? That is too much like Britain's draconian Official Secrets Act, which has in many cases degenerated into a tool to protect Britain's upper-class Old Boy Network from the inconvenient exposure of their incompetence and mutual back-scratching.

This is not an outlier of Garland's brief tenure as attorney general. The Trump administration's Justice Department had collected the metadata of journalists, Democratic members of Congress, and their families. Did Garland, upon taking up his post, hold a press conference and angrily announce that the previous administration had done this, and vow to get to the bottom of it? He might have done so had he conducted himself with due diligence and found out what was going on in his own department. Then he would have acted with all deliberate speed to punish those who did it.

Instead, months passed, and it was June before we knew about it—and not from those best positioned to know, those at the top of the department. The New York Times broke the news. We are still waiting for the responsible Justice Department officials to be fired.

And does anyone know just how and why Garland conceived that the Justice Department was the proper legal representative for Donald Trump in a purely private matter that may have occurred long before he took office? The department filed a brief in June to a federal court to dismiss a defamation suit against Trump that was based on an accusation that he raped a woman in the 1990s.

It is something of a stretch for any legal authority to argue that a president can commit a crime while in office. The so-called guidelines that everybody seems to construe as preventing a sitting president from being indicted are nothing more than a Justice Department memo written while Richard Nixon was president. In other words, it is merely the biased opinion of the president's employees and does not bind the judicial or legislative branches.

Those of us old enough to remember the events reacted with a knowing shake of the head when ex-President Nixon stated in the famous Frost-Nixon interview that "Well, when the president does it, that means that it is not illegal." We figured that kind of impunity couldn't happen again.

But Garland is carrying this perversion of justice beyond the bounds of reason and decency. He is clearly stating, through his functionaries at the department he runs, that a matter between two private citizens that was alleged to have occurred decades before one of them became president is protected by executive privilege.

Am I proclaiming Garland to be a conscious agent of Trump and other reactionary forces plotting to throw a veil of secrecy and special privilege over the workings of what is supposed to be a popular self-government? He does seem to be working against what James Madison envisioned when the fourth president wrote this:

A popular government without popular information, or the means of acquiring it, is but a prologue to a farce or a tragedy, or perhaps both. Knowledge will forever govern ignorance, and a people who mean to be their own governors must arm themselves with the power which knowledge gives.

I know myself from having worked in government that the acculturation process steeps people in an atmosphere of knowing it all and being dismissive of the hoi polloi, of belonging to a kind of secular priesthood. People with integrity manage to keep their moral bearings and maintain a sense of responsibility to fellow citizens, but weaker personalities succumb to the temptation of feeling special, entrusted with the secrets. The riffraff, so they think, are incapable of understanding the big picture, and their rights are in any case subordinate to the greater good, which generally means the greater good of the rich and the powerful.

[Chamberlain's] opponents professed to see in him a dark and wily schemer, plotting to sell England to Hitler, but it is far likelier that he was merely a stupid old man doing his best according to his very dim lights.

And so Merrick Garland is almost certainly just a bumbling geezer, doing exactly what his pettifogging legal education taught him, exacerbated by decades of conditioning in the Old Boys Club that dominates America's law guild. In so doing, he imagines he is doing what is right. Still, we need to be clear in our judgments: whether the man is acting out of sinister calculation or in the senescent fog of unconscious habit, the objective results are the same.

There is a supreme irony in this. In 2016, when Mitch McConnell blocked Garland's lifetime elevation to the Supreme Court, Moscow Mitch may have done us all a favor. In retrospect, Garland's probable judicial behavior in the event of his judicial confirmation would have caused most of us far more frustration than that trio of drones that Trump stacked onto the court, all of whom benefit immeasurably from the soft bigotry of low expectations.

Mike Lofgren is a former congressional staff member who served on both the House and Senate budget committees. His books include: "The Deep State: The Fall of the Constitution and the Rise of a Shadow Government" (2016) and "The Party is Over: How Republicans Went Crazy, Democrats Became Useless, and the Middle Class Got Shafted" (2013).