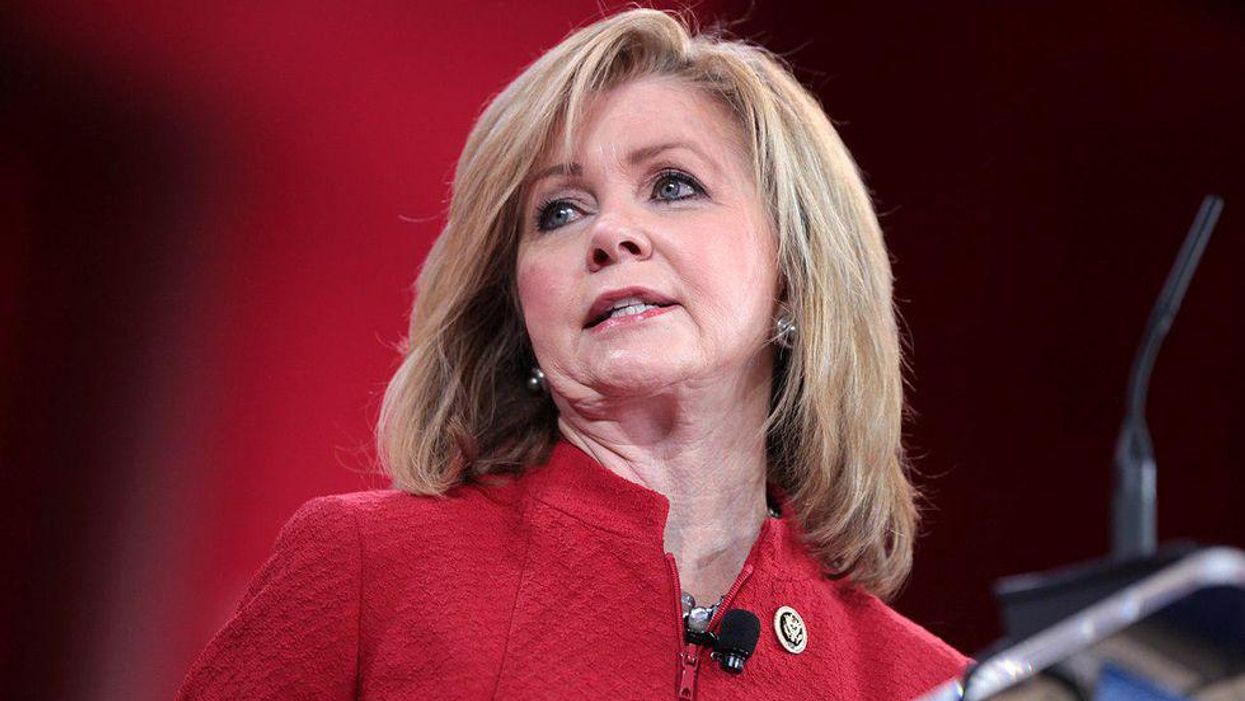 President Biden's infrastructure plan includes $400 billion in home care spending. Forbes Magazine describes Sen. Marsha Blackburn (R-TN) as "a champion of the GOP's semantic objections" to that proposal. She and her fellow Republicans claim that home health care doesn't fall under the definition of infrastructure the same way rails and highways do, and therefore shouldn't be included in an infrastructure plan. They're attacking it on semantic grounds, rather than substantive ones, because the proposal itself is extremely popular.

But they're not even right on semantic grounds. Home care is infrastructure, according to most standard definitions of the word.

We can look to our own daily lives for an analogy. Everybody has had a personal argument with someone over money. It might be an old debt, a restaurant bill, gas money, or utility expenses. Whatever the cause, there's often a point where someone says, "It's not the money, it's the principle of the thing."

Sound cynical? First, let's see how dictionaries define "infrastructure." The Merriam-Webster dictionary was founded by Noah Webster in 1806, which makes it about as American as they come. Its first definition for "infrastructure" reads, "the system of public works of a country, state, or region; also, the resources (such as personnel, buildings, or equipment) required for an activity." (Emphasis mine.)

So, Biden's proposal fits Merriam-Webster's definition. What would they say on the other side of the Atlantic, where our language was allegedly born? The Oxford Languages Dictionary's first definition of "infrastructure" is, "the basic physical and organizational structures and facilities (e.g. buildings, roads, power supplies) needed for the operation of a society or enterprise." As an example of its use in context, this phrase is offered: "the social and economic infrastructure of a country." (Emphases mine.)

Oxford's example doesn't include any physical infrastructure at all.

Wikipedia offers a helpful distinction between "hard" and "soft" infrastructure:

"Hard infrastructure refers to the physical networks necessary for the functioning of a modern industry. This includes roads, bridges, railways, etc. Soft infrastructure refers to all the institutions that maintain the economic, health, social, environmental, and cultural standards of a country. This includes educational programs, official statistics, parks and recreational facilities, law enforcement agencies, and emergency services."

The only definition of "infrastructure" I could find that did not include personnel or "soft" infrastructure, in fact, came from Investopedia. That site, as its name implies, caters to investors and other members of the financial class. Investopedia defines "infrastructure" as "the general term for the basic physical systems of a business, region, or nation. Examples of infrastructure include transportation systems, communication networks, sewage, water, and electric systems."

Investopedia adds, "These systems tend to be capital intensive and high-cost investments, and are vital to a country's economic development and prosperity… [They] may be funded publicly, privately, or through public-private partnerships."

This is infrastructure as seen by those who seek to turn public funds into private profit. There's money to be made in building, maintaining, and insuring physical construction. But funds to hire home health care workers and pay them a decent wage? It's hard for developers and investors to take a cut of that. Biden's plan might have received a warmer GOP welcome if it allocated $400 billion to build sterile cinderblock facilities to warehouse people in need of care. But human beings helping other human beings? There are no "capital intensive" opportunities there.

No wonder, then, that Sen. Blackburn has proposed her own infrastructure "plan," the "Paving the Way for Rural Communities Act of 2021." It proposes to eviscerate "the National Environmental Policy Act (NEPA), the National Historic Preservation Act (NHPA), and the Endangered Species Act (ESA)," each of which it mentions by name. Blackburn and the bill's other co-sponsor, Sen. Cindy Hyde-Smith (R-Miss.), describe it as a "tax-free" way to "remove burdensome regulations" and "level the playing field for rural America."

This should surprise precisely nobody. For Republican politicians and their backers, deregulation is holy writ. For others, it means the evisceration of vitally important protections. But there's one thing deregulation isn't. It's not infrastructure—by any definition of the word.

Blackburn's semantic song and dance isn't fooling the editors of the Johnson City Press, based in Johnson City in east Tennessee. Their editorial was headlined, simply enough, "Why does Blackburn oppose elder care?" That question should be asked of every Republican who tries this semantic dodge.

"In today's political climate," the Johnson City Press declares, "the senator believes she can cotton up to voters by playing games with people's lives." That includes word games, apparently, and nobody should fall for it. Infrastructure, like charity, begins at home.

Richard "RJ" Eskow is senior adviser for health and economic justice at Social Security Works. He is also the host of The Zero Hour, a syndicated progressive radio and television program.