'Get the hell out of our great country': Marjorie Taylor Greene claims rage-filled rant speaks for all Americans 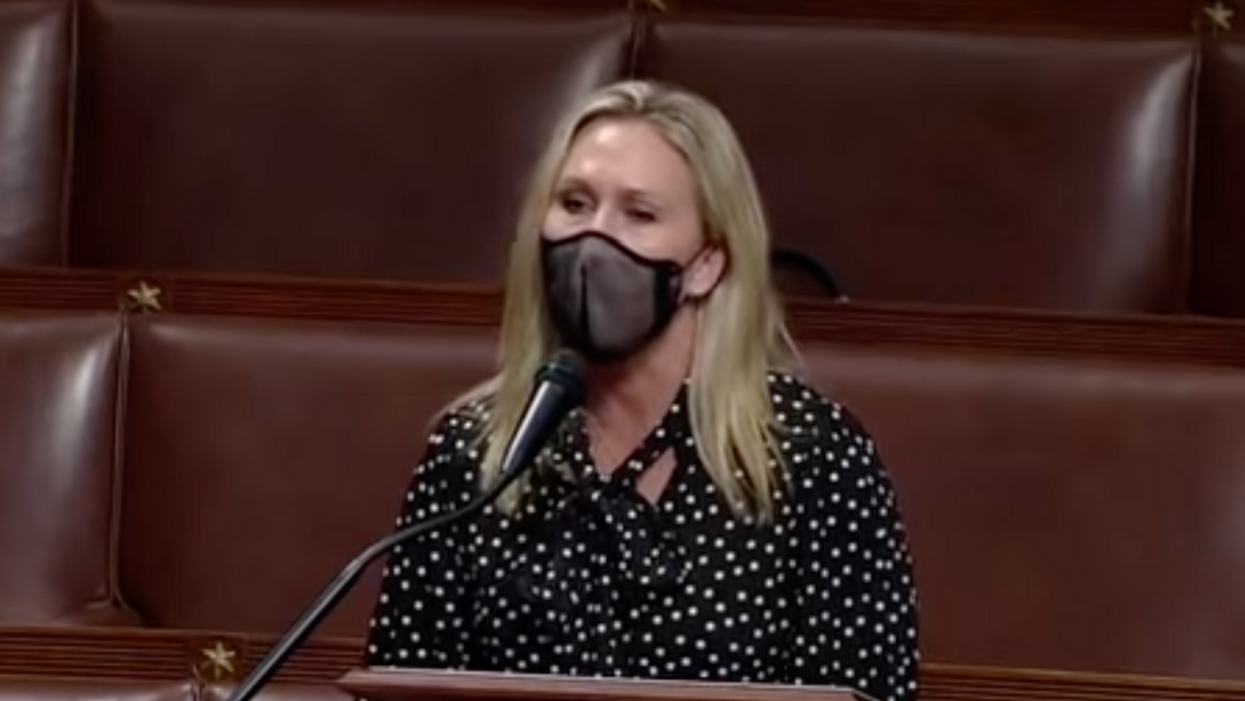 In an Independence Holiday Monday evening rant Georgia Republican QAnon Congresswoman Marjorie Taylor Greene, an antisemitic, conspiracy-theory promoting, anti-vaxxer, anti-masker, anti-science, anti-LGBTQ, "Big Lie" pusher and white supremacy-purveyor served up a lengthy diatribe in which she claimed to speak for the American people in "a message from America to the Swamp."

She parrots recent news stories saying Republicans will attack Democrats on crime, defunding the police, and the border – most of which are essentially right wing media click bait that bear, for the most part, little resemblance to reality.

According to Greene, racism is over:

Clearly, homophobia and transphobia are not only not over, she is encouraging anti-LGBTQ hate:

While she accuses Democrats of hating America because we are working to help America live up to its ideals and because we don't all drive around with American flags on our cars.

Doing Donald Trump's dirty work Greene again suggests the 2020 election was stolen, and appears to invoke a Rasmussen poll that claims 51% of all voters think there was sufficient fraud to move the election to Joe Biden – despite countless studies and lawsuits and reports from the Trump administration definitively finding there was no significant fraud.

Many Republican voters want the 2020 election "fixed before '22 & even democrat voters admit there was fraud with absentee ballots," she claims.

But possibly the most dangerous part of her diatribe is this anti-mask, anti-vaxx science denying support of herd immunity – which could lead to yet another pandemic wave in some parts of the country – primarily the parts she draws her support from.

Greene goes on to attack U.S. Rep. Alexandria Ocasio-Cortez, in yet another disturbing look into her AOC obsession. She also goes after Vice President Kamala Harris, Speaker Nancy Pelosi, and Rep. Ilhan Omar and "the Progressive Squad aka Communists":'

Here's how Greene concluded her rant:

And here's a video she posted on July 4th. Notice anything?