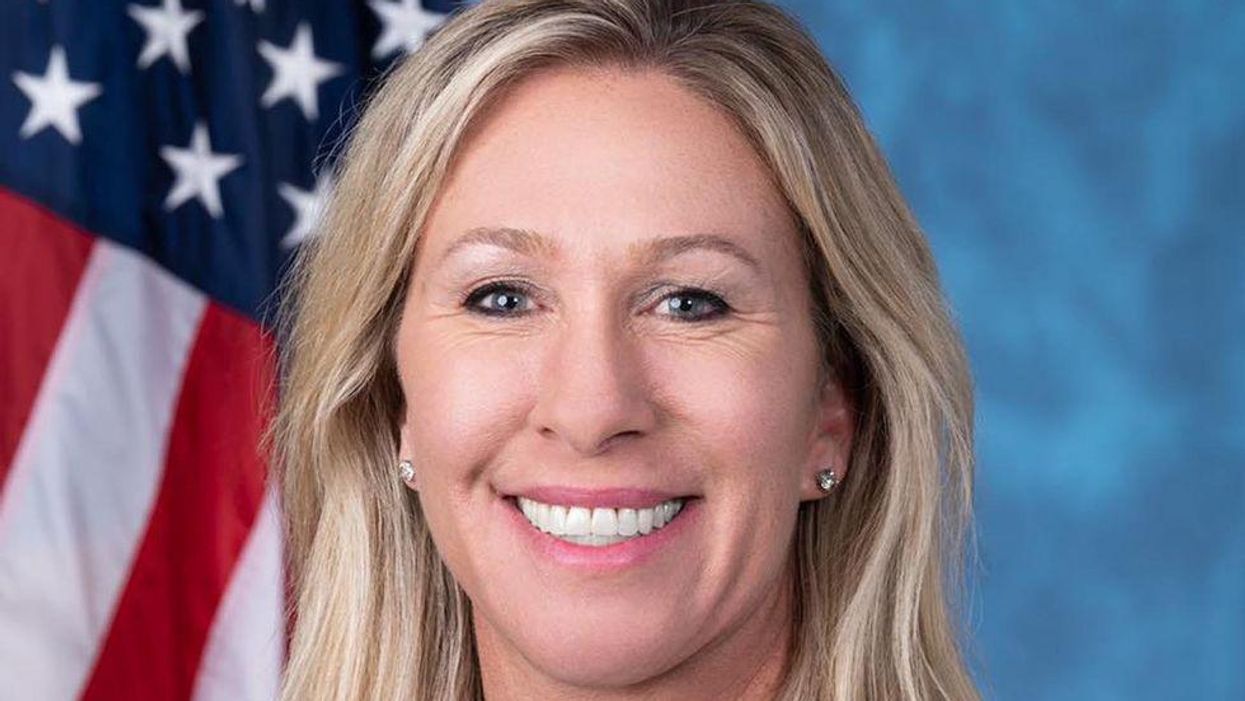 Twitter temporarily suspended freshman Rep. Marjorie Taylor Greene, R-Ga., on Monday for sharing misinformation downplaying the severity of the coronavirus as well as the benefits of getting vaccinated.

Her remarks, which earned her a 12-hour suspension, came in response to a Sunday tweet by embattled surgeon Dr. David Samadi, a regular expert on Fox News.

"In the United Kingdom," Samadi wrote, "47% of new COVID-19 cases are vaccinated people."

Greene responded to Samadi later that day: "This is why no entity should force NON-FDA approved vaccines or masks. Instead help people protect their health by defeating obesity, which will protect them from covid [sic] complications & death, and many other health problems. We should invest in health, not human experimentation."

Greene fired off another round of what Twitter flagged as "misleading" on Monday following a tweet by Rep. Thomas Massie, R-Ky., who claimed he'd received a tip from a military source warning that a substantial number of officers would resign if a vaccine mandate was applied to service members.

"The controversial #COVID19 vaccines should not be forced on our military for a virus that is not dangerous for non-obese people and those under 65," Greene said in response. "With 6,000 vax related deaths and many concerning side effects reported, the vax should be a choice not a mandate for everyone."

Twelve-hour suspensions are typically doled out in cases where the offender has violated Twitter's policies at least once or twice. Additional violations could earn Greene a permanent suspension. The Republican blamed "communist California" for getting her "canceled."

"As if I haven't been canceled enough this past week, now Twitter has banned me for 12 hours," she said on Newsmax following her suspension on Monday. "We are being canceled and our speech is being canceled," she continued, according to Mediate. "And we're being blamed for it. So you can see what's going on. This is communism. This is communism when you have American cities canceling two members of Congress's events at private venues," she said, referring to recently canceled rallies for her and Rep. Matt Gaetz, R-Fla., who is currently under federal investigation.

"Twitter, who is playing a big part and a role with Big Tech and Facebook and the White House – apparently the Joe and the Biden administration – in censoring Americans, along with the communist cities in communist California who doesn't [sic] believe that America first represents their values, in Anaheim or Riverside."

Greene – a far-right spreader of myriad conspiracy theories – has over the last year built up a reputation for herself as perhaps the foremost congressional Covid denialists, often disputing the danger of the virus or downplaying the need for public health precautions, including getting vaccinated.

Back in May, Greene's comments prompted a downpour of backlash when she compared Nazi Germany to a Tennessee grocery store program of having employees wear "vaccination logos."

"Vaccinated employees get a vaccination logo just like the Nazi's [sic] forced Jewish people to wear a gold star," tweeted Greene. "Vaccine passports & mask mandates create discrimination against unvaxxed people who trust their immune systems to a virus that is 99% survivable."

"Biden pushing a vaccine that is NOT FDA approved shows covid is a political tool used to control people," the lawmaker tweeted. "People have a choice, they don't need your medical brown shirts showing up at their door ordering vaccinations. You can't force people to be part of the human experiment."

Greene's latest comments come amid substantial pushback from the White House against Covid-related misinformation. On Friday, President Biden said that social media sites like Facebook were "killing people" as a result of their failure to moderate misinformation about the virus and vaccine.

After criticism from Facebook, Biden watered down his rhetoric, suggesting that only certain social media users – rather than Facebook itself – is responsible for the promulgation of misinformation.