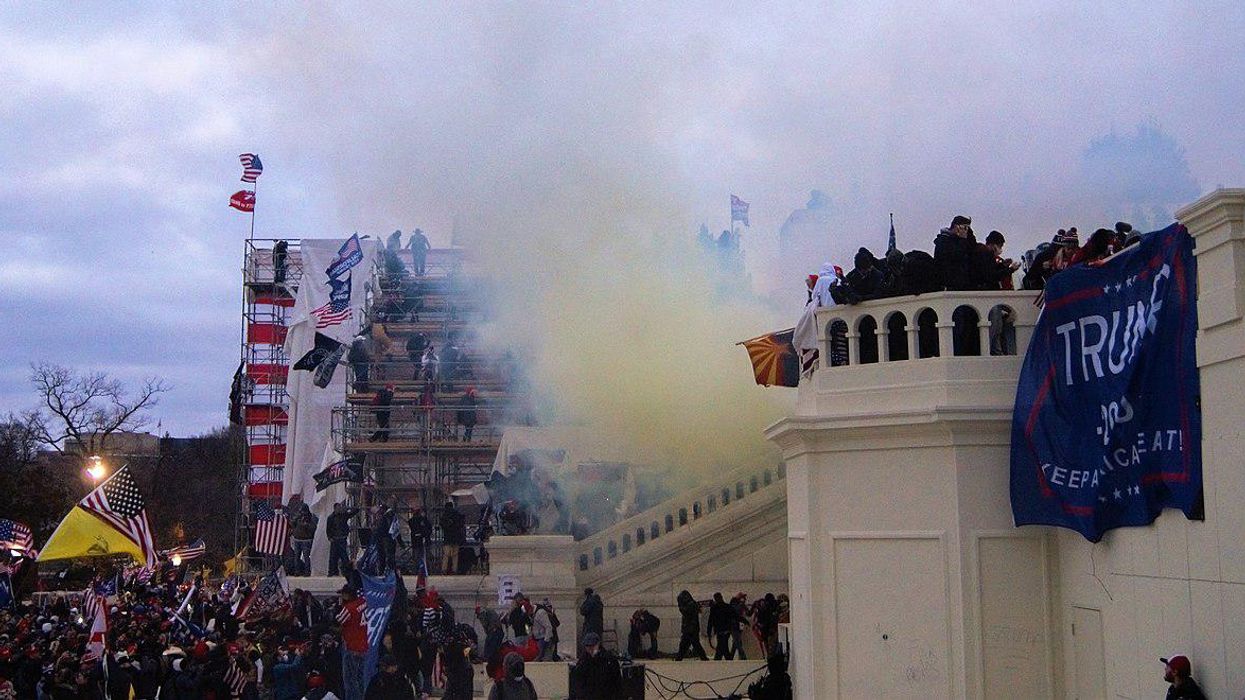 Fox News' Maria Bartiromo has been drawing a great deal of criticism for her Sunday, July 11 interview with former President Donald Trump, who described the January 6 insurrection as a "lovefest" comprised of "peaceful people." Bartiromo is being slammed as reckless and irresponsible for encouraging Trump to promote such nonsense on her show. But one cable news pundit who clearly isn't promoting that description of the January 6 attack is MSNBC's Mehdi Hasan, who aired graphic video showing that the Capitol insurrection was hardly a "lovefest."

Hasan then aired graphic January 6 images showing just how violent the assault on the U.S. Capitol Building was, while Trump is heard saying — on Bartiromo's show — "There was such love at that rally. And they were peaceful people. These were great people. The crowd was unbelievable, and I mentioned the word 'love.' The love in the air — I've never seen anything like it."

While images of the Capitol rioters attacking police officers aired on Hasan's show, Trump could be heard telling Bartiromo, "And frankly, the doors were open, but there was also a lovefest between the police — the Capitol Police — and the people that walked down to the Capitol. People who walked with no guns, with no nothing. And they're tremendous — in many cases, tremendous people."

The "tremendous people" Trump referred to on Bartiromo's show could be heard chanting, "Hang Mike Pence, hang Mike Pence." On January 6, some of the insurrectionists set up a hangman's gallows outside the U.S. Capitol Building, showing their intention to lynch the former vice president if they got ahold of him."

Here are some Twitter responses to Hasan's takedown of Trump's interview with Bartiromo:

@mehdirhasan @MehdiHasanShow I wish they'd get their damn stories straight. 1st it was Antifa. Then it was just a t… https://t.co/G5WlQTupIG
— Reggie Stein (@Reggie Stein) 1626142432.0