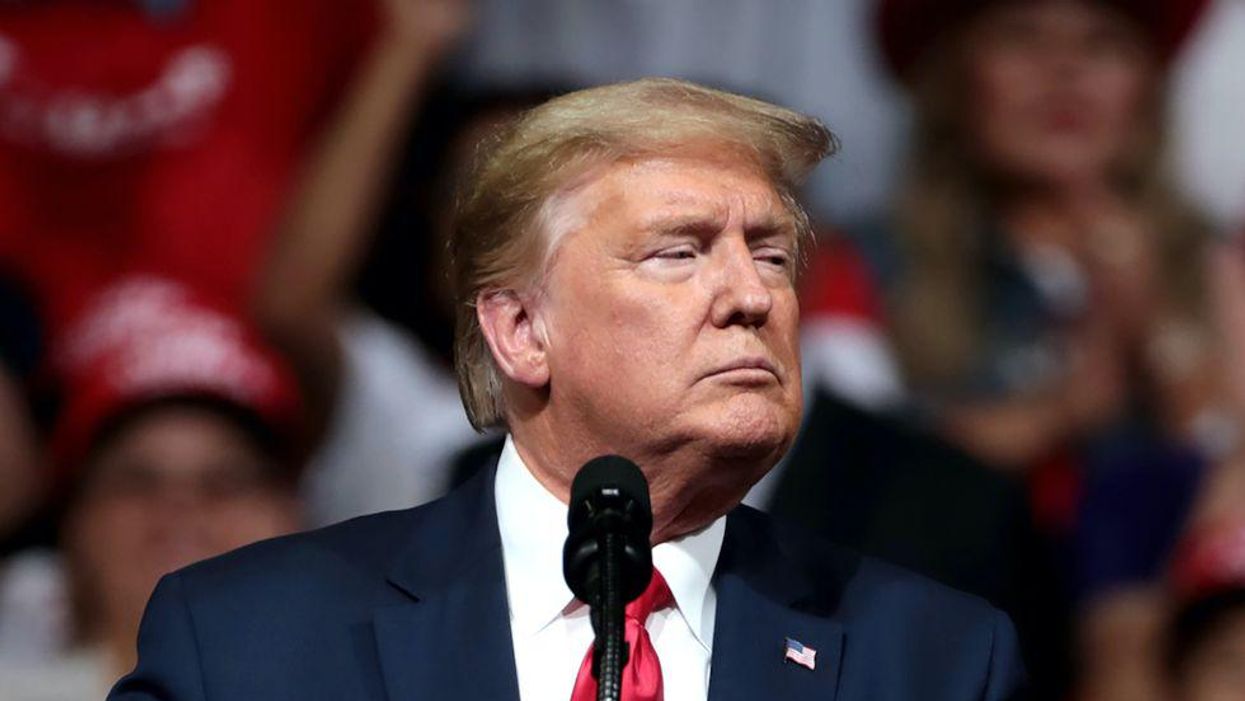 There are 121 people still unaccounted for after almost 55 units of a 136-condo-building in Florida were flattened when the building collapsed on June 24, CNN reported. The news network confirmed the death toll at 24 people on Saturday in Surfside. Those facts, however, didn't stop former President Donald Trump from holding a rally across the state in Sarasota, The New York Times pointed out.

"The political rally in the midst of a disaster that has horrified the nation became a topic of discussion among aides to the former president and Gov. Ron DeSantis of Florida, a Trump ally whose growing popularity with the former president's supporters is becoming an increasing source of tension for both men, according to people familiar with their thinking," New York Times journalist Annie Karni wrote. When asked in advance by the governor's chief of staff if Trump planned to cancel the event on Saturday, the former president's team gave no such indication.

Liz Harrington, a spokeswoman for Trump told the Times the rally in Sarasota was "three-and-a-half hours away, approximately the same distance from Boston to New York, and will not impact any of the recovery efforts." She said Trump "has instructed his team to collect relief aid for Surfside families both online and on-site at the Sarasota rally."

DeSantis' press secretary Christina Pushaw told The Washington Examiner: "Governor DeSantis is focusing on his duties as governor and the tragedy in Surfside, and has never suggested or requested that events planned in different parts of Florida — from the Stanley Cup finals to President Trump's rally — should be canceled."

At the actual rally, Trump dedicated a short moment of silence for victims and their family then as Karni put it, "quickly launched into a castigation of cancel culture and of the (President Joe) Biden administration's immigration policies."

Trump tried to deem a "15-year tax fraud scheme" and resulting 15 felony charges against the Trump Organization and CFO Allen Weisselberg "prosecutorial misconduct." Then, he made a reference to benefits of the crimes that seemed to be an admission of guilt. "And yet they go after good hard-working people for not paying taxes on a company car, a company car," Trump said. "You didn't pay tax on the car, or a company apartment. You used an apartment because you need an apartment because you have to travel to far where your house is. You didn't pay tax.

"Or education for your grandchildren. I don't even know, do you have to put, does anybody know the answer to that stuff?"

His son, Donald Trump Jr., also seemed to implicate the former president in an interview on Fox News. "They say he didn't pay taxes on $1.7 million worth of stuff over 16 years," Donald Trump Jr. said. "So that's to New York state 8% of that, $136,000. Half of that was because my father paid for his grandchildren's school in New York City, so you take that out. It amounts to about five grand a month."

By Sunday morning, "LoserPalooza" was trending on Twitter. While that may have had more to do with a plane that flew over the rally with the scrolling text "Loser-Palooza," the phrase certainly seems fitting for a rally accomplishing little more than further inflating the ego of a man accused of inciting an attempted coup because he loss an election.