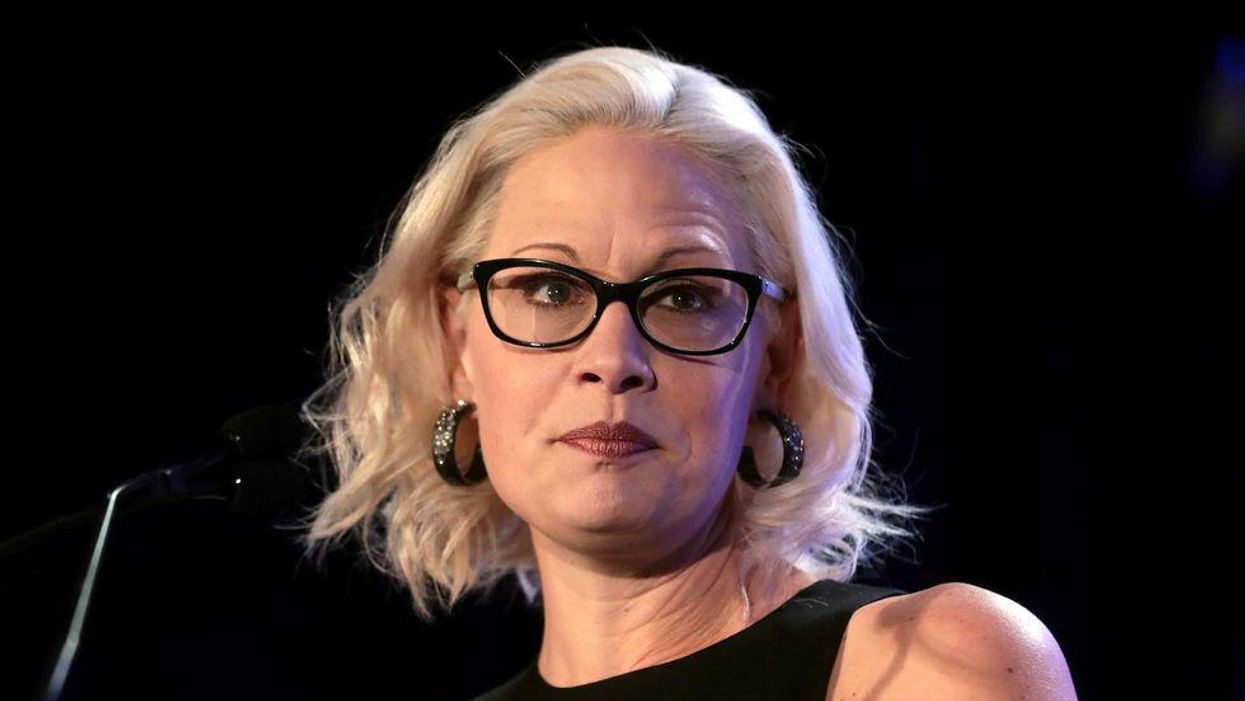 Arizona Democratic Sen. Kyrsten Sinema was riding high on Wednesday as a group of Republicans announced their support for a bipartisan infrastructure deal, though by the afternoon, it still wasn't clear if it had enough votes to pass. Just as momentum was building for that legislation, though, Sinema deflated hopes for Democrats' follow-up act: a $3.5 billion budget reconciliation bill.

The budget bill only requires 50 votes to pass, avoiding the 60-vote threshold that the Senate typically requires to enact a law. That means Democrats don't need any Republican votes to pass a budget bill. But with only 50 Democratic lawmakers in the Senate, the party needs every member on board if it's going to shove its spending priorities through the budget process, as has long been the plan. In a Wednesday statement to the Arizona Republic, though, Sinema announced she doesn't want to spend $3.5 trillion in the bill.

"I have also made clear that while I will support beginning this process, I do not support a bill that costs $3.5 trillion — and in the coming months, I will work in good faith to develop this legislation with my colleagues and the administration to strengthen Arizona's economy and help Arizona's everyday families get ahead," she said.

The budget bill includes spending on major Democratic priorities, including elder and disability care, climate change, and pre-kindergarten education. With Sinema's opposition to the current structure of the bill, it will have to be scaled back. She indicated that she supports some of the proposals but objects to the size.

Sinema has already irritated many of her Democratic colleagues and voters with her aggressive centrism. Unlike West Virginia Democrat Sen. Joe Manchin, Sinema comes from a swing state, rather than a deep red state, so it's less explicable why she is such a frequent opponent of her party's priorities.

And her announced opposition to the budget package comes at an awkward and tense time. Many progressives in Congress have been deeply frustrated with the interminable negotiations over the bipartisan infrastructure deal — in which Republicans haven't been forced to make real substantive concessions. It was the centrists like Sinema and Manchin who insisted on carrying out the protracted negotiations with Republicans, even though the justification for the process was less than compelling. Progressives have gone along with the process and largely held their tongues because they saw the budget deal as the place where they could really achieve their priorities.

Now Sinema is has announced that she's not done using her leverage to control the process. She wants to slice up or contract the budget deal to suit her own preferences.

President Biden and the rest of the Democrats are highly motivated to pass something big, both to pursue their values as legislators and to prove to the voters that they're worth keeping in power. But by making this play at a crucial point in the bipartisan negotiations, Sinema risks sparking a backlash from progressives who feel they've had the rug pulled out from under them. That could cause further turmoil within the ranks, and for no clear reason. Sinema gave no justification for scaling back the bill's ambitions.

If she's successful in cutting some of the spending, Sinema will also likely undermine some of its goals. Some argue that the proposal was already far too limited and not enough to meet the large challenges of our time, such as climate change.

For the senior senator from Arizona, though, such considerations rarely seem at the top of mind. For whatever reason, she prioritizes positioning herself as a thorn in the Democrats' side.