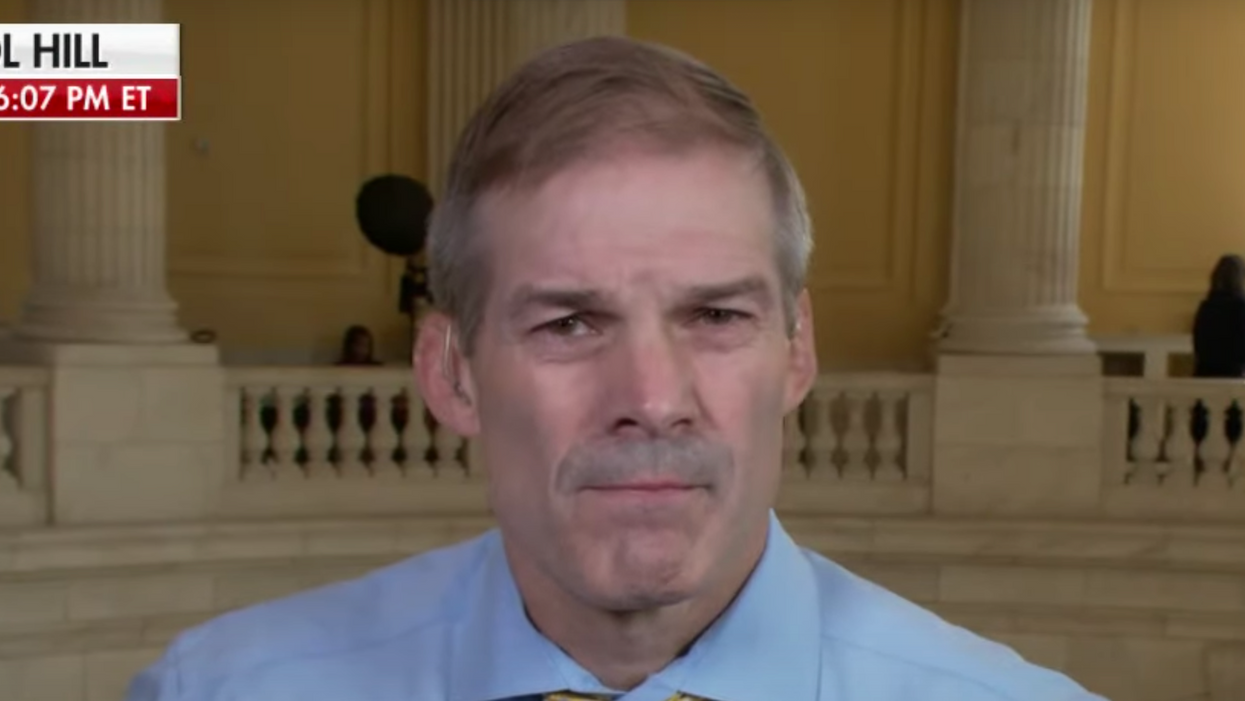 Speaking with Fox News host Bret Baier on Tuesday, Rep. Jim Jordan admitted that he spoke to then-President Donald Trump on Jan. 6, a fact that could make him a crucial witness for the select committee that he has been eager to join.

House Speaker Nancy Pelosi blocked Jordan from joining the Jan. 6 committee, due to his clear hostility toward any investigation that might impugn Trump or his followers. In response, House Minority Leader Kevin McCarthy, Jordan, and other Republicans have fumed with outrage in an attempt to discredit the committee before its work even began.

But Jordan's admission on Tuesday provides even more justification for keeping Jordan off the committee. As Wyoming Republican Rep. Liz Cheney argued on Tuesday, one of the committee's central goals should be to determine what was going on at the White House while the Capitol was being attacked on Jan. 6. Jordan may have information that can help answer that question, and further shed light on Trump's explicit intentions regarding the day's rally and riot, because of his conversation with Trump. (Others have already suggested other reasons Jordan could be considered a material witness to the probe.)

It is, of course, not clear what Trump and Jordan talked about on Jan. 6. But his reaction to being questioned about the incident by Baier actually suggests he's hiding something. He bent over backward not to directly answer Baier when asked if he spoke with Trump on that day.

Baier started specifically by asking if Jordan spoke to Trump on Jan. 6, and the congressman responded that he's spoken to Trump "countless times." He tried to deflect and dodge the inquiry by offering up that he doesn't talk about the substance of his conversations with Trump. It wasn't until Baier pushed a third time about whether they spoke on Jan. 6 that Jordan finally provided a direct answer: "Yes." But he quickly tried to pivot away to talking about other times he spoke to Trump, even though Baier clearly wasn't asking about those incidents.

In case it wasn't clear if Jordan was really answering Baier's question when he said "yes," the host gave Jordan another opportunity to clarify by following up with an inquiry about Trump's thoughts on the day. Instead of answering the question or offering any more insight into the topic Baier was pursuing, Jordan pivoted away once again to say that the "fundamental questions" are about U.S. Capitol security, rather than the motivations behind the Jan. 6 attack.

We already know Trump spoke to Rep. Kevin McCarthy during the attack, and the reports of that conversation indicate the president expressed sympathy for the people storming the Capitol. Jordan's evasiveness around the question of his conversation with Trump suggest that his own account might be similarly damaging to Trump. But we won't know unless we actually get his testimony and hear an accurate account of what happened.