'What?!': Kevin McCarthy aide stuns a CNN host with his excuse for not wanting to investigate Jan. 6 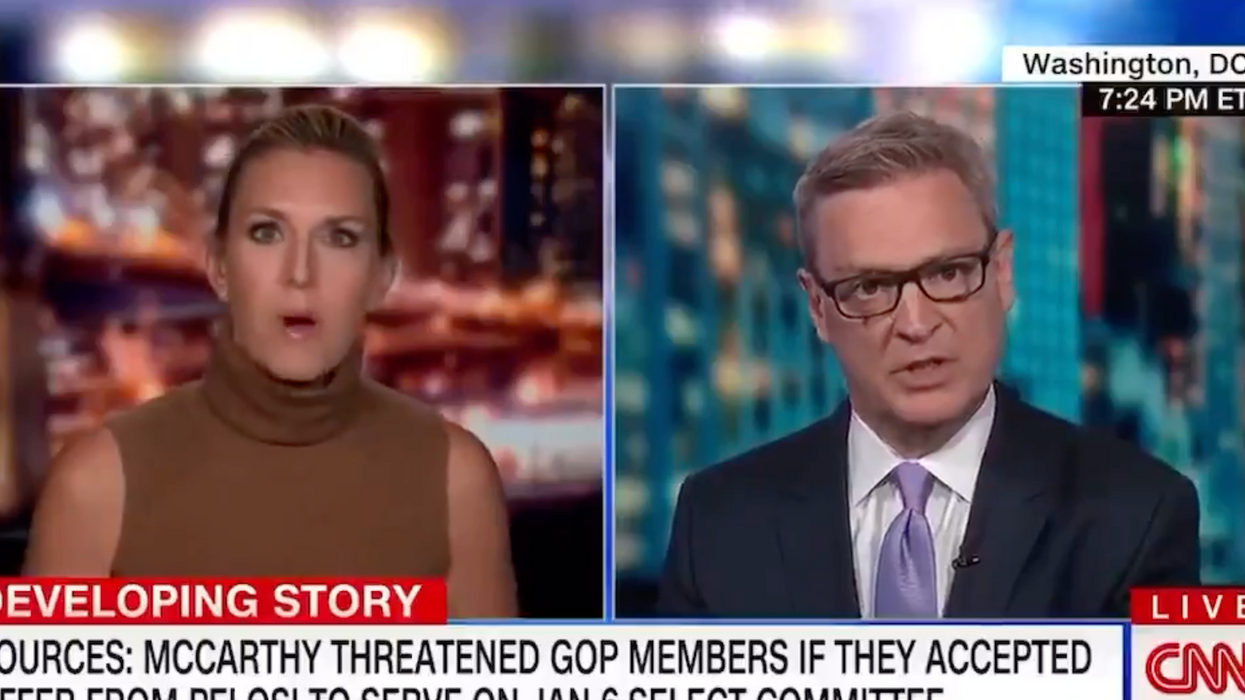 House Minority Leader Kevin McCarthy is vehemently opposed to Speaker Nancy Pelosi's select committee on the January 6 insurrection, even going so far as to threaten that Republicans who participate will be stripped of their current committee assignments. Republican Mike Shields, a McCarthy aide, defended the House minority leader during an appearance on CNN this week — and the interview went off the rails when Shields implied that most Americans couldn't care less about the violent January 6 attack on the U.S. Capitol Building.

Shields told CNN's Poppy Harlow, "If the Democrats want to run in '22 on January 6 — which affects no one's lives in this country every day — Republicans are going to run on securing the border."

That's when Harlow, sounding flabbergasted, jumped in — saying, "What?!.... Hold on! January 6 affects no one's lives in this country?!"

Harlow pushed back against Shields' claim that January 6 doesn't matter, forcefully telling the McCarthy aide, "Mike! An ongoing life, a life-or-death threat, according to DHS and the FBI."

Shields, at that point, tried to claim that January 6 should be left to the FBI, not probed by members of Congress — as if one rules out the other.

"That's why the FBI is investigating it," Shields told Harlow. "Political theater has no bearing on that."

Here are some reactions to Shields' CNN appearance:

@LincolnWatchman @joncoopertweets When someone comes on and spews this kind of crap, their name shouid be permanent… https://t.co/73gUnuELW5
— erica crist (@erica crist) 1625241039.0

@LincolnWatchman This is the point at which they should cut his mic and explain to the audience that he’s aiding an… https://t.co/AnbMHcHMX1
— John Panzer (@John Panzer) 1625240328.0