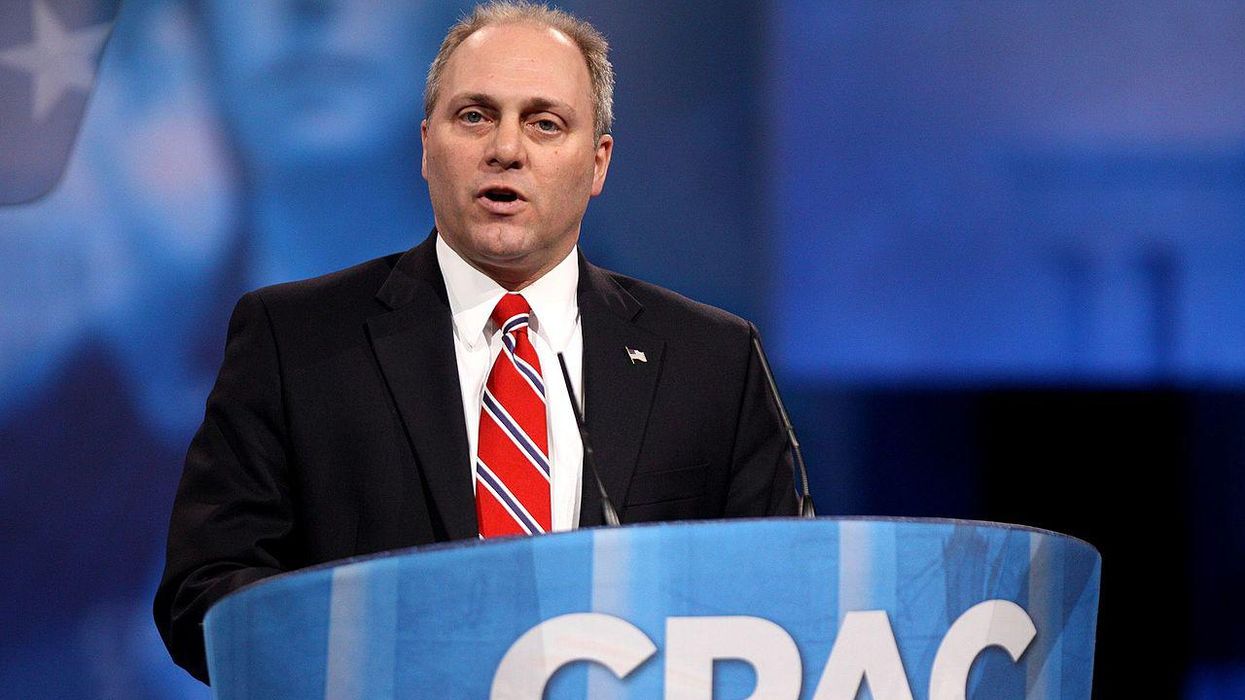 Under the leadership of Senate Minority Leader Mitch McConnell, Republicans in the U.S. Senate recently torpedoed a bill calling for a 9/11-style commission on the January 6 insurrection. House Speaker Nancy Pelosi, however, has come up with an alternative: a select committee on January 6, which House Minority Leader Kevin McCarthy is bitterly opposed to. And the St. Louis Post-Dispatch's editorial board, in a scathing editorial published on July 4, slams the House GOP leaders who are complaining about Pelosi's committee.

McCarthy has even gone so far as to threaten that any House Republicans will be stripped of their current committee assignments if they participate. But Rep. Liz Cheney of Wyoming has accepted Pelosi's invitation to join her committee, much to the chagrin of McCarthy and House Minority Whip Steve Scalise. Cheney, having already lost her position as House Republican Conference Chair for openly supporting former President Donald Trump's impeachment, had nothing to lose.

The Post-Dispatch's editorial board explains, "Because Senate Republicans refused to entertain the logical and responsible idea of a 9/11-style commission to investigate the January 6 insurrection, House Democrats have decided to create a congressional version…. Anyone who values the sanctity of the Capitol and cherishes democracy should not only support but demand an investigation into what happened and who was behind it. But GOP leaders are willing to do anything to avoid the uncomfortable truth of what was done in the Republican Party's name on January. So, they don't dare support this commission or any other dedicated to exposing the truth."

Pelosi, the editorial board notes, has "named eight lawmakers to the newly formed select committee tasked with investigating insurrection." Seven are Democrats, while Cheney is the lone Republican.

"Pelosi said she would name Rep. Liz Cheney as the speaker's sole Republican designee, along with seven Democrats," the Post-Dispatch explains. "Cheney said she'd be honored."

But McCarthy, the Post-Dispatch editorial board laments, "couldn't be clearer about his desire to keep Republicans as far away from the truth as possible, because living in a lie is far more convenient for now."

"The GOP had its chance to have a true non-partisan commission," the Post-Dispatch editorial board argues. "The leadership refused. Now, the only Republican so far on the select panel has been threatened with losing her committee assignments. This is one of the saddest examples yet of how low the Republican Party has sunk."