Constitutional scholar explains why the Jan. riot 6 would have been the Founding Fathers' worst 'nightmare' 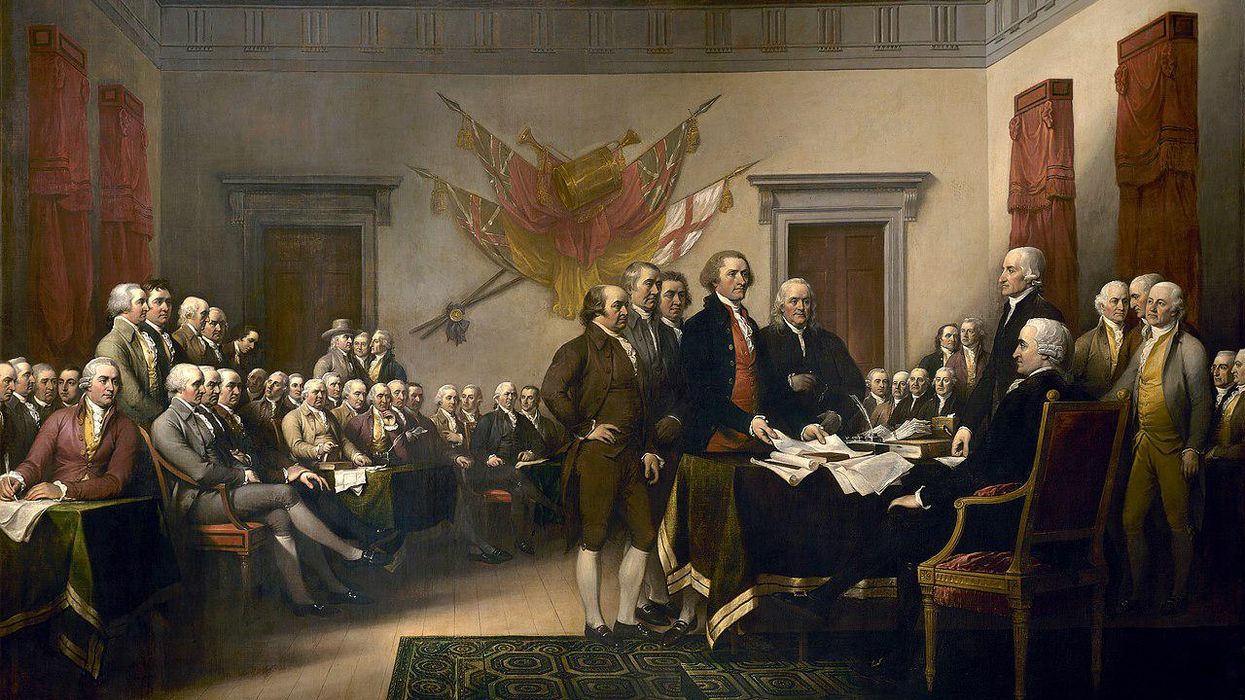 Half a year later, January 6, 2021 continues to be — to borrow President Franklin Delano Roosevelt's description of the December 7, 1941 Pearl Harbor attack — a date that lives "in infamy." Many Republicans would like to forget about January 6, including House Minority Leader Kevin McCarthy and Senate Minority Leader Mitch McConnell. But when the president of the National Constitution Center in Philadelphia was interviewed by CBS News' Major Garrett recently, he stressed that the United States' Founding Fathers would be horrified by the January 6 assault on the U.S. Capitol Building.

National Constitution Center President Jeffrey Rosen, not to be confused with former Acting U.S. Attorney General Jeffrey A. Rosen, told Garrett, "January 6 represents the Framers' nightmare. This is a nonpartisan statement. It's a statement of fact to say that what they most feared was armed mobs interrupting the peaceable engines of government."

Garrett interviewed the 57-year-old Rosen for CBS News' podcast "The Takeout." CBS News reporter Grace Segers, in an article published on July 2, notes, "Rosen explained that the Framers wrote the Constitution in part as a response to Shays' Rebellion of 1786, during which, a mob unsuccessfully tried to overthrow the government. The rebellion served as a catalyst for the Constitutional Convention to create a new government to replace the one established by the Articles of Confederation."

Segers continues, "The mob that overran the Capitol sought to overturn the results of the 2020 election. But unlike the members of the Shays' Rebellion, many of whom were Revolutionary War veterans responding to economic injustices, the rioters attacked the Capitol because they believed false claims that the election had been stolen. Those falsehoods continue to be promoted by former President Trump and some Republican members of Congress."

Rosen, during the interview, warned that U.S. democracy is in trouble when members of a major political party cannot even condemn an insurrectionist attack like the one that occurred on January 6.

The National Constitution Center president told Garrett, "An age where people can't agree on the truth is one where we have a serious problem — and generally, the truth depends on some deference to expert bodies."