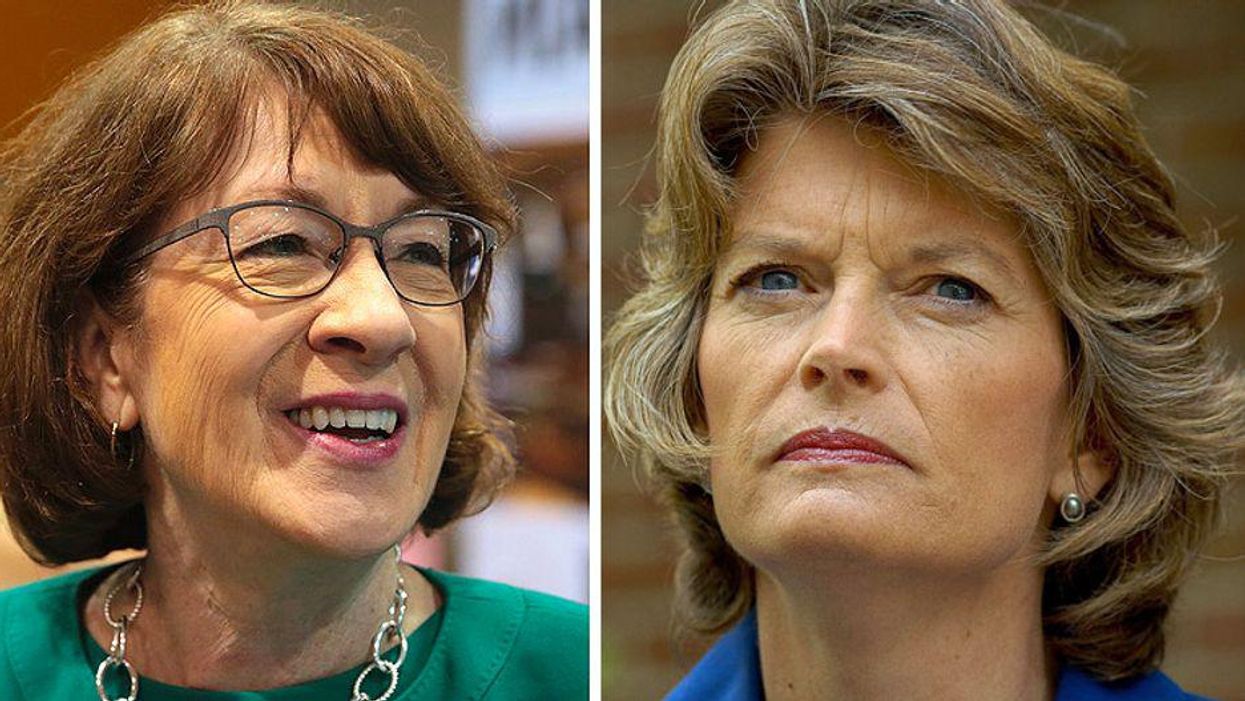 Another infrastructure week begins just like all the other ones have, with Republicans saying they're "optimistic" but Democrats laying out issues yet to be resolved in this bipartisan "hard" infrastructure proposal: "highways/bridges, water funding, broadband, Davis-Bacon [prevailing wages for projects using federal funds], using unspent Covid [money] as [a] payfor, infrastructure bank and transit."

Which is, well, most of it really. That leaves negotiators in essentially the same place they were Friday and, shockingly, not where Republican Sen. Susan Collins insisted they would be Monday: ready to vote.

Majority Leader Chuck Schumer tried to push Republicans with a vote last Wednesday to kick off a legislative process on this bipartisan infrastructure bill, and Republicans unanimously filibustered it because they just weren't ready after something like six weeks of "working" on it. On Friday, Republicans were trying to change the standard 80/20 funding breakdown between highway/transit programs. And were calling Democrats unreasonable for assuming that this standard funding formula was a given. One could say Republicans are not necessarily acting in good faith on that. Nonetheless, the White House and Democrats offered what they're calling a global deal—on every outstanding issue—Sunday.

The time crunch hasn't changed. If this isn't done this week, at least part of the August recess—now set to begin Aug. 9—will be rescinded, but this process has to play out to get the Democrats who insist on this bipartisan fiasco to be reassured that they've done everything possible with Republicans so they'll support the $3.5 trillion budget reconciliation bill that contains the rest of President Joe Biden's economic priorities, in which the human infrastructure parts include education, paid leave, child tax credits, and expansion of health care—all potentially transformational programs.

The bipartisan bill, for lack of a better description of what still seems to be cocktail napkin scribblings, is a number—$579 billion in "new" spending—that was agreed to weeks ago, and nearly a trillion in total spending. Where it's coming from and where it will be spent beyond the broad categories of infrastructure—water systems, highways, maybe transit, broadband—seems to continue to be in discussion. Details are scarce other than Republicans saying it's too much public transportation.

Their argument, according to Pennsylvania Republican Sen. Pat Toomey, is that transit got plenty of COVID-19 relief money. "Nobody's talking about cutting transit," Toomey said Sunday. "The question is, how many tens of billions of dollars on top of the huge increase that they have already gotten is sufficient? And that's where there is a little disagreement."

That funding was to keep transit programs afloat during the pandemic, allowing them to essentially survive. New funding is necessary for public transit to meet future requirements. That's where House Transportation Committee Chair Peter DeFazio—an Oregon Democrat—and 30 of his committee members come in. They've warned the Senate in a letter that they won't accept less than the $715 billion in the infrastructure bill, which they have already passed.

Public transportation groups agree. "The historical share for public transit from the Highway Trust Fund is 20%," Paul Skoutelas, president of the American Public Transportation Association, said Sunday. "It is the absolute minimum acceptable level to help sustain our nation's public transportation systems. It is imperative that we make robust, forward looking investments to modernize and expand public transit that will assist in our economic recovery from the COVID pandemic and get Americans back to work."

As of Monday morning, Republicans are rejecting that global offer from Democrats, saying it "goes against" what had already been agreed to, but since anything they've already agreed to hasn't been released to the public (if it has even been written down anywhere), no one outside the negotiations has any way of verifying that. A Republican source told Punchbowl News: "The 'global offer' we received from the White House and Chuck Schumer was discouraging since it attempts to reopen numerous issues the bipartisan group had already agreed to."

In other words, when Collins said last Wednesday that they "are making tremendous progress, and I hope that the majority leader will reconsider and just delay the vote until Monday," she was lying. Republicans insisted they had to have a bill before they could vote, even though last week's vote was purely procedural, an agreement that eventually there would be a bill to consider on the floor. Collins insisted that they could have that much by Monday—today. They don't. Surprise, surprise.