America 'on the brink of collapse': Historian breaks down the post-conservative right's most glaring contradiction 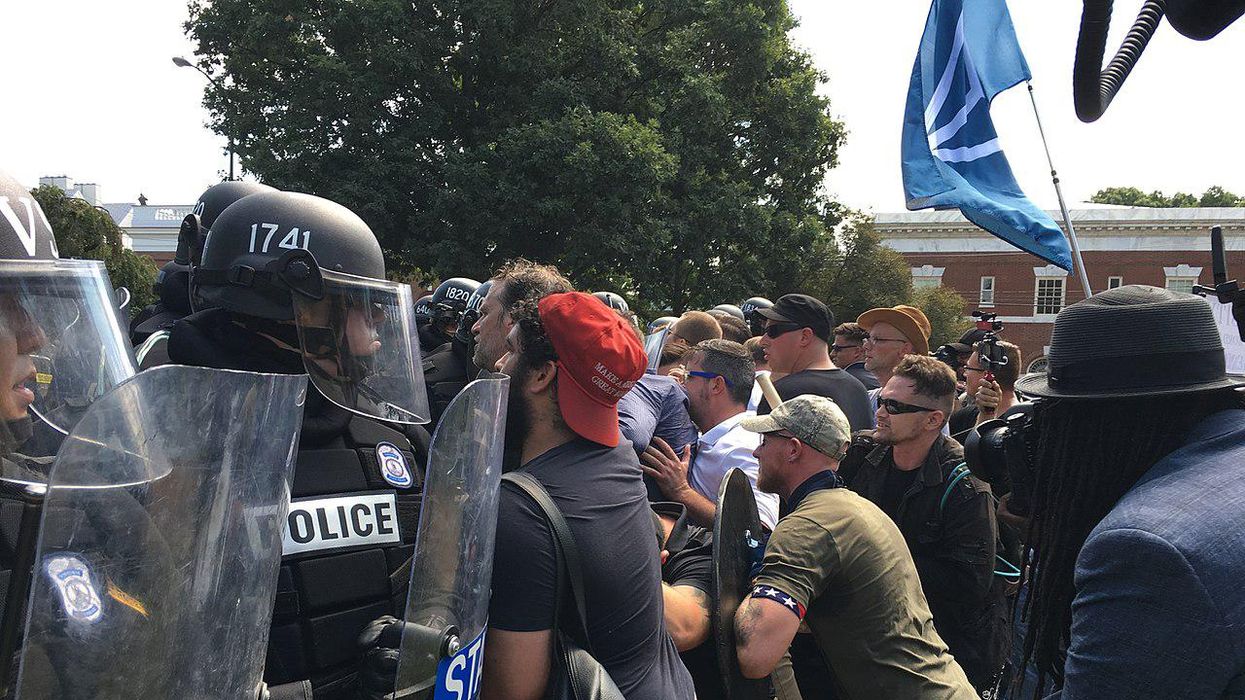 Historian Joshua Tait is known for focusing on the history of conservatism in the United States. Ask Tait about the influence of the late William F. Buckley or the platform of President Ronald Reagan's 1980 campaign, and he can recite chapter and verse. But Tait has major issues with Trumpism, and in an article published by The Bulwark on July 6, he addresses one of Trumpism's glaring contradictions: claiming to have an "unapologetic" love of the United States while expressing an intense hatred of half of its population.

"How is it that we hear the loudest jingoistic yelps from dismal patriots who cannot stand the state of the nation and half the people in it?," Tait argues. "Traditionally, the conservative right has prided itself on its heightened patriotism in contrast to the 'cosmopolitan' left…. An influential set of Trumpist intellectuals shows such disdain for progressives and 'elites,' and the country they supposedly corrupted, that their grandiose professions of love for country ring hollow."

In his article, Tait uses the term "post-conservative" to describe these liberal-hating Trumpistas — implying that they fall outside of traditional conservatism by failing to recognize Americans they disagree with as the loyal opposition.

"In a shift from earlier conservatives, key writers and publications from the pro-Trump and self-professedly post-conservative right have begun to see the United States not just at a critical point in its history, but in many ways, as past the point of no return," Tait explains. "They envisage America as under assault by disciplined and united leftists."

Tait cites Michael Anton and Glenn Ellmers, both with the Clairemont Institute, as examples of Trumpistas who view liberals and progressives not as the loyal opposition, but as haters of the United States. Anton, Tait notes, has said, "One side loves America, the other hates it — or can tolerate it only for what it might someday become." And in an article published by American Mind on March 24, Ellmers wrote, "Most people living in the United States today — certainly more than half — are not Americans in any meaningful sense of the term…. (They) may technically be citizens of the United States but are no longer, if they ever were, Americans."

Tait points out while it is nothing new for conservatives to argue that liberal and progressive ideas have been bad for the United States, the "post-conservative" Trump supporters go way beyond that.

"The narratives of decline identify various points at which the fatal misstep was taken — where everything started to go wrong," Tait explains. "Sometimes, it's (President Abraham) Lincoln, sometimes (President Woodrow) Wilson — often FDR or the 1960s. What's unusual about the Trumpist right is the extent to which they think that America is not just on the brink of collapse, but that it has already toppled. This may just be post-electoral defeat malaise, but increasingly, these American-greatness patriots appear to actively hate America and their fellow citizens."

President Joe Biden has emphasized that he considers himself president of all 50 states, including all the red states that Trump won in 2020. But Trump obviously doesn't see blue states as anything other than his enemies.

"In his public addresses," Tait observes, "President Biden has made a conscious effort to speak to all Americans. Donald Trump, by contrast, typically reverts to the language of us-versus-them — his people, the ones who want to make America great again, against their various enemies."

Trumpistas like to think that they represent "the real America," but Tait concludes his article by stressing that their "post-conservative" view is decidedly unamerican.

"Fundamentally at odds with modernity, the Trumpist intellectuals are at odds with the real America, but remain committed to the rhetoric of patriotism," Tait notes. "They are strangers in their own country, all the while professing to love it."