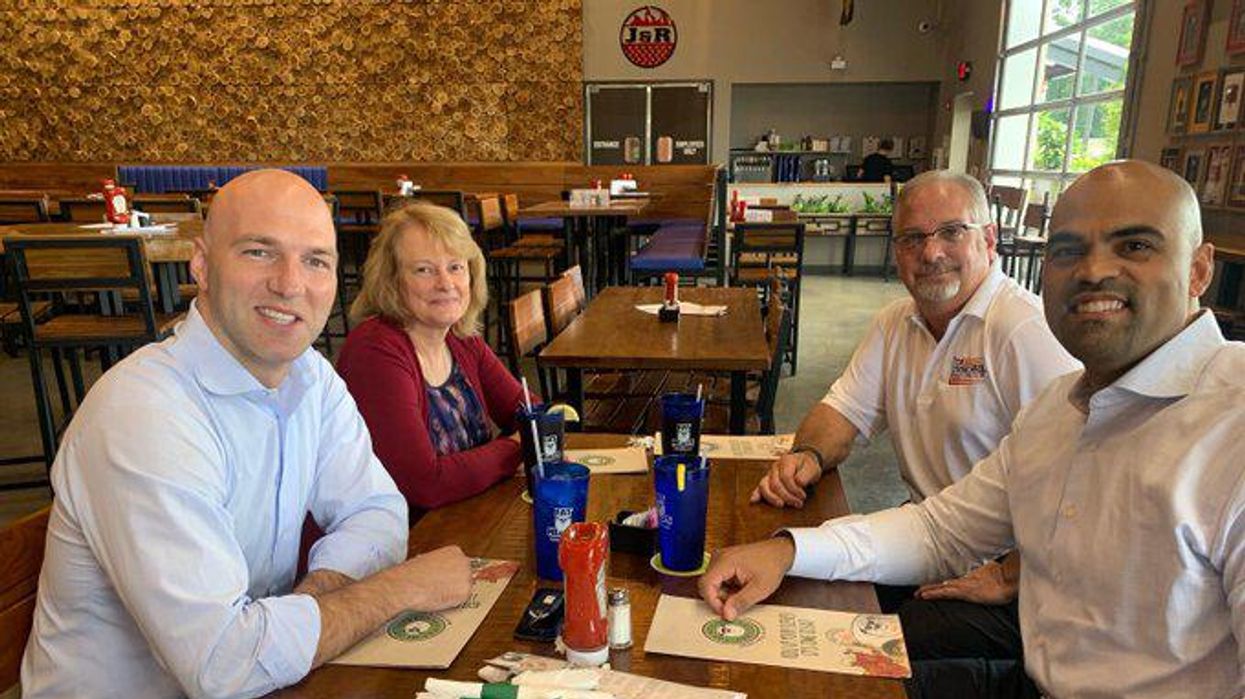 Going into 2022, the Democratic National Committee is well aware of the fact that historically, the party that has controlled the White House is likely to suffer big midterms losses in Congress. Barack Obama, Bill Clinton and Ronald Reagan are all examples of two-term presidents who saw their parties take a major pounding in the midterms. But Democrats are hoping that if former President Donald Trump does enough reckless things in congressional races, it will work to their advantage in 2022 — and journalist Eleanor Clift, in an op-ed published by the Daily Beast on July 6, notes how reckless Trump is being in a GOP congressional primary in Ohio.

The GOP congressman Trump is hoping to oust is Rep. Anthony E. Gonzalez, who was first elected to the U.S. House of Representatives via Ohio's 16th Congressional District in 2018 and is seeking a third term in the 2022 midterms. But if Trump has his way, Gonzalez won't make it to the general election. Trump still holds a grudge against Gonzalez for voting to impeach him following the January 6 insurrection, and the primary challenger Trump is endorsing is Max Miller — who Clift describes as "a 32-year-old former White House aide with a thin resume and a rap sheet that includes multiple charges in his home state of Ohio for assault, disorderly conduct, and resisting arrest."

"The most recent charge was in 2010 and related to a fight; Miller says he has since grown up and won't be repeating those mistakes," Clift explains. "Maybe so, but do Republicans really want to trade out two-term Congressman Gonzalez, the son of Cuban immigrants and a former wide receiver at Ohio State before turning pro, for someone with the inexperience and background of Miller?.... Miller spent his late teens and early adulthood in skirmishes with the law, though programs for youth offenders appear to have erased much of the public record."

In Trumpworld, Miller has the most important qualification: unquestioning loyalty to the former president. But if Miller defeats Gonzalez in the primary, it remains to be seen how well he would fare against the Democratic nominee — whoever that turns out to be — in a general election.

"Trump's chosen replacement to represent Ohio's 16th District worked in the White House Office of Personnel Management, where he and several other twentysomethings from the campaign drew media attention for their partying and lack of qualifications," Clift observes. "Under scrutiny, Miller removed from social media his claim that he was a Marine recruiter. He is a former Marine reservist. Miller rose to become director of advance for Trump and then deputy campaign director in 2020. Shortly before Trump left office, he named loyalists to several boards and commissions. Among them was Miller, appointed to the U.S. Holocaust Memorial Council. It is the main qualification for elective office that Miller cites."

Jacob Rubashkin of the newsletter Inside Elections, discussing Miller's history with the Beast, said, "That kind of stuff is ripe for opposition research." Rubashkin added, however, "But do voters care? Does the Trump endorsement outweigh any questions about his history?"

Democrats are hoping that Trump will push far-right extremists in GOP primaries in modern suburban districts in blue states, those people will make it to the general election and be wiped out by Democratic nominees. Ohio, however, isn't a blue state, but a state that Trump carried in both 2016 and 2020.

Political analyst Larry Sabato believes that Gonzalez will prevail in the primary and go on to the general election — regardless of Trump's endorsement of Miller.

Sabato told the Beast, "The standards are so low they're in the basement, but they haven't sunk to the center of the Earth."

Sabato says of Gonzalez, "He's not just anybody. He's a superstar, and that makes it harder for the Republicans to ditch him" — to which Clift responds, "Harder yes, but not impossible, as both political parties await the impact of an impeached one-term president's hold on enough voters to affect election outcomes."