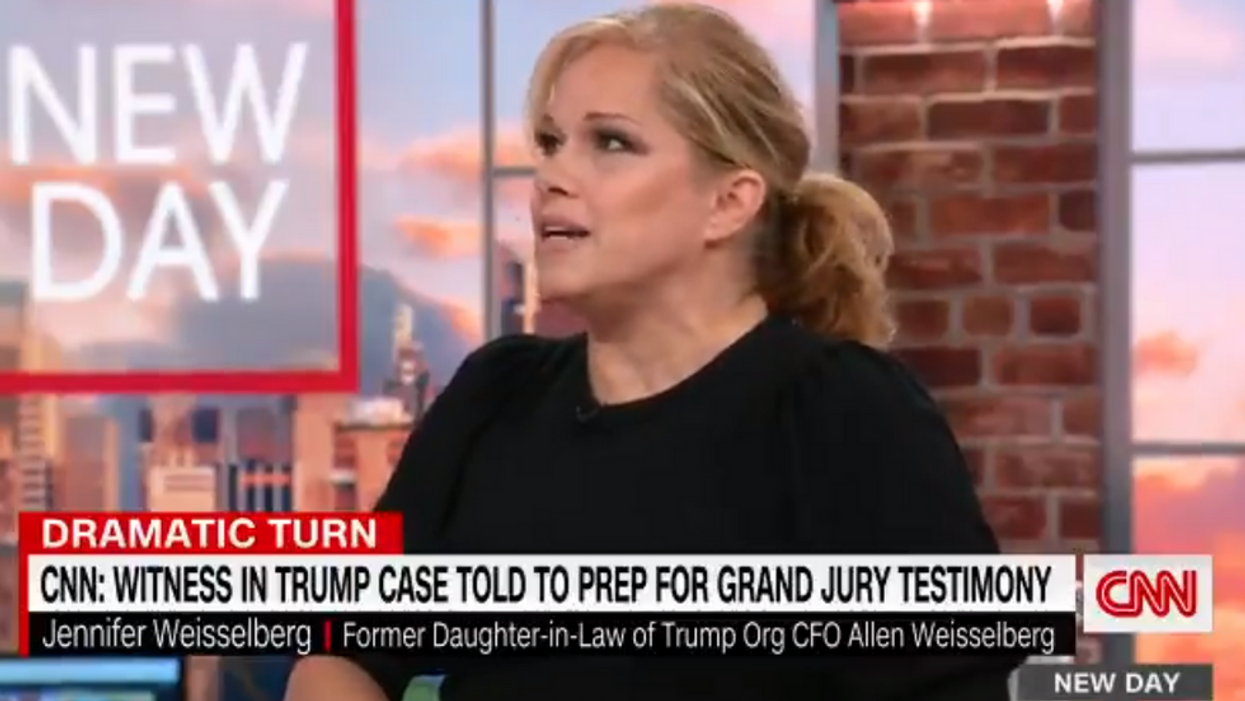 Employees of the Trump Organization will no doubt remember Thursday, July 1 as the day in which Chief Financial Officer Allen Weisselberg was arrested on charges that include grand larceny, falsifying business records and criminal tax fraud. Reporter Jose Pagliery, in an article published by the Daily Beast this week, examines the role that Weisselberg's family plays in Manhattan District Attorney's investigation of former President Donald Trump's business.

"Allen Weisselberg, the Trump Organization's long-time chief financial officer, has always been key to unlocking the finances of the Trump family business," Pagliery explains. "For years, prosecutors have been looking for documents that would show what exiled insiders like Trump's ex-consigliere Michael Cohen have claimed: that the Trump Organization was fudging numbers and dodging taxes. What investigators didn't know was that the proof was in the hands of Jennifer Weisselberg, the woman once married to Barry Weisselberg, the son of Allen Weisselberg. And it wasn't until November 2020 that city and state investigators connected with her to acquire the evidence."

According to Pagliery, the Beast has obtained some of the records that, according to Jennifer Weisselberg, played an important role in Allen Weisselberg's arrest.

"The top finance executive at the Trump Organization was indicted for dodging taxes by receiving pay in unaccounted corporate perks," Pagliery notes. "Among them: redirecting his salary to cover tuition payments for his grandkids. As prosecutors would discover, Barry Weisselberg explained it all in sworn testimony he made during a deposition in his divorce case in August 2018."

Allen Weisselberg, according to Pagliery, "paid more than $50,000 a year for each of the two kids to attend a top-rated private academy, the Columbia Grammar and Preparatory School. He'd been doing it for at least six years, Barry Weisselberg told his wife's lawyer, Clifford Petroske."

Pagliery points out that Vance's office, in the indictment, says that the tuition payments "constituted employee compensation and taxable income to Allen Weisselberg" — who, Vance's office alleges, failed to report that extra $359,058 on his tax return.

The indictment of Allen Weisselberg also mentions a "family member" who took part in "the scheme to defraud" the government by getting a company apartment and failing to report it on his personal income tax return.

"Investigators found that the CFO's son, a fellow Trump Organization employee in charge of its Wollman Ice Skating Rink at Central Park, was keeping his official salary artificially low," Pagliery explains. "In his divorce case, Barry Weisselberg testified that he didn't even get a monetary raise in years, and according to investigators, he received the extra compensation in the form of fringe benefits."

Pagliery quotes Duncan Levin, Jennifer Weisselberg's attorney, as saying, "Jen has shown a great deal of bravery in coming forward with the information that she has. She has been 100% cooperative with prosecutors for many months. She's met with prosecutors more than a half dozen times, and has really done a thorough job of culling through a huge volume of materials to give to prosecutors. I'm very confident she is a pivotal witness to the district attorney's office and in large measure responsible for where things stand today."