'They're not thinking right': Low COVID vaccination rates are a daunting problem for red state governors 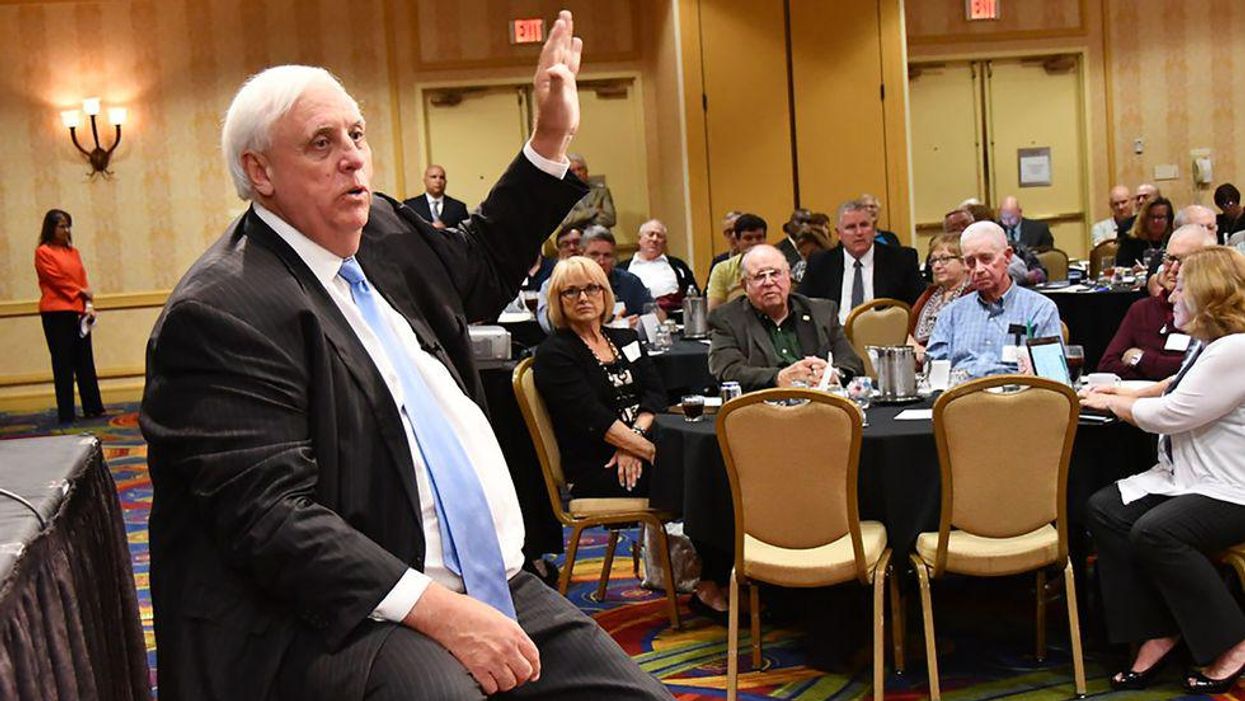 Governor Jim Justice spoke to the West Virginia School Board Association at the Marriott in Charleston on Friday, September 8, 2017.
Alex Henderson
July 05, 2021

President Joe Biden hoped that by July 4, 2021, 70% of U.S. adults or more would be at least partially vaccinated for the COVID-19 coronavirus. The U.S., however, fell short of Biden's goal; the number, according to the New York Times, was recently around 65%. But vaccination rates in the U.S. vary from state to state, and according to West Virginia Gov. Jim Justice, one of the biggest problems in his state is the fact that younger residents are still hesitant to get vaccinated.

In West Virginia, only 56.1% of adults — which is below the national average — have been at least partially vaccinated for COVID-19. Appearing on ABC News' "This Week" on July 4, Justice told anchor Martha Raddatz, "At the end of the day, the young people — we're having a hard time getting them across the finish line and getting them vaccinated. They're young people all across this country that are not getting vaccinated. It's a challenge. That's all there is to it."

West Virginia is a deep red state, and Justice acknowledged that residents of red states are less likely to get vaccinated for COVID-19.

Justice, a Republican and former Democrat, told Raddatz, "The red states probably have a lot of people that, you know, are very, very conservative in their thinking. And they think, 'Well, I don't have to do that.' But they're not thinking right."

Raddatz asked the West Virginia governor what would "put" West Virginia residents "over the edge" as far as getting vaccinated for COVID-19. And Justice responded, "Well, Martha, I hate to say this…. What would put them over the edge, is an awful lot of people die. The only way that's going to happen is a catastrophe that none of us want. And so, we're just going to keep trying."

The fact that Biden fell slightly short of his goal of 70% or more partial or total vaccination for U.S. adults by July 4 doesn't meant that the United States, all things considered, hasn't been a vaccination success story under Biden's watch. The U.S. now has some of the world's higher COVID-19 vaccination rates — especially in blue states and especially among Democrats.

A recent Washington Post/ABC News poll found that 86% of Democrats have been at least partially vaccinated for COVID-19 compare to only 45% of Republicans, which explains why red states have the lower vaccination rates. The message that Biden has aggressively promoted — that the sooner Americans get vaccinated, the sooner the U.S. will be able to get back to normal and achieve some level of herd immunity — is obviously resonating in blue states more than red states.

On July 4, Washington Post reporters Dan Balz and Emily Guskin noted that only 53% of adults have been partially or fully vaccinated for COVID-19 in Arkansas. On July 4, Arkansas Gov. Asa Hutchinson said the COVID-19 Delta variant is hitting younger residents hard and told CNN, "The solution is the vaccinations…. It is a great concern."

Hutchinson also told CNN, "We are in a race. And if we stopped right here, and we didn't get greater percent of our population vaccinated, then we're going to have trouble in the next school year and over the winter. So, we want to get ahead of that curve. Working very hard to do that."

During a July 4 appearance on NBC News' "Meet the Press," Dr. Anthony Fauci cited vaccine hesitancy as a key factor in preventable infections and deaths:

WATCH: @ChuckTodd asks Dr. Anthony Fauci how he has been holding up through attacks on him and the scientific commu… https://t.co/xvfbI3AWEo
— Meet the Press (@Meet the Press) 1625412306.0