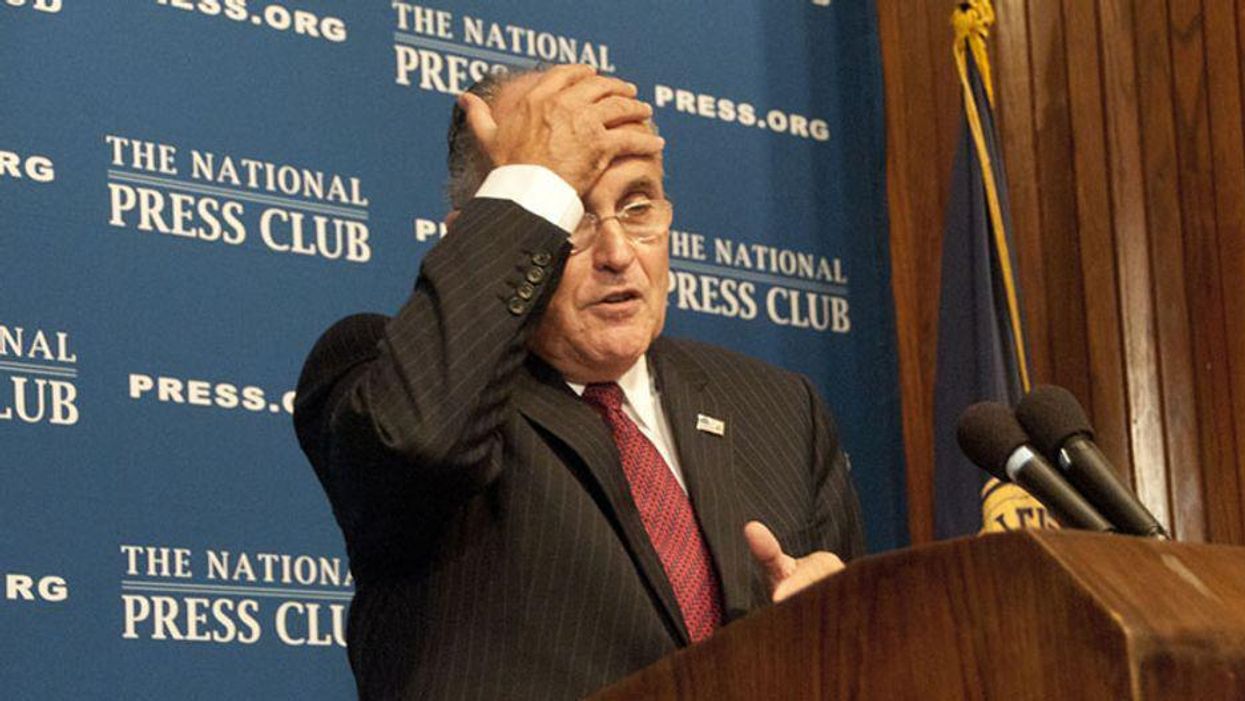 A new book appears to detail the genesis of former president Donald Trump's "big lie," in which he has falsely claimed that he won the November 2020 election.

The Washington Post on Tuesday morning published an excerpt from the book, "I Alone Can Fix It: Donald J. Trump's Catastrophic Final Year," by Carol D. Leonnig and Philip Rucker.

According to the excerpt, the big lie was effectively started by Trump's personal attorney, Rudy Giuliani, who had set up his own command post inside the White House on Election Night.

"After a while, Rudy Giuliani started to cause a commotion," according to the book. "He was telling other guests that he had come up with a strategy for Trump and was trying to get into the president's private quarters to tell him about it. Some people thought Giuliani may have been drinking too much and suggested to (campaign manager Bill) Stepien that he go talk to the former New York mayor. Stepien, (chief of staff Mark) Meadows and Jason Miller took Giuliani down to a room just off the Map Room to hear him out."

In that meeting, Giuliani reportedly went state by state asking Stepien, Meadows and Miller about the latest results. When they responded that Michigan was too early to call because votes were still coming in, Giuilani responded: "Just say we won."

"Giuliani's grand plan was to just say Trump won, state after state, based on nothing. Stepien, Miller and Meadows thought his argument was both incoherent and irresponsible," according to the book.

Later, Trump was watching Fox News when the station called the critical state of Arizona for Joe Biden.

"What the f--- is Fox doing?" Trump screamed, before barking orders to his son-in-law, Jared Kushner.

"Get Sammon. Get Hemmer. They've got to reverse this," Trump told senior adviser Jason Miller, referring to Bill Sammon, a top news executive at Fox.

At that point, Giuliani reportedly encouraged him to "forget about Arizona and just say he won," by walking into the East Room of the White House and delivering a victory speech.

Which is exactly what Trump did.