'There is but one remedy': It's time for the Senate to trigger the nuclear option 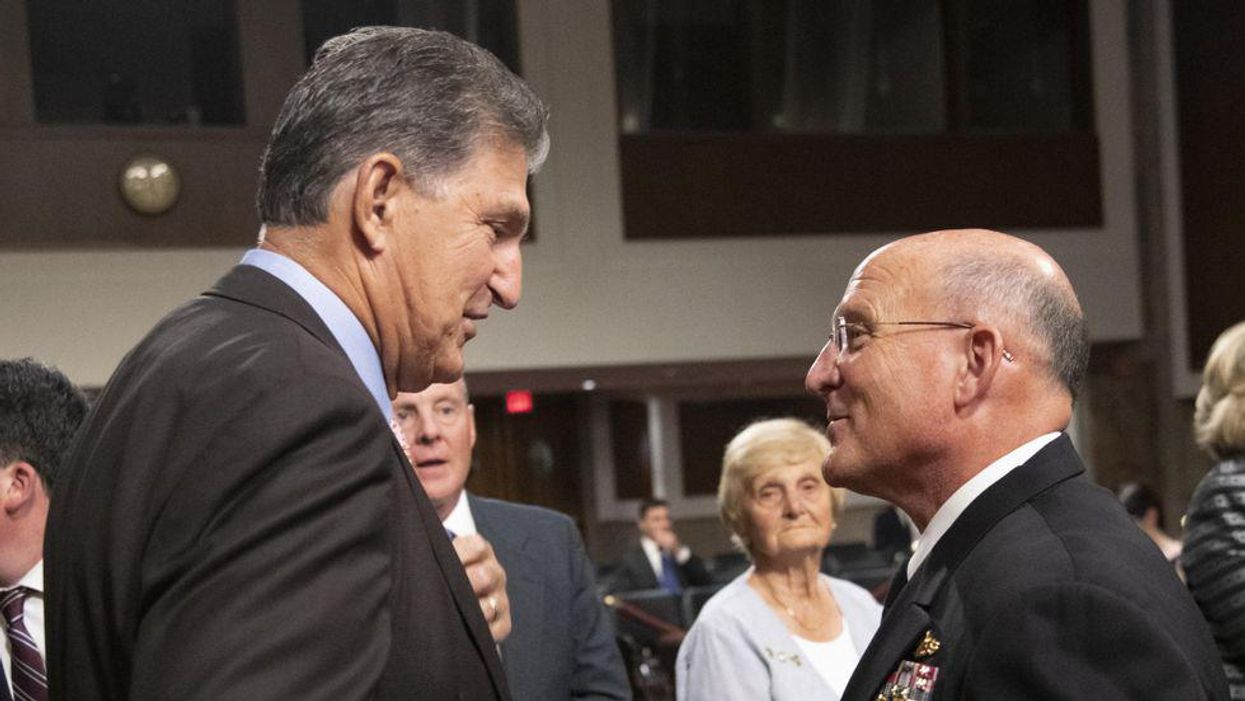 The US Senate is back in session this week, as Texas Republicans prepare to pass another massive voter suppression bill. The only remedy available to the American people is for the federal government to use its constitutional authority to regulate federal elections to block what President Biden has referred to as the GOP's "Jim Crow in the 21st century."

The House of Representatives passed a law that would block much of the damage done by Texas' and other Red states' laws — the For The People Act (HR1 and SB1). But Republicans in the Senate are blocking it with a filibuster.

But the filibuster is not inviolable.

The Senate has drilled three major holes in the filibuster since 1917, each time citing the Constitution as their rationale, and if they're not able to end this arcane, historically racist device then it's time to drill another "constitutional" hole in it for voting rights.

About those already-passed "constitutional" holes:

The filibuster was made possible by a Senate rule change in 1806, but didn't actually get used as a serious way to block debate on legislation until the arrival of "Father of the Confederacy" John C. Calhoun in the Senate; he began using it aggressively in 1837 to block any discussion of the abolition of slavery. (The year before, in 1836, the House had banned any discussion of slavery at all, a law John Quincy Adams delighted in breaking every day the House was in session.)

When a senator invoked a filibuster, it ground the entire Senate to a halt until the original proposed legislation was withdrawn, causing the near-instant death of numerous attempts by Northern senators to weaken or cripple laws relating to slavery in the South. There was quite literally no way around it, or to continue Senate business, other than to withdraw the proposed legislation.

By 1917, it had mostly been used to block discussion (post-Civil War) of Civil Rights legislation, although with World War I looming and German submarines regularly torpedoing US commercial ships, President Woodrow Wilson wanted Congress to appropriate money to arm some of those Merchant Marine ships with anti-submarine depth charges.

Southern members of Congress, led by House Majority Leader and notorious white supremacist Claude Kitchin (D-NC), opposed the measure because he and his southern buddies were still essentially fighting the Civil War and didn't want to "further enrich Wall Street."

Over a dozen of Kitchin's allies in the Senate declared a filibuster and President Wilson, furious, went to the public.

The March 5, 1917 New York Times front page was filled all the way across the top with the screaming headline: ARMED SHIP BILL BEATEN; PRESIDENT ISSUES A STATEMENT SAYING WE ARE MADE 'HELPLESS AND CONTEMPTIBLE,' WITHOUT REMEDY UNTIL THE SENATE AMENDS ITS RULES; 33 SENATORS ALREADY PLEDGED TO END OBSTRUCTION.

"The Senate of the United States is the only legislative body in the world which cannot act when its majority is ready for action," stormed President Wilson. "A little group of willful men, representing no opinion but their own, have rendered the great government of the United States helpless and contemptible."

Filibustering senators were burned in effigy in multiple states and newspapers across the nation called for their defeat in the next election. People were outraged. It was the talk of barbershops and Grange halls and the VFW.

President Wilson demanded action, saying, "The remedy? There is but one remedy. The only remedy is that the rules of the Senate should be so altered that it can act…and save the country from disaster."

To resolve the crisis, Senator Thomas Walsh (D-MT) proposed what he called a "Constitutional Option." His logic was straightforward.

Walsh laid it out clearly: "It is because the new members, coming fresh from the people, ought to have the right to be heard and be accorded the opportunity to vote in the light of information gleaned at every stage of the passage of a bill or resolution."

A filibuster that couldn't be overcome, Walsh said, effectively blocked "[t]he sense of the people ... concerning measures passed as well as those proposed."

The Senate re-convened and passed Walsh's "Constitutional Option," putting it into the Senate's rules later that week so, going forward, a 2/3rds supermajority of senators could overcome a filibuster so the Senate could resume business.

Over the years since, the 2/3rds requirement was reduced to 3/5ths, senators can now invoke a filibuster with an email, and "two-track" was introduced so filibusters don't slow down other Senate business, but the filibuster remained.

In 1980, Senate Majority Leader Howard Baker (R-TN) amended the "Constitutional Option" to exclude taxing and spending legislation from being filibustered.

His rationale was that, because spending money to do the nation's business is a defined responsibility of Congress in Article I of the Constitution, taxing and spending legislation (within limits) could ignore the filibuster and be passed with a simple majority vote.

The 1917 "Constitutional Option" — that a filibuster could be overcome with a supermajority vote — stands to this day, but using the Constitution as a rationale for blowing holes in the filibuster like the Senate did in 1917 and 1980 got a name change more recently.

Eighteen years ago, in 2003 when Democrats were filibustering one of George W. Bush's judges, Senate Majority Leader Trent Lott renamed the Constitutional Option as the "Nuclear Option" and suggested it should be expanded from just Article I work (taxing and spending) to include Article III types of work (approving judges).

Senator Lott didn't get his way; it took Democratic Senate Majority Leader Harry Reid to include approving federal judges (with the exception of the Supreme Court) under the Constitutional Option/Nuclear Option. On November 21, 2013, after years of Obama's judicial nominations being routinely blocked by Republican filibusters, Reid pushed through a new set of Senate rules that exempted judges from the filibuster.

Approving judges, after all, is also an explicit duty of the United States Senate found in the Constitution.

Thus, today the Senate has an exclusion to the filibuster so that all the Senate's advise and consent obligations can be performed with regard to judges with a simple majority vote.

Thus, two of the duties of the Senate listed in the Constitution — appropriating and spending money, and ratifying the President's judicial nominees — are today exempt from the filibuster.

It's time to add a third.

The Elections Clause of the Constitution empowers Congress to "make or alter" state regulations with regard to elections.

If the filibuster itself can't be done away with or turned into a "Jimmy Stewart filibuster," then — argues Congressman Jim Clyburn — another constitutional obligation of Congress should be included in the "Constitutional/Nuclear Option" Senate rules, this one to protect citizens' constitutional right to vote.

Clyburn is right. As Thomas Paine pointed out, the right to vote is foundational to all other rights and is what gives legitimacy to our government itself. In 1795, in his Dissertation on the First Principles of Government, Paine wrote:

"The true and only true basis of representative government is equality of rights. Every man has a right to one vote, and no more in the choice of representatives. … To take away this right is to reduce a man to slavery, for slavery consists in being subject to the will of another, and he that has not a vote in the election of representatives is in this case. The proposal therefore to disfranchise any class of men is as criminal as the proposal to take away property."

Paine was right, as is Clyburn. Senator Schumer, if he can't get his caucus to go along with more forceful actions like eliminating the filibuster altogether, should do what his predecessors Senators Baker (1980), Reid (2013) and McConnell (2017) did: drill another "Constitutional" hole in the filibuster.

The right to vote is far more important than Congress spending money or approving judges. It deserves at least equal treatment, and, like in 1917, the crisis is upon us.