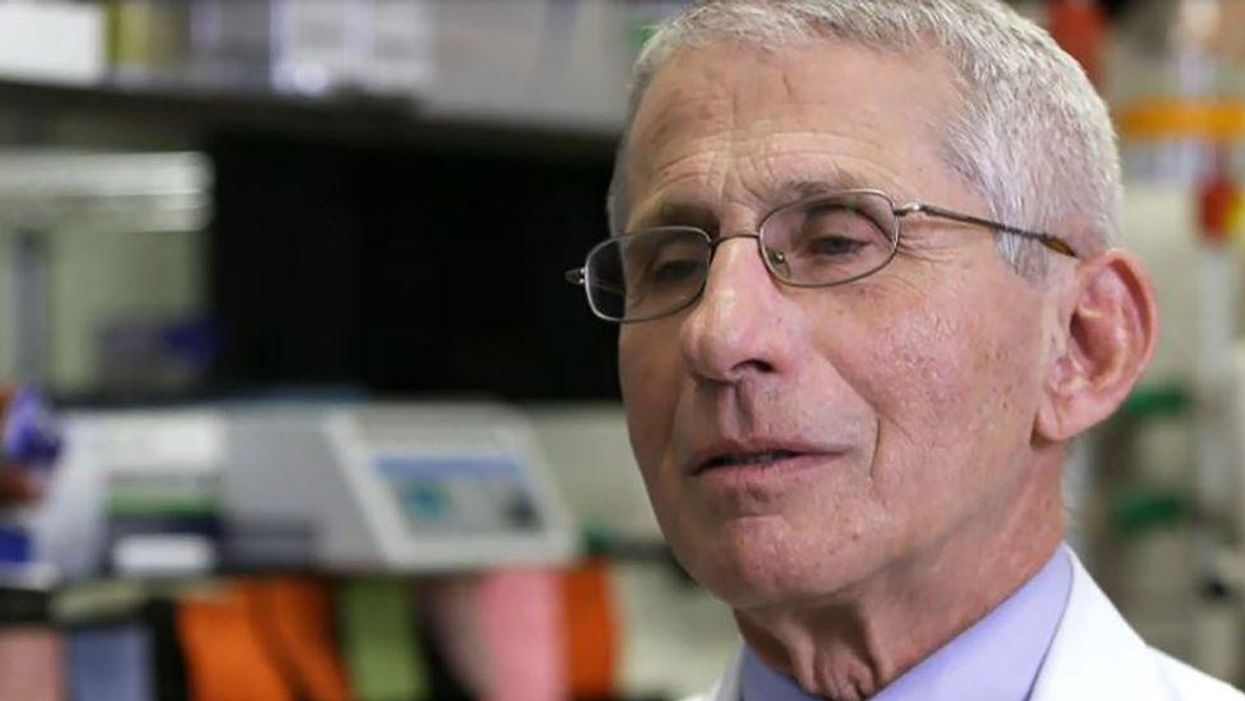 Anthony Fauci shuts down Laura Ingraham when she complains we didn't have lockdowns over AIDS
Image via Screengrab.
John Stoehr
July 12, 2021

As you know, Dr. Anthony Fauci is the White House chief pandemic advisor. He appeared on the Sunday morning talk shows as part of the administration's renewed effort to achieve its goal of vaccinating 70 percent of the US population. But his appearance seemed to do more than that. It seemed to suggest a consensus. The people most likely to resist inoculations against the covid are Republicans. A new wave of infections from the Delta variant are being seen almost exclusively in those who are not vaccinated and in regions of the country dominated by Republican Party politics.

I think this consensus is good. Now we have a point of reference. But we should take this broad opinion to the next level—by recognizing an apparent paradox. Fauci is absolutely right to say that, "Vaccinations have nothing to do with politics." That's what a public health official should say for the benefit of public health. For the same reason, though, he can't believe that. More than most, Fauci knows that vaccines have always had something to do with the political. Because they do, we should recognize another paradox. Facts about vaccines—indeed all facts—are political. To be clear, I am not talking about opinions about facts. I'm talking about the facts themselves.

To explain, let me turn to Colorado Congresswoman Lauren Boebert. She made news last week in a response to the administration's plan to go door-to-door to spread the word about the covid vaccines. The Republican representative wrote on Twitter that, "Biden has deployed his Needle Nazis to Mesa County. The people of my district are more than smart enough to make their own decisions about the experimental vaccine and don't need coercion by federal agents. Did I wake up in Communist China?" I don't know Boebert very well, but I can tell she understands the internal logic of authoritarian subcultures. For instance, the white evangelical Protestants who overwhelmingly supported the former president, or about 15 percent, I'd guess, of the US population. How can I tell? "Needle Nazis" is the clue. Ditto for "Communist China." Boebert isn't fear-mongering, however. She's reassuring the already fearful.

Normal people living outside authoritarian subcultures often misunderstand their inhabitants. This is not the fault of normal people. Inhabitants of authoritarian subcultures live "gothic" lives. Up is down, left is right, wrong is right. Inhabitants are taught from birth to defer to the authority of leaders—the father of the family, the (male) minister of their church, or the former president of the United States. In this context, individuals do not, because they cannot, assess facts on their own. They have neither the skills to determine truth or falsehood nor the willingness to go through that process. They must have guidance from their leaders. In the absence of leadership, inhabitants of authoritarian subcultures live in a constant state of aggravation, fear and terror. Outside this subculture, facts can be neutral. They are never neutral inside.

There is absolutely nothing coercive about the president's plan to knock on doors in an effort to raise awareness of the covid vaccines and end this goddamn pandemic. But from the point of view of the inhabitants of authoritarian subcultures, Biden's plan is terrifying and coercive as a result of being terrifying. Think about it. If you do not, because you cannot, assess truth or falsehood on your own, in the absence of leadership, you run the risk of making a choice contrary to the authority of your leaders. Just making a personal choice assumes authority you are not supposed to have. (The key to resisting Satan's temptations, after all, is ignoring what he says and having blind faith.) Quite literally, knocking on your door to persuade you to make a choice that is, objectively speaking, very good for you is, from this point of view of the inhabitants of authoritarian subcultures, totally something the Nazis would do.

Boebert isn't fear-mongering, though. These people are already terrified. Instead, she is reassuring them. By accusing the administration of sending out "Needle Nazis," she was signaling to the inhabitants of authoritarian subcultures that they don't have to risk making a choice contrary to the authority of their community's leaders. They don't have to worry about being tempted. They don't even have to think. All they have to do is know that servants of the public health are tantamount to agents of "Communist China." As facts are always political in totalitarian regimes, past and present, they are always political to people who long ago decided morality was the same as obedience.

This is a gothic existence. Up is down, left is right, wrong is right—and people who are trying to save your life are "actually" trying to lead you astray, even murder you. The rational response is, therefore, resisting temptation at the behest of your leaders, even to the point of dying as means of demonstrating your rights and liberty. The more the government tries reaching these people, the more they are going run away or accuse the government of turning God-fearing America into a Godless totalitarian state. Most gothic is all, of course, is they are precisely what they fear but are oblivious to the fact. The rest of do not have to be, and should not be, as oblivious. It's good to see the arrival at a broad consensus of opinion according to which Republicans are holding up the end of the pandemic. Our democracy depends on taking the next step, though.