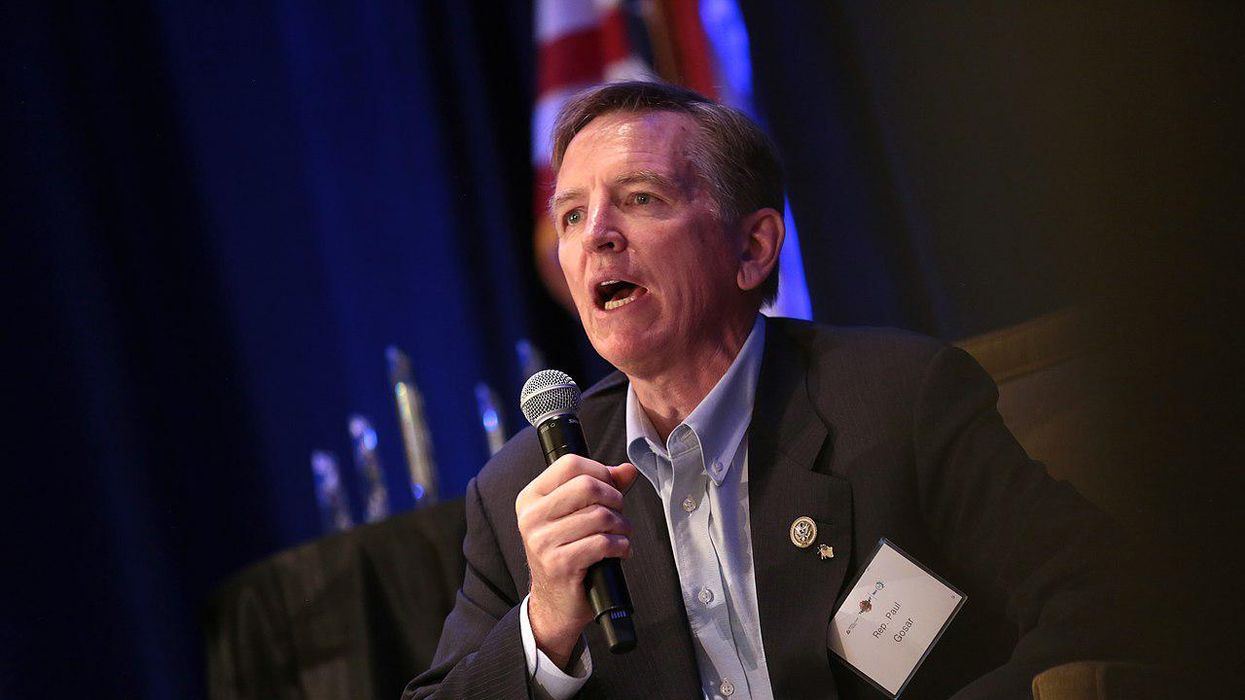 Joe Scarborough, the Never Trump conservative and former Republican congressman who co-hosts "Morning Joe" on MSNBC with his liberal wife, Mika Brzezinski — and who rooted for now-President Joe Biden in the 2020 election — recently described his former party as consisting of ultra-conservative politicians like Rep. Liz Cheney of Wyoming and QAnon extremists who think Cheney is too far to the left. Journalist Molly Jong-Fast, in an op-ed published by the Daily Beast on July 8, discusses extremism with the 2021 GOP and argues that extremism is difficult to resist among modern Republicans.

"This is the Republican brand now: death before decency," Jong-Fast writes. "What Roy's colleague Paul Gosar learned from Trumpism is that working with terrifying far-right extremists is totally cool. Gosar is now even more far-right than Steve King, who was censured for his white nationalist statements back when Republicans at least pretended to give a shit. Now, Gosar is being praised by White nationalist Nick Fuentes — and minority 'Leader' Kevin McCarthy is fine with that, just like he's fine with Marjorie Taylor Greene raving about the Jews and Matt Gaetz (R-Sex Creep) staying on the House Ethics Committee so that he could question the head of the FBI while continuing to be investigated by the FBI."

Jong-Fast continues, "Meanwhile, Stop the Steal speaker Mo Brooks is now running for Senate in Alabama. Brooks, who was a planner of the January 6 rally, according to a deleted video from Ali Alexander, claims in a new civil filing that he only spoke at the rally-turned-riot because the White House told him to. That was in the same legal filing in which he said he believes that Trump still won the election. Trump did not."

According to Jong-Fast, radicalism is perfectly acceptable in today's GOP — and there are no negative repercussions for it.

"Since no one in Trumpworld has been punished for anything," Jong-Fast writes, "Republicans have learned that you do anything at all and no one will ever hold you accountable. Local Republicans continue trying to make it harder for the 'wrong people' to vote, including Native Americans in Montana this week. It's not about racism, they insist; it's about stopping groups that back Democrats who oppose racism."

Jong-Fast adds, "Trump taught Republicans that they can be as shitty as they want, and no one will stop them, as long as they don't cross Trump. Just look at former Missouri Gov. Eric Greitens, who resigned after he was indicted on felony charges after cheating on his wife with a woman he blackmailed and abused. He's running for Senate now, and a GOP mega-donor just gave him $2.5 million because allegations of sexual assault are no longer a barrier to entry in today's GOP; they may even be the mark of a 'real man.' Just ask Donald."
From Your Site Articles
Related Articles Around the Web
Report typos and corrections to: feedback@alternet.org.
#story_page_post_article