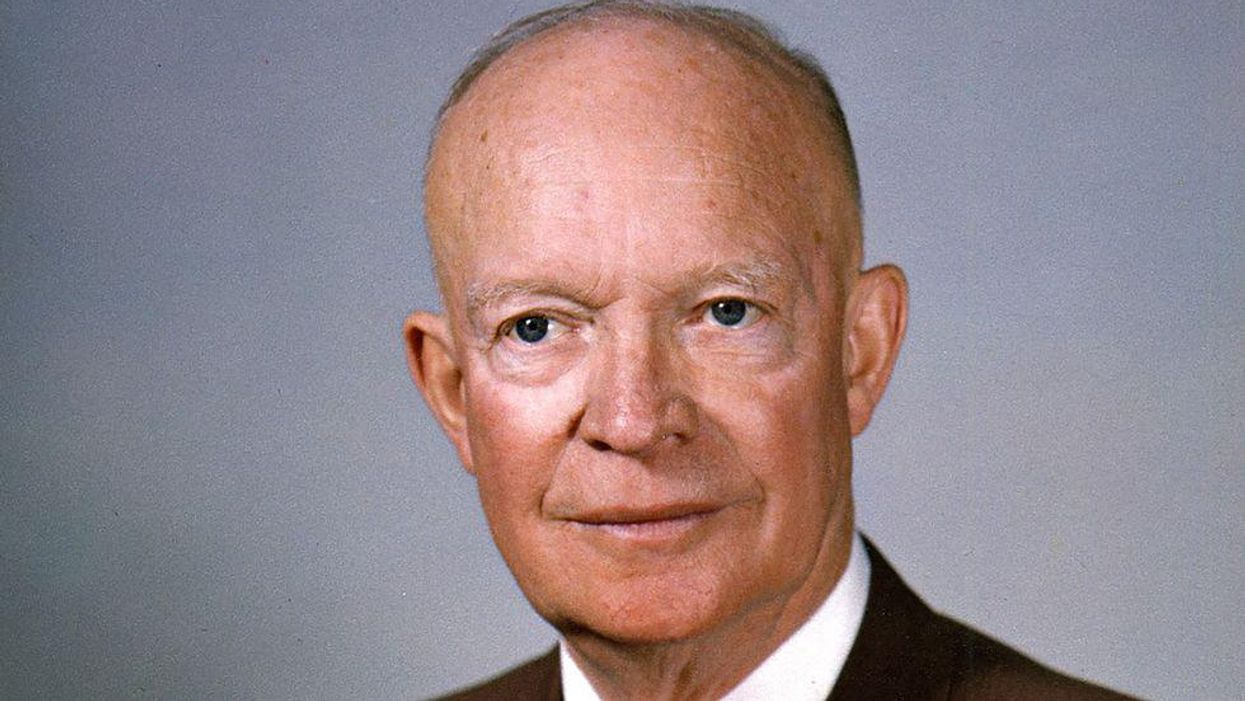 As a ROTC cadet and an Air Force officer, I was a tiny part of America's vast Department of Defense (DoD) for 24 years until I retired and returned to civilian life as a history professor. My time in the military ran from the election of Ronald Reagan to the reign of George W. Bush and Dick Cheney. It was defined by the Cold War, the collapse of the Soviet Union, America's brief unipolar moment of dominance and the beginning of its end, as Washington embroiled itself in needless, disastrous wars in Afghanistan and Iraq after the 9/11 attacks. Throughout those years of service, I rarely thought about a question that seems ever more critical to me today: What would a real system of American national defense look like?

During the Cold War, I took it for granted that this country needed a sprawling network of military bases, hundreds of them globally. Back then, of course, the stated U.S. mission was to "contain" the communist pathogen. To accomplish that mission, it seemed all too logical to me then for our military to emphasize its worldwide presence. Yes, I knew that the Soviet threat was much exaggerated. Threat inflation has always been a feature of the DoD and at the time I'd read books like Andrew Cockburn's The Threat: Inside the Soviet Military Machine. Still, the challenge was there and, as the leader of the "free world," it seemed obvious to me that the U.S. had to meet it.

And then the Soviet Union collapsed — and nothing changed in the U.S. military's global posture.

Or, put differently, everything changed. For with the implosion of the USSR, what turned out to remain truly uncontained was our military, along with the dreams of neoconservatives who sought to remake the world in America's image. But which image? That of a republic empowering its citizens in a participatory democracy or of an expansionist capitalist empire, driven by the ambition and greed of a set of oligarchs?

A few people spoke then of a "peace dividend." They were, however, quickly drowned out by the military-industrial complex that President Dwight D. Eisenhower had warned this country about. That complex, to which today we might add not only Congress (as Ike had done in an earlier draft of his address) but America's sprawling intelligence apparatus of 18 agencies, eagerly moved into the void created by the Soviet collapse and that of the Warsaw Pact. It quickly came to dominate the world's trade in arms, for instance, even as Washington sought to expand NATO, an alliance created to contain a Soviet threat that no longer existed. Such an expansion made no sense, defensively speaking, but it did serve to facilitate further arms sales and bring U.S. imperial hegemony to the very borders of Russia.

And there was the rub — for me at least. As an Air Force officer, I'd always thought of myself, however naively, as supporting and defending the Constitution against all enemies, foreign and domestic (the words of my oath of office). After 1991, however, the main foreign enemy had disappeared and, though I didn't grasp it then, our new enemy would prove to be domestic, not foreign. It consisted of those who embraced as a positive good what I've come to think of as greed-war, while making no apologies for American leadership, no matter how violent, destructive, or self-centered it might prove to be.

In short, the arsenal of democracy of World War II fame had, by the 1960s, become the very complex of imperialism, militarism, and industrialism that Eisenhower warned Americans about first in his 1953 "Cross of Iron" speech and then in his more famous farewell address of 1961. Despite the efforts of a few brave Americans, that arsenal of democracy was largely allowed to morph into an arsenal of empire, a radical change that came shrouded in the myth of "national security." The complex would then only serve to facilitate the war crimes of Vietnam and of subsequent disasters like Afghanistan, Iraq, and Libya, among so many others.

Yet those same misdeeds were so often dismissed by the mainstream media as the unavoidable costs of "national defense" or even supported as the unavoidable price of spreading freedom and democracy around the world. It was as if, in some twisted Orwellian fashion, war had come to be seen as conducive to liberty and righteousness. But as George Orwell had indeed warned us, war is not peace, nor should constant warfare at a global level be the product of any democratic government worthy of its name. War is what empires do and it's what America has become: a machine for war.

So, I ask again: What would real national defense for this country look like? Rarely do any of us pose this question, no less examine what it might truly mean. Rarely do we think about all the changes we'd have to make as a nation and a people if we were to put defense first, second, and last, while leaving behind both our imperial wars and domestic militarism.

I know what it wouldn't look like. It wouldn't look like today's grossly inflated military. A true Department of Defense wouldn't need 800 foreign military bases, nor would the national security state need a budget that routinely exceeds a trillion dollars annually. We wouldn't need a huge, mechanized army, a navy built around aircraft carriers, or an air force that boasts of its global reach and global power, all of it created not for defense but for offense — for destruction, anytime, anywhere.

As a country, we would need to imagine a new "people's" military as a force that could truly defend the American republic. That would obviously mean one focused above all on supporting the Constitution and the rights we (at least theoretically) hold sacred like freedom of speech, the press, and assembly, the right to privacy and due process, and of course the right to justice for all, not just for the highest bidder or those with the deepest pockets.

What might such a new military look like? First, it would be much smaller. America's current military, including troops on active duty, reservists, and members of the National Guard, consists of roughly 2.4 million men and women. Those numbers should gradually be cut at least in half. Second, its budget should similarly be dramatically cut, the end goal being to have it 50% lower than next year's proposed budget of $715 billion. Third, it wouldn't be based and deployed around the world. As a republican force (note the lower-case "r"), it would instead serve democratic ends rather than imperial ones. It would certainly need far fewer generals and admirals. Its mission wouldn't involve "global reach," but would be defensive, focused on our borders and this hemisphere.

A friend of mine, a Navy veteran of the Vietnam War, speaks of a military that would consist of a Coast Guard, "militias" (that is, the National Guard) for each of the fifty states, and little else. Yes, in this America, that sounds beyond extreme, but he has a point. Consider our unique advantages in terms of geography. Our continent is protected by two vast oceans. We share a long and peaceful border with Canada. While the border with Mexico is certainly troubled, we're talking about unarmed, desperate migrants, not a military invasion flooding into Texas to retake the Alamo.

Here, then, are just 10 ways America's military could change under a vision that would put the defense of America first and free up some genuine funds for domestic needs as well:

Perhaps you've heard of the "pivot to Asia" under the Obama administration — the idea of redeploying U.S. military forces from the Greater Middle East and elsewhere in response to perceived threats from China. As it happened, it took the new Biden administration to begin to pull off that particular pivot, but America's imperial military regularly seems to be pivoting somewhere or other. It's time to pivot to this country instead.

Echoing the words of George McGovern, a highly decorated World War II bomber pilot who unsuccessfully ran for president against Richard Nixon in 1972, "Come home, America." Close all those foreign military bases. Redirect resources from wars and weapons to peace and prosperity. Focus on restoring the republic. That's how Americans working together could truly defend ourselves, not only from our "enemies" overseas, almost always much exaggerated, but from ourselves, the military-industrial-congressional complex, and all our fears.

Because let's be frank: how could striking at allegedly Iranian-backed militias operating in Iraq and Syria possibly be a form of self-defense, as the Biden administration claimed back in June? How is keeping U.S. troops in either of those two countries, or almost any other foreign country, truly a "defensive" act? America's "new" department of genuine defense, the one I imagine anyway, will know better.

In my nearly six decades, I've come to witness an America that increasingly equates "might" with "right," and praises its presidents whenever they decide to bomb anyone (usually people in the Middle East or Central Asia, but occasionally in Africa now, too), as long as it's framed in defensive or "preemptive" terms. Whether you call this aggression, imperialism, militarism, or something even more unflattering (atrocity?), the one thing it shouldn't be called is national defense.

Collectively, we need to imagine a world in which we as Americans are no longer the foremost merchants of death, in which we don't imagine ourselves as the eternal global police force, in which we don't spend as much on our military as the next 10 countries combined. We need to dream of a world that's not totally sliced and diced into U.S. military commands like Africa Command (AFRICOM); the Indo-Pacific Command or INDOPACOM; and the Middle Eastern Central Command (CENTCOM), among others. How would Americans feel if China had an "AMERICOM" and patrolled the Gulf of Mexico with nuclear-armed aircraft carriers very much "Made in China"? Chances are we wouldn't accept Beijing's high-minded claims about the "defensive" nature of those patrols.

This country's rebirth will only begin when we truly put our Constitution first and seek to defend it in wiser, which means so much more restrained, ways.

Follow TomDispatch on Twitter and join us on Facebook. Check out the newest Dispatch Books, John Feffer's new dystopian novel, Songlands (the final one in his Splinterlands series), Beverly Gologorsky's novel Every Body Has a Story, and Tom Engelhardt's A Nation Unmade by War, as well as Alfred McCoy's In the Shadows of the American Century: The Rise and Decline of U.S. Global Power and John Dower's The Violent American Century: War and Terror Since World War II.

William Astore, a retired lieutenant colonel (USAF) and professor of history, is a TomDispatch regular and a senior fellow at the Eisenhower Media Network (EMN), an organization of critical veteran military and national security professionals. His personal blog is Bracing Views.