Trump and ‘rightful heir’ Ron DeSantis are on an ‘inevitable collision course': report 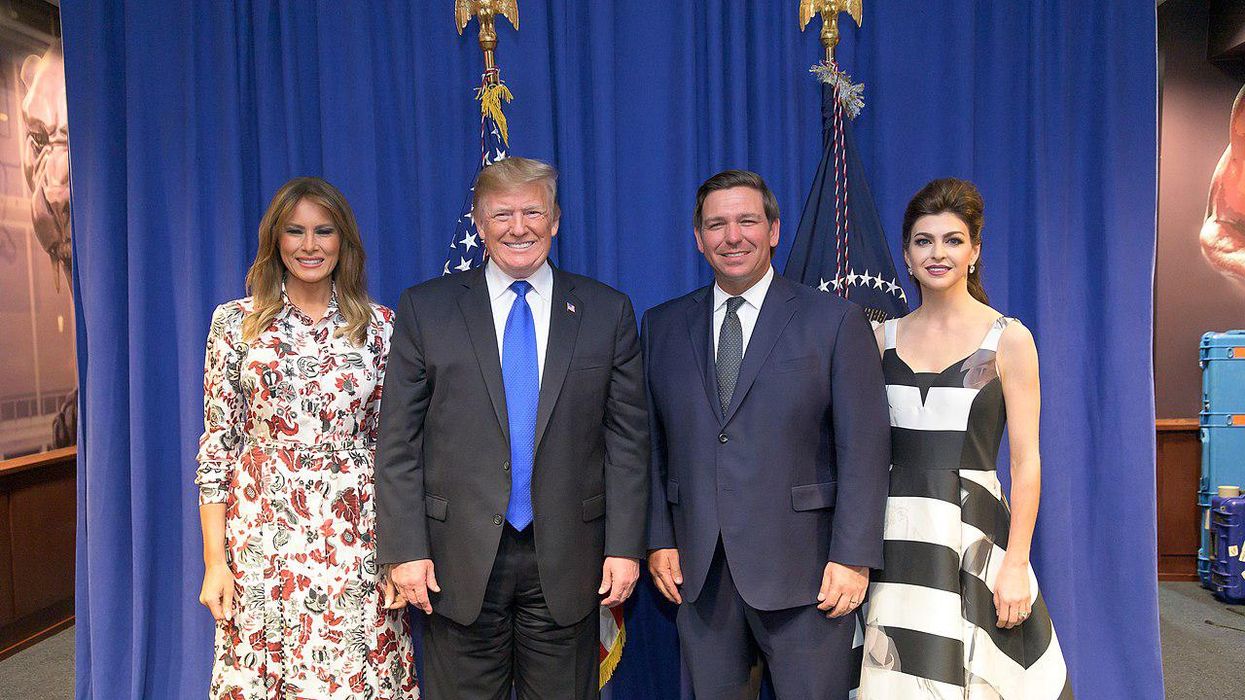 Far-right Florida Gov. Ron DeSantis has made no secret of how Trumpian he is. If DeSantis, who is up for reelection in 2022, decides to run for president in 2024 — assuming former President Donald Trump doesn't run — he will no doubt embrace a thoroughly MAGA platform. But journalist Gabriel Sherman, in an article published by Vanity Fair on July 9, lays out some reasons why there is a potential for conflicts between Trump and DeSantis in the years ahead.

"Florida is the gravitational center of Donald Trump's MAGA-ified Republican Party; so, it's not surprising that the Sunshine State's pugnacious Republican governor, Ron DeSantis, wants to be Trump's rightful heir," Sherman explains. "Since his 2018 election, DeSantis has thrilled the GOP base by governing like a mini-Trump. He defied public health guidelines during the depths of the COVID-19 pandemic last year and kept Florida virtually free of a statewide lockdown. In May, he perpetuated Trump's 2020 election lie and signed a restrictive voting rights bill live on Fox News. And last month, he dispatched Florida law enforcement agents to Texas to 'secure (the) southern border."

But recently, Sherman adds, there has been some tension between Trump's team and DeSantis' team. Noting June 30 reporting by journalist Katherine Doyle in the right-wing Washington Examiner, Sherman explains that "DeSantis' team was furious that Trump intended to hold a MAGA rally in Florida while the search for survivors continued" following the collapse of a residential building in Surfside, Florida (a Miami suburb).

Sherman reports, "In recent days, I spoke with a half dozen GOP insiders about the recent flare-ups between DeSantis' and Trump's camps. The sources agreed that DeSantis and Trump are on an inevitable collision course as the 2024 GOP field takes shape."

Interviewed on condition of anonymity, a source described by Sherman as a "prominent Republican" told DeSantis, "There's going to be a blowup. Trump fucking hates DeSantis. He just resents his popularity."

That GOP source went on to say, "Trump tells people, 'I made Ron.' Trump says that about a lot of people. But in this case, it's actually true."

If Trump does run for president in 2024 and wins the Republican nomination, it's a safe bet that former President Mike Pence will not be his running mate. Trump still resents Pence deeply for not being able to stop the certification of now-President Joe Biden's Electoral College victory during a joint session of Congress on January 6.

Sam Nunberg, a former Trump adviser, believes that a Trump/DeSantis ticket is likely in 2024.

Nunberg told Sherman, "Heading into 2024, DeSantis is primed to push Trump off the throne. Trump surely sees this coming and will ultimately offer Gov. DeSantis a joint ticket."