The real problem with conservative thought on college campuses 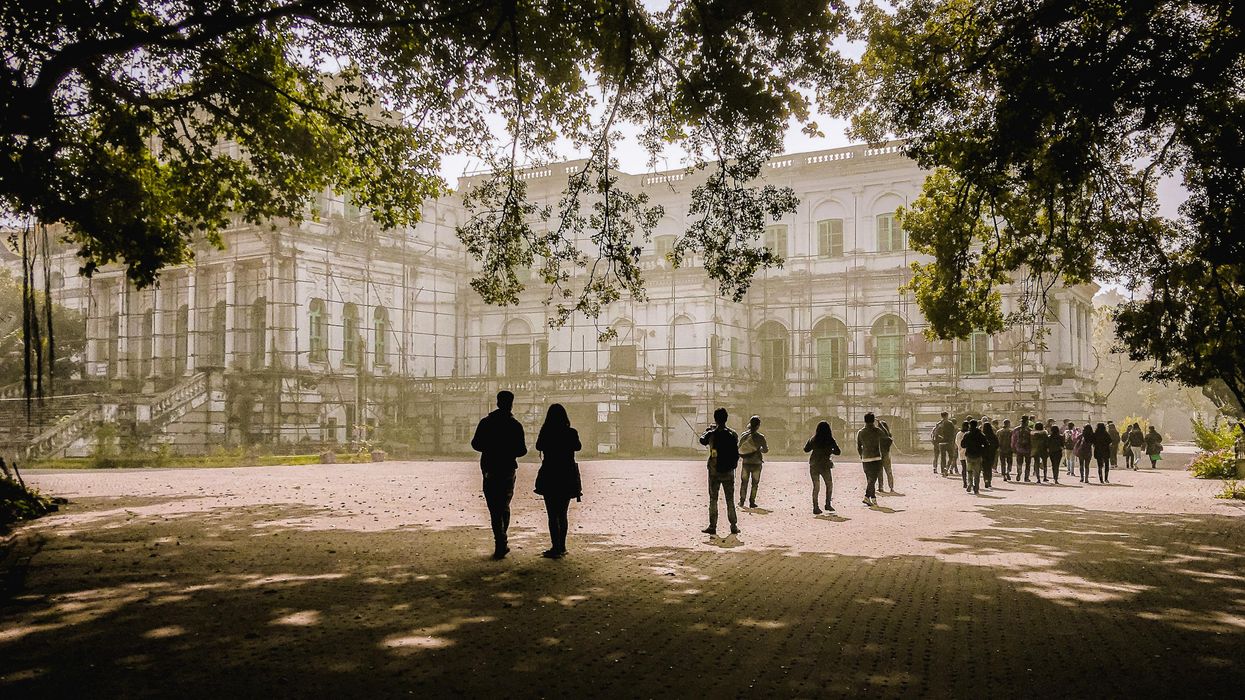 Eric Kaufmann published last month a perplexing account of ideological diversity on college campuses for National Review. He opens the piece by noting that, in a recent survey of female college students, only 6 percent said they would date a Trump supporter, which, as Kaufmann see it, "reveals the predilection among many young elite Americans for progressive authoritarianism." Kaufman then segues into an account of discrimination against conservatives and the problem of liberal over-representation. This, he maintains, like race-based discrimination, merits federal intervention. Solution? Mandating "viewpoint neutrality" in higher education.

Kaufmann's piece was roundly and rightly criticized for its troubling implications regarding free speech as well its bizarre inferences about dating and authoritarianism. I won't rehearse those arguments. But there is something else worth noticing.

Many commentators, including some on the left, have uncritically accepted two of the premises underlying Kaufmann's argument. One, that social justice is increasingly illiberal. Two, that ideological imbalance on college campuses is a societal problem.

For example, in his critique of Kaufmann, New York's Jonathan Chait writes, "Despite veering off immediately into absurdity, Kaufmann does identify a real problem. Many elite American institutions, most dramatically but not exclusively in academia, are becoming ideological monocultures in which commitment to progressive goals is becoming a formal or informal criteria for membership within the community."

This description of a "monoculture" echoes concerns previously voiced by writers from across the political spectrum. In 2019, Nicholas Kristof wrote, "Yet while I admire campus activism for its commitment to social justice, I also worry that it sometimes becomes infused with a prickly intolerance, embracing every kind of diversity except one: ideological diversity." Similarly, the signatories of the 2020 Harper's letter, ranging from leftists to conservatives, also critiqued the social left's "restriction of debate." In this same vein, George Packer's most recent piece in The Atlantic characterized current social justice in America as bordering on tyranny.

When writers—from the left, center or right—reference "ideological conformity" or "monoculture," they often offer little in the way of details. References to homogeneity of thought surely sound troubling. But it all remains very abstract. What's missing is concrete description. So let's unpack these claims a bit to see the box is empty.

Democracy relies on debate between citizens. This does not presume every debate is worthwhile, though. Nor does it imply ideological conformity is always bad. We should not, for example, be concerned about conformity concerning the tooth fairy or the shape of Earth. It's good to agree that the human body is made of cells, that Germany invaded Poland in 1939 and that 2 + 2 = 4. Conformity is often the result of the truth.

Critics of "monoculture" aren't concerned that the work of Milton Friedman or Frederick Hayek is excluded from economics courses—such a concern would be false. In 2021 alone, Google Scholar yields around 8,000 results for articles mentioning these authors. Nor should we worry that anti-capitalist sentiment is taking over college campuses, given the sheer number of works churned out extolling the merits of markets. Universities from Georgetown to Cornell to Texas Tech have whole institutes devoted to this subject. Libertarians, conservatives and liberals all participate.

Just to make a quick list: according to current Republican belief, climate change is, at best, a natural phenomenon unaffected by human behavior and hardly worth worrying about. More often, it doesn't exist. The party also continues to deny the results of a fair and secure democratic election. Republicans have also argued that masks are an ineffective public health measure, covid is just like the flu and George Soros, a Jewish billionaire, pays protesters who disagree with Republican Party policy. Within the party, doubts still remain about whether Barack Obama was born in the United States.

The list goes on. Just the past few weeks have seen Fox News run endless anti-vaccination commentary, including the assertion that guidelines are akin to apartheid. Breitbart featured headlines on the Marxist threat to Taylor Swift. The Federalist published deep dives into Obama's potential connections to critical race theory. The American Conservative published a piece arguing the mass graves of Native children in Canada were "good, actually" as they were a product of a "sincere concern for the salvation of their souls." In the Meantime, Claire Lehmann, the editor of Quillette, spent her week tweeting about Black women's nails as a signal of possible drug abuse.

Given all this, why exactly should we be worried about Republican thought being less well-represented on college campuses? Are we concerned that students won't learn enough falsehoods? That they won't be exposed to enough racism? That covid denialism isn't being taught in biology class? That psychologists aren't seriously considering debates over whether or not Black people are intellectually inferior?

Look, colleges should be maximally permissive in order to protect academic freedom. They should do everything they can to be ideologically blind while hiring. No one should try to ascertain an applicant's ideology. Trump supporters should be hired just as readily as Biden supporters. No professor should be sanctioned for teaching conservative economic theories. Nor should any professor get in trouble for being skeptical of critical race theory or Marxism or any other intellectual framework. However, professors should be sanctioned when they fail to do the basic requirement of their job: education. Modern conservative thought is antithetical to this project.

So do I fear this liberal monoculture in academia? No. One, academia is actually quite ideologically diverse. Two, in cases where "ideological conformity" does exist—such as "the earth is round" and "racism is bad"—perhaps we shouldn't be that fearful of it.

Overall, if analysts are concerned by the lack of representation of conservative ideology, they should be more explicit about which ideas within the Republican potpourri of falsehoods and bigotry should be adopted in college curricula.