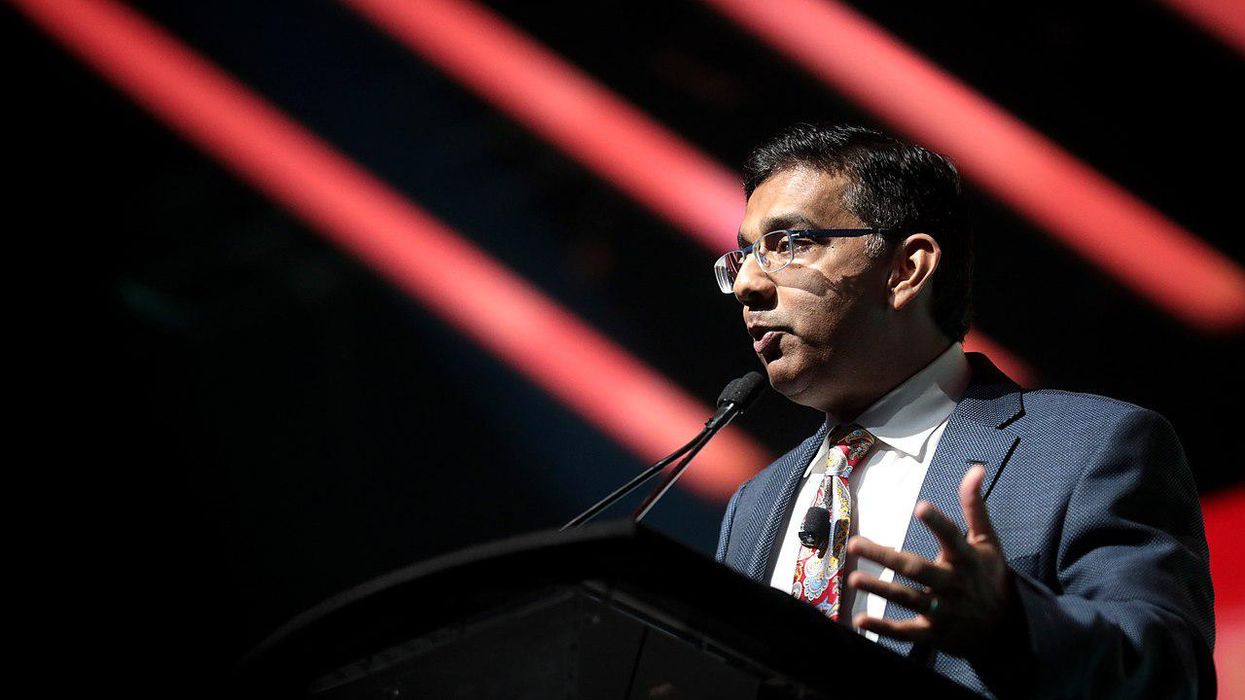 As conservative as journalist Charlie Sykes is, he has made it abundantly clear that he absolutely detests the influence that former President Donald Trump has had on the Republican Party. And the fact that some far-right pro-Trump media figures have been mocking and ridiculing the police officers who were injured during the January 6 insurrection, Sykes writes in a July 30 column for The Bulwark, underscores the "cruelty of the Trumpist right."

On July 27, four police officers who were present at the U.S. Capitol Building on January 6 testified during the first hearing for House Speaker Nancy Pelosi's committee on the Capitol insurrection. The officers described the horrific violence they witnessed that day, and one of them, Sgt. Aquilino Gonell of the Capitol Police, compared it to "something from a medieval battle."

Tweeting video of D'Souza laughing in response to the officers' testimony, Sykes writes, "We've long since established that there is no bottom, and that Dinesh D'Souza is a bottom-feeding charlatan. But this strikes me as revealing in more fundamental ways. In a rational world, D'Souza's puerile mockery of injured cops would be a career-ending episode — a moment when voices across the political spectrum would ask of the convicted felon: 'Have you no sense of decency, sir, at long last? Have you left no sense of decency?' Instead, it is just another data point in the cultivated crassness, crudity and cruelty of the Trumpist right."

US Capitol Sgt Aquilino Gonell: "What we were subjected to that day was like something from a medieval battle. We f… https://t.co/bKcmJcicUB
— Aaron Rupar (@Aaron Rupar) 1627395073.0

In an op-ed published by Politico on July 29, Sykes slammed Turning Point USA's Charlie Kirk and other MAGA Republicans who have been trashing gymnast Simone Biles for withdrawing from the Tokyo Olympics. Such attacks on Biles, Sykes argued in Politico, show how warped and depraved the MAGA movement has become. And similarly, Sykes views D'Souza's demonization of Capitol Police officers injured on January 6 as part of an overall pattern of hatefulness.

The celebration of outright "cruelty," according to Sykes, has "become a way of life" for MAGA extremists like D'Souza.

"On one level," Sykes explains, "D'Souza's mockery of police officers injured in the line of duty is just another example of performative assholery. But it also fits a pattern worth noting: Charlie Kirk mocks Simon Biles for 'weakness,' Tucker Carlson cackles about critics, and Laura Ingraham ridicules victims of the January 6 riots. None of this has any relationship to the fight for freedom, limited government or national greatness, or anything like a coherent set of ideas. But there is a through-line here: a strutting posture of faux toughness, and the celebration of the 'strong' as opposed to the weak."