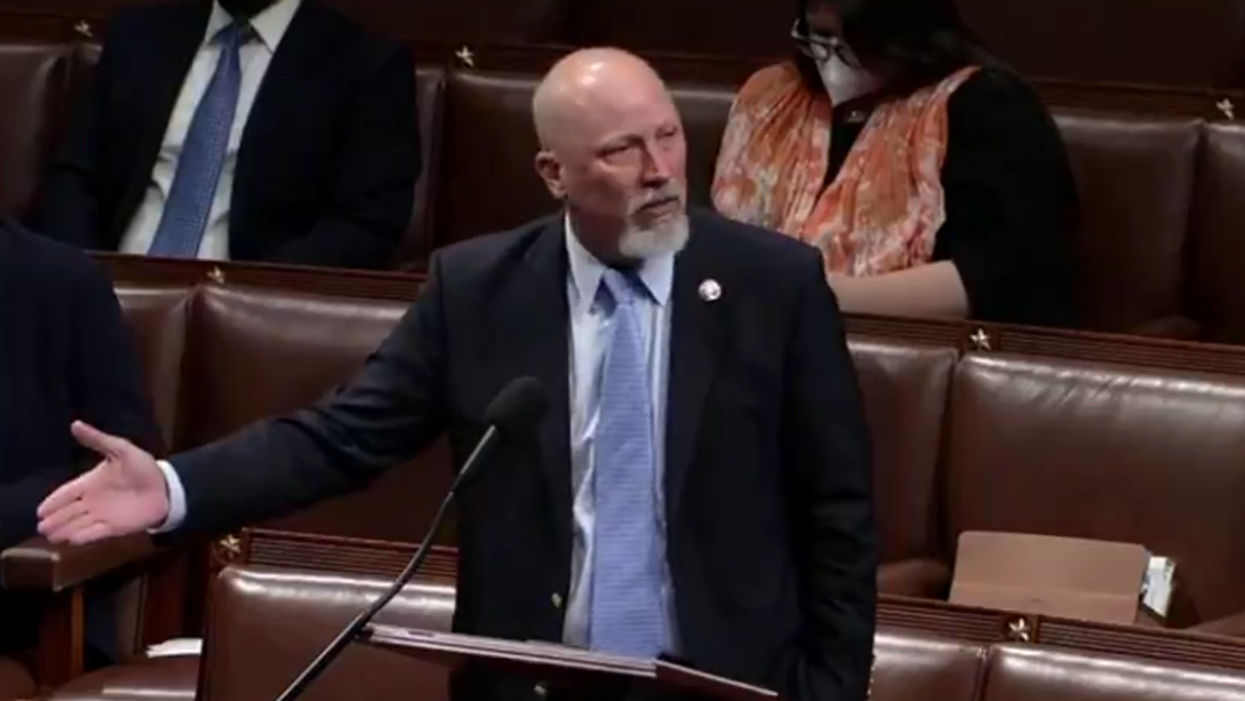 U.S. Rep. Chip Roy (R-TX), almost screaming for two minutes, cried: "We gotta wear masks? In the peoples' house? This institution is a sham! And we should adjourn and shut this place down!"

As he spoke a maskless Rep. Marjorie Taylor Greene (R-GA) walked behind him and sat down.

"We have a crisis at our border. And we're playing footsie with mask mandates in the People's House," Roy, who in May was also part of a dozen Republicans refusing to wear masks. About half of GOP representatives are unvaccinated or have refused to reveal their status.

"I mean it's absolutely absurd what this body is doing to the people's house, it's an embarrassment. It's a mockery, and the American people are fed up," Rep. Roy declared.

"We have the New York Times, okay, today: 'What a mess, CDC about to reverse on indoor masking for the vaccinated, this is some serious nanny state stuff that will only breed resentment,'" Roy said, reading from his phone.

That was not The New York Times, but a personal tweet from Talmon Joseph Smith, a staff editor at the Times, who has been widely criticized for spreading false coronavirus information.

"No kidding," Roy continued. "Consider resentment, being magnified right here in the floor of the House of Representatives. We are absolutely sick and tired of it and so are the American people."

But an actual article in the Health section of The New York Times actually reverses Roy's claim:

"As coronavirus cases resurge across the country, many inoculated Americans are losing patience with vaccine holdouts who, they say, are neglecting a civic duty or clinging to conspiracy theories and misinformation even as new patients arrive in emergency rooms and the nation renews mask advisories."

Roy goes on to berate the House as a "sham of an institution" that "is doing nothing for the American people, nothing for the betterment of the people that send their representatives here."

A Harvard Medical School article from 2020, updated just today, states clearly: "Experts estimate we can save hundreds of thousands of lives and considerably boost the chances of controlling the pandemic if we all commit to wearing a mask and follow familiar preventive measures."

Watch the Congressman from Texas: