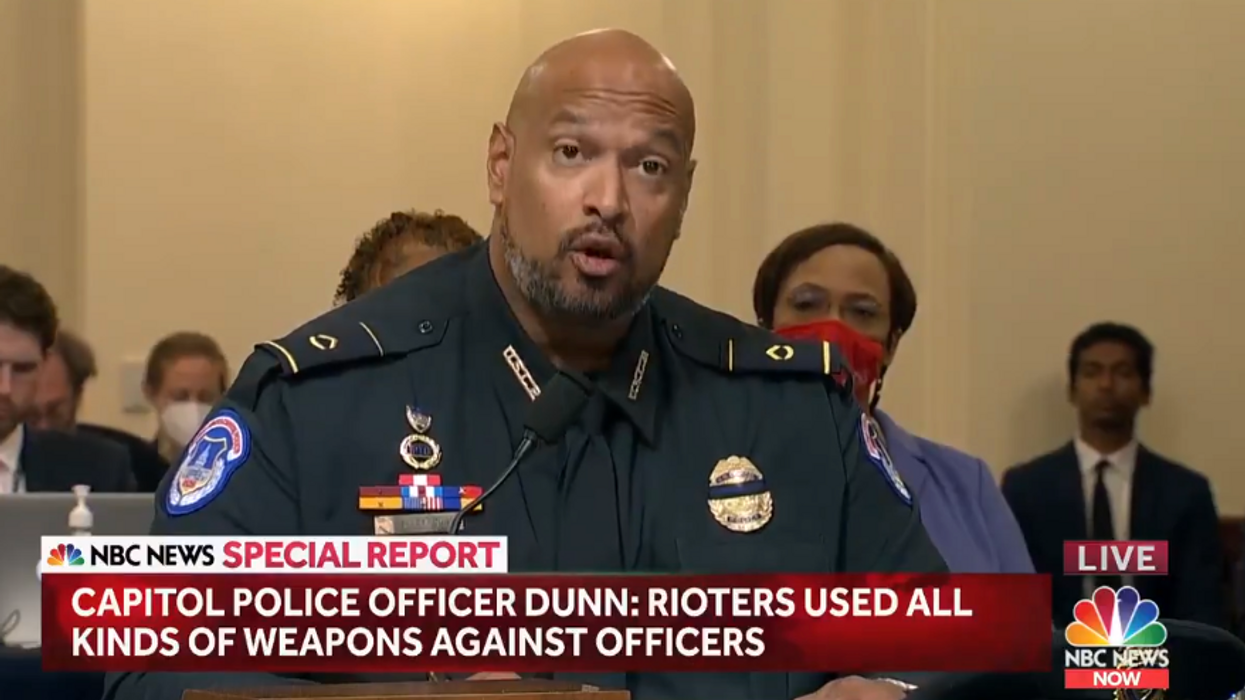 U.S. Capitol Police officer Harry Dunn told the U.S. House Select Committee on the January 6 Attack that the insurrectionists repeatedly called him the "N" word during the assault on the Capitol. Witnesses testified today that some of the domestic terrorists were even carrying Back the Blue flags that day.

"More and more insurrectionists were pouring into the area by the Speaker's Lobby near the rotunda and some wearing MAGA hats and shirts that said 'Trump 2020.' I told them to just leave the Capitol. And their response was, 'No man. This is our house. President Trump invited us here. We're here to stop the steal. Joe Biden is not the president, nobody voted for Joe Biden.'"

"I'm a law enforcement officer," Dunn, a 13-year veteran of the force told Committee members, "and I do my best to keep politics out of my job. But in this circumstance, I responded, 'Well, I voted for Joe Biden. Is my vote not count? Am I nobody?'"

"That prompted a torrent of racial epithets. One woman in a pink MAGA shirt yelled, 'You hear that, guys, this n***** voted for Joe Biden.' Then the crowd, perhaps around 20 people joined in screaming, 'boo, f*cking n*****. No one had ever, ever called me a n*****, while wearing the uniform of a Capitol police officer. In the days following the attempted insurrection, other black officers shared with me their own stories of racial abuse on January 6. One officer told me he had never in his entire 40 years of life been called a n***** to his face. and that streak ended on January 6."

The Atlantic's Adam Serwer explains how the insurrectionists – the pro-Trump domestic terrorists, the MAGA rioters – viewed the police: