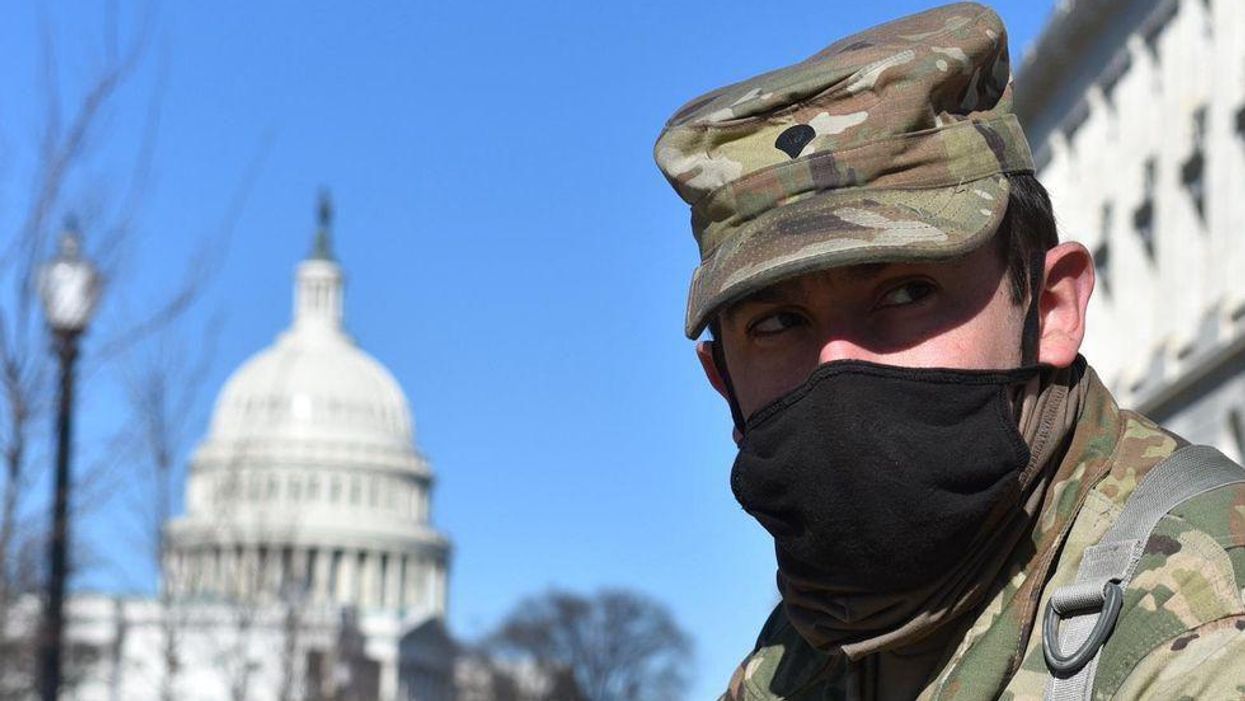 Press freedom advocates on Saturday were encouraged by news that the U.S. Department of Justice has begun making arrests related to attacks on journalists at the Capitol on January 6, when hundreds of supporters of former President Donald Trump violently breached security measures to try to stop Congress from certifying the 2020 election results.

In addition to attacking some members of the Capitol Police—including one who later died of his injuries—and stalking lawmakers, some of those who attempted the insurrection targeted members of the media by damaging their equipment, assaulting them, and trying to chase them away from the Capitol.

Starting last week, the Washington Post reported Saturday, the FBI began arresting people who were violent towards journalists during the riot and who prevented them from reporting at the scene. At least five people have been charged so far, and authorities expect more arrests.

"The vilification of the media that we saw from the previous administration was incredibly concerning, and that played into a longer arc of rising anti-press sentiment across the country," Katherine Jacobsen, a researcher at the Committee to Protect Journalists, told the Post. "January 6 showed that what the administration says about the media does matter, words do matter, and can have very negative, very real [impacts] on reporters and their ability to do their jobs safely."

Advocates began calling for those who targeted journalists at the Capitol to be held to account shortly after the attack.

"The violence displayed toward the media during the assault on the United States Capitol has no place in a democracy," said Carlos Martinez de la Sern, a program director at the Committee to Protect Journalists, two days after the riot. "Individuals who threatened and assaulted journalists must be held accountable for their actions."

The FBI is charging the people in question with "committing violence in the restricted grounds of the Capitol, or destroying property on the Capitol grounds," the Post reported, because there are no federal laws specifically barring attacks on journalists.

Those charged so far include Shane Jason Woods of Illinois, who allegedly tackled a cameraperson with a news outlet to the ground; Sandra Weyer of Pennsylvania, who allegedly filmed and encouraged a group of men to attack a New York Times photojournalist; and Chase Kevin Allen, who was reportedly filmed stomping on reporters' equipment.

During the riot, the phrase "murder the media" was scrawled on a door inside the Capitol and a mob destroyed equipment owned by Associated Press reporters, reportedly tying some electrical cords from the cameras into a noose.

The attack on the Capitol and attempt to stop the democratic process came as Trump and other Republican lawmakers made false claims about the legitimacy of the election results and claimed the election had been stolen—and followed years of attacks by Trump on the media, which he referred to as "the enemy of the people" at rallies, prompting outcry from U.S. press freedom groups as well as the United Nations special rapporteur on freedom of expression.

Following years of hostility toward journalists coming from the White House, the Reporters' Committee for Freedom of the Press said the recent charges "send a very clear message that the Justice Department will protect journalists who are doing their jobs to keep us informed."

"We welcome the Justice Department's steps to hold people accountable for assaulting journalists and damaging their equipment as they documented one of the worst attacks on our democracy in recent times," said Bruce Brown, the group's executive director.