How Trump’s ‘Big Lie’ got started with the help of his unscrupulous sycophants: new book 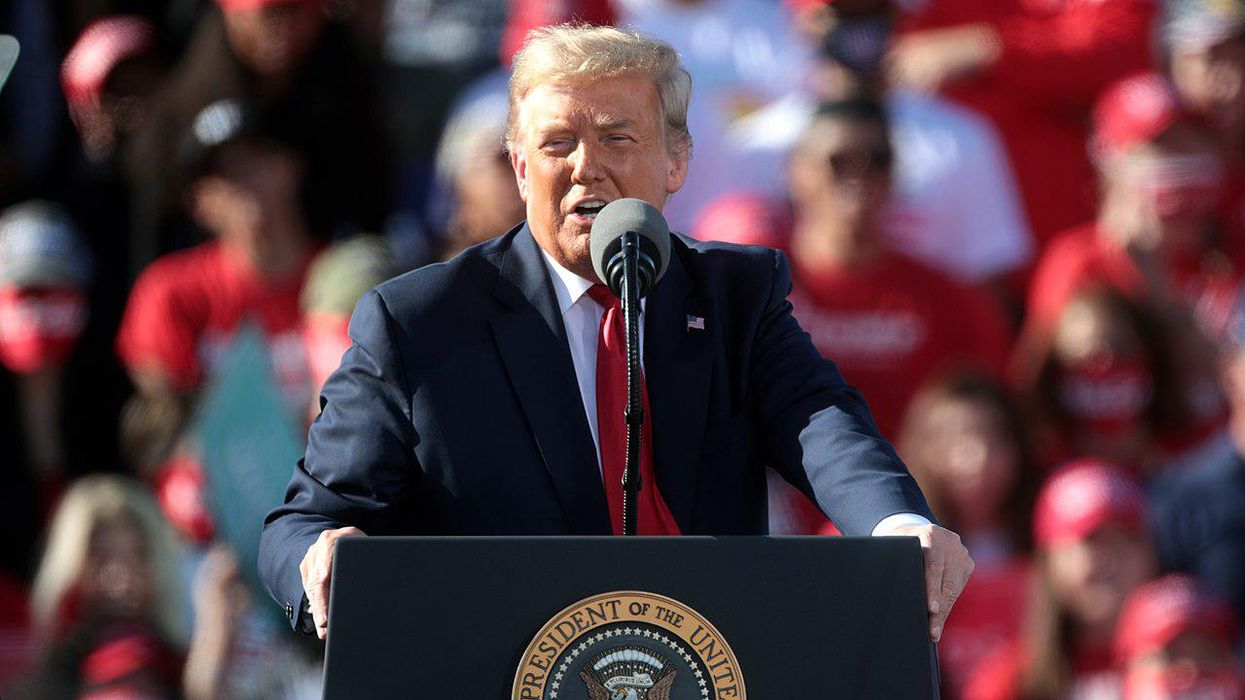 The aftermath of the 2020 presidential election was unprecedented in U.S. history. Never before had a U.S. president who was decisively voted out of office falsely claimed that the election was stolen from him because of widespread voter fraud, and never before had members of his party encouraged his delusions. In an excerpt from their book", "I Alone Can Fix It: Donald J. Trump's Catastrophic Final Year," Washington Post reporters Carol D. Leonnig and Philip Rucker discuss the 2020 election and how the Big Lie got started.

The Big Lie is Trump and his allies' false claim of widespread voter fraud. In fact, the 2020 presidential election was quite secure, and now-President Joe Biden enjoyed a decisive victory — winning 306 electoral votes and defeating Trump by more than 7 million in the popular vote. But after Election Day 2020, Trump refused to concede — and as the "I Alone Can Fix It" excerpt demonstrates, there was no shortage of Trumpistas who were happy to promote Dear Leader's delusions.

In the book excerpt, published by the Washington Post on July 13, Leonnig and Rucker note that Trump's campaign was feeling optimistic on Election Night 2020.

"At the White House, people liked what they were seeing," Leonnig and Rucker write. "There was a party atmosphere. Staff hung out in West Wing offices chatting at least until 9 p.m. National Security Council officials celebrated in the Roosevelt Room. White House Chief of Staff Mark Meadows served beer and food in his corner office. Another group of aides lingered outside White House Press Secretary Kayleigh McEnany's office, known as Upper Press."

The Biden campaign was disappointed when, on Election Night, it learned that Trump won Florida and Ohio. But when right-wing Fox News' decision desk called Arizona for Biden, Trump was furious, according to Leonnig and Rucker — and screamed, "What the fuck is Fox doing?"

As the vote counting continued in the days ahead, the election results were looking better and better for Biden — who not only flipped Arizona (which Trump won in 2016), but also, Pennsylvania, Michigan, Wisconsin and Georgia. Trump, however, maintained that he won the election and refused to concede. Former New York City Mayor Rudy Giuliani, Trump's personal attorney, believed that Trump's strategy should be "just say you won." But Giuliani was hardly Trump's only enabler. White House Chief of Staff Mark Meadows, Eric Trump and others encouraged the Big Lie.

"This was an extraordinary accusation for any political candidate to make about any election, much less for a sitting president to make about the country's most consequential election," Leonnig and Rucker explain. "Trump was telling the 74 million people who voted for him not to trust the results."

Those who were appalled by Trump's refusal to accept democratic election results ranged from House Speaker Nancy Pelosi to conservative Sen. Mitt Romney of Utah, although they weren't necessarily surprised.

Pelosi told Leonnig and Rucker, "It was clear over that four-year period that this was not a person who was on the level — on the level intellectually, on the level mentally, on the level emotionally and certainly not on the level patriotically. So, for him to say what he said, I wouldn't say was (as) surprising as it might have been if we hadn't seen the instability all along."

Romney told Leonnig and Rucker, "We're in a global battle for the survival of liberal democracy in the face of autocracy and autocratic regimes attempting to dominate the world. So, saying something and doing things that would suggest that in the free nation of the United States of America and the model of democracy for the world, that we can't have a free and fair election would have a destructive effect on democracy around the world, not just to mention here."