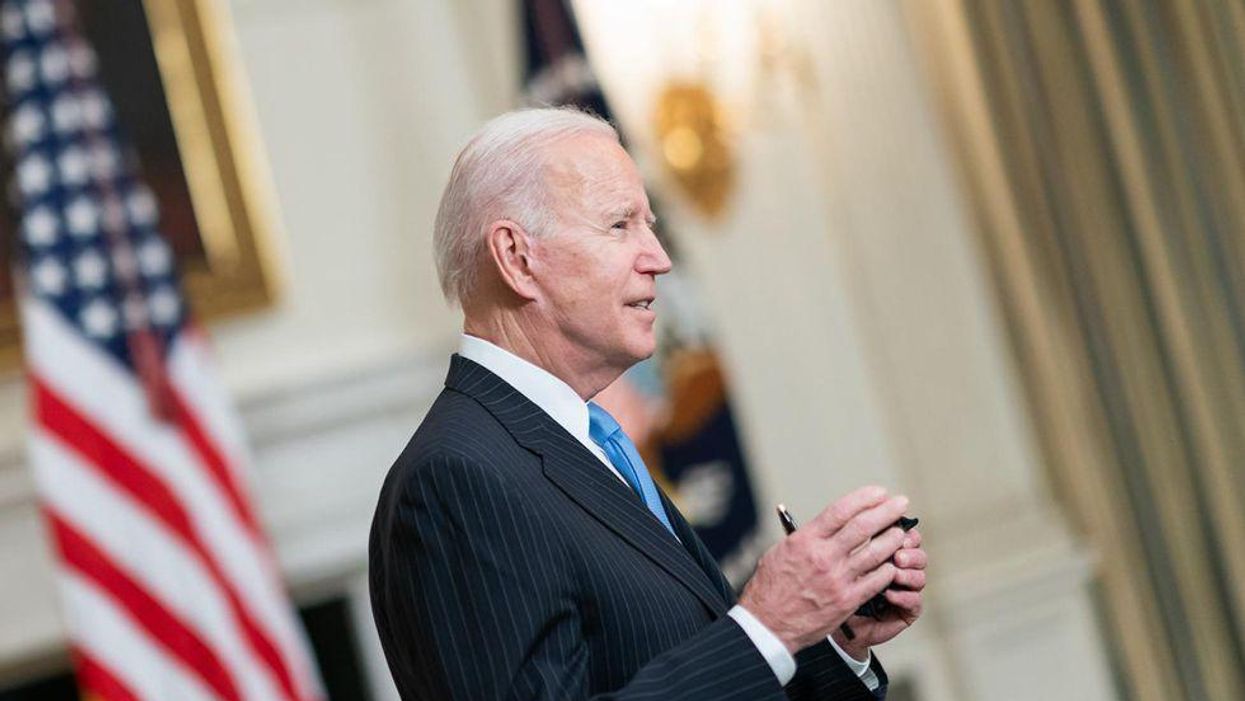 President Joe Biden talks to members of the press in the State Dining Room of the White House Tuesday, March 2, 2021, after delivering remarks during a COVID-19 announcement. (Official White House Photo by Adam Schultz)
Julia Conley
and
Common Dreams
July 08, 2021

Four scientists at the Environmental Protection Agency are alleging that the "war on science" is continuing under the Biden administration, with managers at the agency altering reports about the risks posed by chemicals and retaliating against employees who report the misconduct.

The government watchdog Public Employees for Environmental Responsibility (PEER) filed a formal complaint Friday on behalf of the scientists with the EPA's Office of the Inspector General, calling for an investigation into reports that high-level employees routinely delete crucial information from chemical risk assessments or change the documents' conclusions to give the impression that the chemicals in question are not toxic.

The group also wrote to the House Committee on Oversight and Reform's Subcommittee on Environment, calling on lawmakers to work with the inspector general to investigate the allegations.

The report follows outrage about officials in the Trump administration covering up scientific facts by deleting the EPA's climate change website, but PEER emphasized that the problem is persisting at the agency six months into President Joe Biden's term.

"These alterations of risk assessments are not just artifacts of the Trump administration; they are continuing on a weekly basis," said Kyla Bennett, science policy director at PEER who formerly worked at the EPA.

Under the Toxic Substances Control Act, the agency is responsible for evaluating the risks of existing chemicals as well as those slated to be manufactured in or imported to the United States.

The four employees said in the complaint that they've observed "numerous instances" in which significant changes were made to their own assessments, including:

In one case, managers increased the dose considered safe for consumption for a certain chemical by nearly 10,000-fold, according to The Hill.

"All of these altered assessments need to be pulled back and corrected in order to protect both workers handling chemicals and the American public," said Bennett.

According to PEER, staff scientists at EPA have spent months raising concerns internally and filing a formal complaint on their own—only to face "harassment from managers named in the complaints."

Hours after PEER filed the complaint on Friday, the organization said, the four whistleblowers' names were released internally at the EPA in "a troubling move" by someone at the agency.

"Whistleblowers help protect us all—we must protect them," PEER said.

Hours after we filed a complaint against @EPA on Monday, someone released #whistleblowers' names broadly within EPA… https://t.co/g7I9uo5puv
— PEER (@PEER) 1625240853.0

The organization called on the inspector general to "identify all the alterations and restore the correct risk information," and to dismiss the civil service managers found responsible for the misconduct in the investigation.

"EPA's lack of accountability for scientific misconduct poses a direct danger to public health," said Bennett. "Inside EPA, scientific integrity has become an oxymoron and a cure will require a complete overhaul."