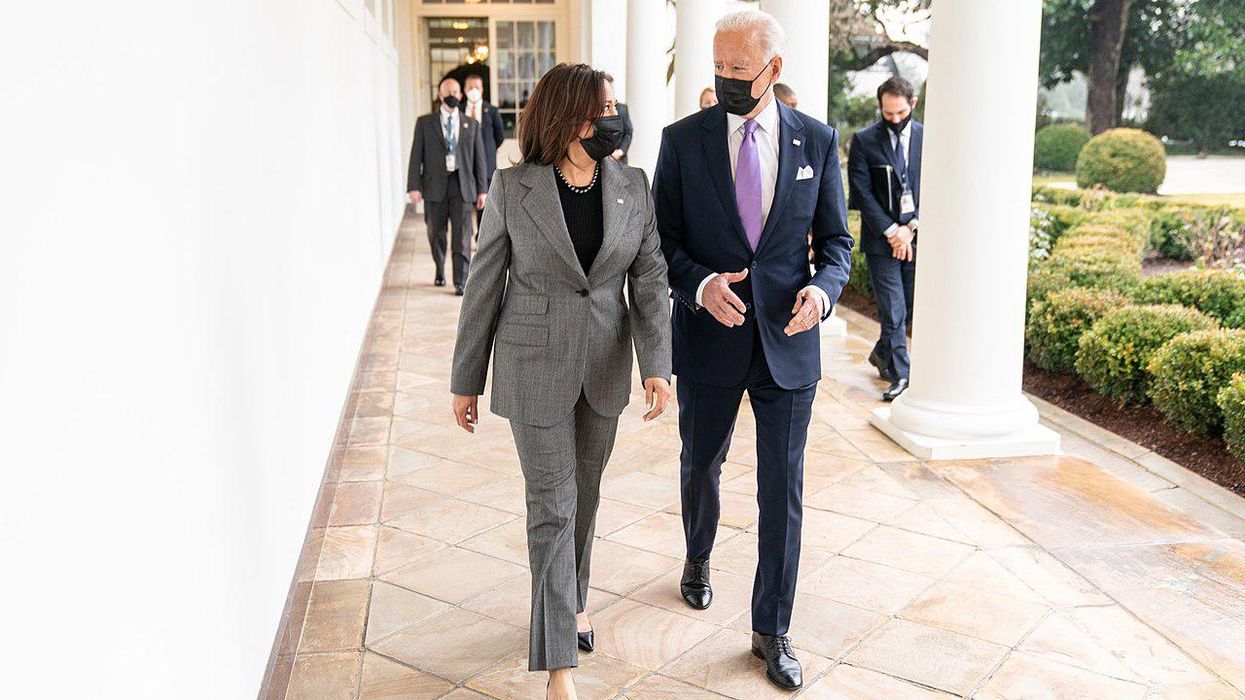 Midterms can be brutal for sitting presidents in the United States, even those who win a second term. Barack Obama, Bill Clinton and Ronald Reagan watched their parties suffer major midterms losses only to be comfortably reelected two years later; Donald Trump, in contrast, was clobbered during the 2018 midterms and voted out of office in 2020. It remains to be seen what the 2022 midterms and the 2024 presidential election have in store for President Joe Biden, but according to New York Times reporter Nate Cohn, Biden may have found a way to avoid a "drubbing in the midterm elections."

"It is far too soon to say whether Mr. Biden will avoid the fate of Presidents Bill Clinton, Barack Obama and Donald J. Trump, who all lost at least 41 seats in the House of Representatives in their first midterm," Cohn explains in a Times report published this week. "But by carving a middle path between legislative gridlock and a bold initiative to achieve a transformative partisan goal like health care, Mr. Biden is so far avoiding one of the most obvious pitfalls of modern presidential politics."

Cohn points out that while right-wing media have "focused on the culture wars" during Biden's six months as president, Biden has prioritized his legislature agenda — including "infrastructure."

"At times," Cohn observes, "the all-but-manufactured controversies over 'critical race theory' and the removal of some Dr. Seuss books from publication have received more attention than trillions of dollars in new spending…. It's nothing like the intense pushback Mr. Obama faced from Republicans over a decade ago when he prioritized health care. It gives Mr. Biden and his party a better chance to capitalize on what he hopes will be an increasingly favorable national political environment."

Some conservatives and libertarians have been criticizing Biden's agenda from a fiscal standpoint, arguing that he is increasing the United States' federal deficit too much. But those fiscal conservatives tend to be non-Trumpian types; MAGA Republicans have emphasized culture war issues in their attacks on Democrats. And Cohn notes that so far, Biden's legislative agenda is faring well in polls.

"The most recent polls suggest that Mr. Biden's big spending plans are all fairly popular," Cohn observes. "A CBS/YouGov poll this weekend found that 59% of adults approved of Mr. Biden's infrastructure plan. Around 60% of voters — including a quarter or more of self-identified Republicans — approved of his multitrillion-dollar spending on infrastructure and health in June polls by Morning Consultand Monmouth University."

In light of how much former President Donald Trump ran up the federal deficit during his four years in office, MAGA Republicans would look ridiculous attacking Biden for spending too much.

"The inability of conservatives to muster outrage in response to trillions of dollars of new spending would have been difficult to imagine a decade ago, when the Tea Party emerged in furious and all-but-unconditional opposition to Mr. Obama's stimulus and health care plans," Cohn writes. "But Republicans all but chose to abandon laissez-faire economics when they nominated Mr. Trump, who proved in victory that it was easier to appeal to conservatives by stoking outrage over cultural issues than by arguing for limited government."

Cohn points out that there is "still time for voters to sour on Mr. Biden's initiatives," but so far, according to polls, that hasn't happened. Nonetheless, the Times reporter observes that Democrats don't have a lot of seats to lose if they want to keep their narrow majorities in the U.S. Senate and the U.S. House of Representatives in 2022.

"Democrats will most likely struggle to hold Congress, no matter the national political environment," Cohn explains. "Republicans are sure to intensify their attacks as the midterms approach. The party has no margin for error in the House, where Republicans need to flip only five seats to take control. They might flip that many simply through partisan gerrymanders. And even the very best midterm showings typically involve the president's party gaining just a few seats."