Trump's followers are trying to turn Ashli Babbitt into their movement's martyr: All she needs now is a hit song 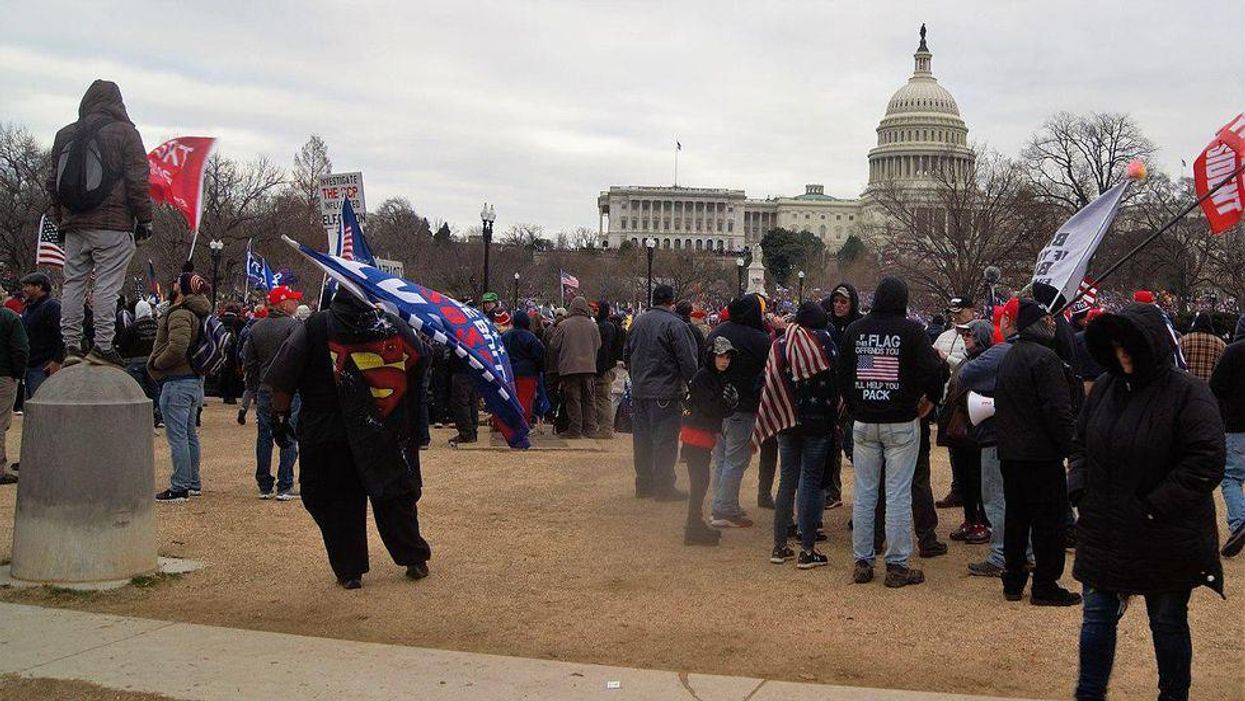 Ashli Babbitt, the 35-year-old QAnon supporter and Trump superfan who was killed in the U.S. Capitol building on Jan. 6, is already far more famous in death than she ever was in life. Her fate reminded me of a famous 1963 episode of "The Twilight Zone," "He's Alive," in which Adolf Hitler's ghost (Curt Conway) returns from the grave to teach a young neo-Nazi named Peter Vollmer (Dennis Hopper) how to manipulate a crowd. Hitler explains that exploiting the death of an obscure follower transforms that individual into a heroic martyr. "This is an act of friendship," says the spectral Führer. "We are allowing him to serve the cause."

Whether or not Donald Trump and his movement think they are doing Babbitt a favor by lionizing after her death, she has clearly become a sacrifice to the ex-president's ego and glory. Trump's supporters are eager to uncover the name of the police officer who shot Babbitt, but much less eager to remember that she died after Trump urged an angry right-wing mob to storm the Capitol. The video of her shooting, which makes clear that Babbitt and other members of the mob were literally trying to break into the House chamber and attack members of Congress, is likewise swept under the rug. That's without even mentioning the obvious fact that Babbitt died in service of the bogus cause of Trump's Big Lie about the 2020 election.

Fox News host Tucker Carlson has sided with Vladimir Putin in questioning Babbitt's shooting. Rep. Paul Gosar of Arizona, the leading insurrectionist in Congress, has staged a spectacular performance of outrage over her death. Her name has repeatedly been a trending topic on Twitter. Even those outside the Trump cult have been bowed: CNN, a frequent target of Republican abuse and outrage, published a piece about Babbitt last month that omitted many damaging facts and seemed infected with terminal both-sides-ism.

Trump recently told a crowd of his supporters in Florida that he wanted to know the identity of the police officer who had shot Babbitt, suggesting there was something sinister at work. "We all saw the hand, we saw the gun," Trump said. "You know, if that were on the other side, the person that did the shooting would be strung up and hung. OK? Now they don't want to give the name. ... It's a terrible thing, right? Shot. Boom. And it's a terrible thing."

There's a disturbing historical echo behind Trump and his supporters' effort to manipulate Babbitt's death this way, an echo also clearly referenced in Rod Serling's script for the "Twilight Zone" episode. That would be the case of Horst Wessel, who became for Hitler and the Nazi Party what Babbitt may now be for the Trump.

Born in the German city of Bielefeld in 1907, Wessel was a law school dropout who joined the SA or "brownshirts," the Nazi Party's paramilitary organization, during the waning days of the Weimar Republic in the late 1920s. He was perhaps more like a member of the contemporary Proud Boys or Oath Keepers; we still don't know how deeply Ashli Babbitt was involved with right-wing extremism. At any rate, Wessel impressed future Nazi propaganda minister Joseph Goebbels, helped organize the Nazi youth movement in Vienna and staged or led numerous violent street clashes in Berlin with Communists — the antifa of their day, more or less. Wessel fancied himself as a tough guy and sought out situations where he could act out his macho impulses. Given that, his death almost had elements of farce. After a dispute with his Communist landlady — which was likely over unpaid rent, not politics — Wessel was shot on the street by two other Communists on Jan. 14, 1930. He died in a hospital a few weeks later, three years before the Nazis took power in Germany.

Wessel looks like a distinctly mediocre individual in the historical rear-view mirror, but the Nazis transformed his life and death into legend. In a campaign approved by Hitler and led by Goebbels, Nazi propaganda outlets depicted him as a hero. His funeral procession was viewed by 30,000 people who lined the streets of Berlin. He become the subject of a major motion picture and was honored by numerous monuments and books. A song Wessel had written for the SA the year before he died, later universally known as the "Horst Wessel Song," became an unofficial anthem of the Third Reich: According to a 1934 law, every German citizen had to give the "Hitler greeting" upon hearing it.

As far as we know, Ashli Babbitt didn't write a song and had no previous history of right-wing violence. But like Wessel, she cannot be described as a peaceful protester or even an overzealous advocate for a dubious cause. She died in a violent attack against democracy, as part of the first serious effort in American history to overturn an election by force. She died based on the lies of a would-be authoritarian dictator, the first American president to resist leaving office after losing an election. Her death was a personal tragedy, no doubt. But now the cynical movement that sent her to die in the Capitol wants to exploit that tragedy by turning her into a martyr for fascism. We've seen that before, and we've seen where that can lead — to a place even darker than the Twilight Zone.