Ocasio-Cortez urges Biden not to send US troops to Haiti 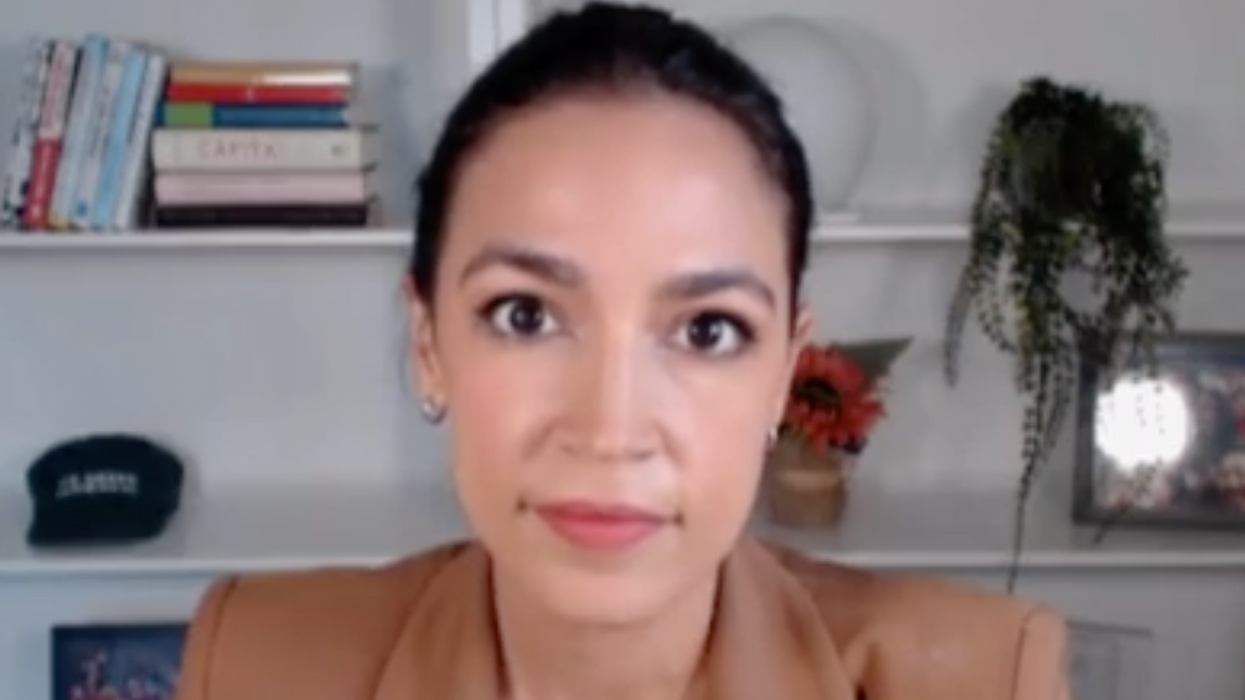 U.S. Congresswoman Alexandria Ocasio-Cortez said Monday morning that the Biden administration should resist calls to deploy American troops to Haiti in the wake of the assassination of the Caribbean nation's president last week, warning that such a move would risk deepening the country's political crisis.

"I do not believe right now that the introduction of U.S. troops, particularly without any sort of plan, sets any community —whether it's the U.S. or whether it's Haitians—up for success," the New York Democrat said in an appearance on Democracy Now! "Our role should be in supporting a peaceful transition and a peaceful democratic process for selecting a new leader and avoiding any sort of violence."

Ocasio-Cortez went on to say that the Biden administration should support efforts to bring to justice "any actors that may have been complicit [in the assassination] on U.S. soil."

The New York congresswoman's remarks came hours after Haitian authorities announced the arrest of a Haitian-born, Florida-based doctor who allegedly helped mastermind the killing of President Jovenel Moïse in his home last week.

Christian Emmanuel Sanon—a 63-year-old man who has been living in Florida periodically for two decades and has more than a dozen businesses registered in the state—is the third Haitian-American who has been arrested in connection with the assassination. In total, more than two dozen people have been detained for taking part in the killing, including 11 former members of the U.S.-backed Colombian military.

According to Haitian authorities, Sanon worked with a Miami-based private security firm to hire the mercenaries who gunned down Moïse in the dead of night. Video footage from the scene shows armed assailants posing as officials from the U.S. Drug Enforcement Agency as they moved in on Moïse's private residence in the early hours of Wednesday morning.

Following the assassination, Acting Prime Minister Claude Joseph asked the Biden administration to send U.S. troops to Haiti with the ostensible goal of protecting the country's key infrastructure, prompting outcry from Haitians and observers familiar with the bloody history of U.S. intervention in the Caribbean nation.

While the Biden administration has yet to grant the troop request, the U.S. did send officials from the FBI and Department of Homeland Security to Haiti over the weekend to—in the words of Pentagon spokesperson John Kirby—"see what we can do to help them in the investigative process."

"I think that's really where our energies are best applied right now in helping them get their arms around investigating this incident and figuring out who's culpable, who's responsible, and how best to hold them accountable going forward," Kirby said in a Fox News appearance on Sunday. "That's where our focus is right now."

Kirby added that Joseph's call for U.S. troops is "going through a review."