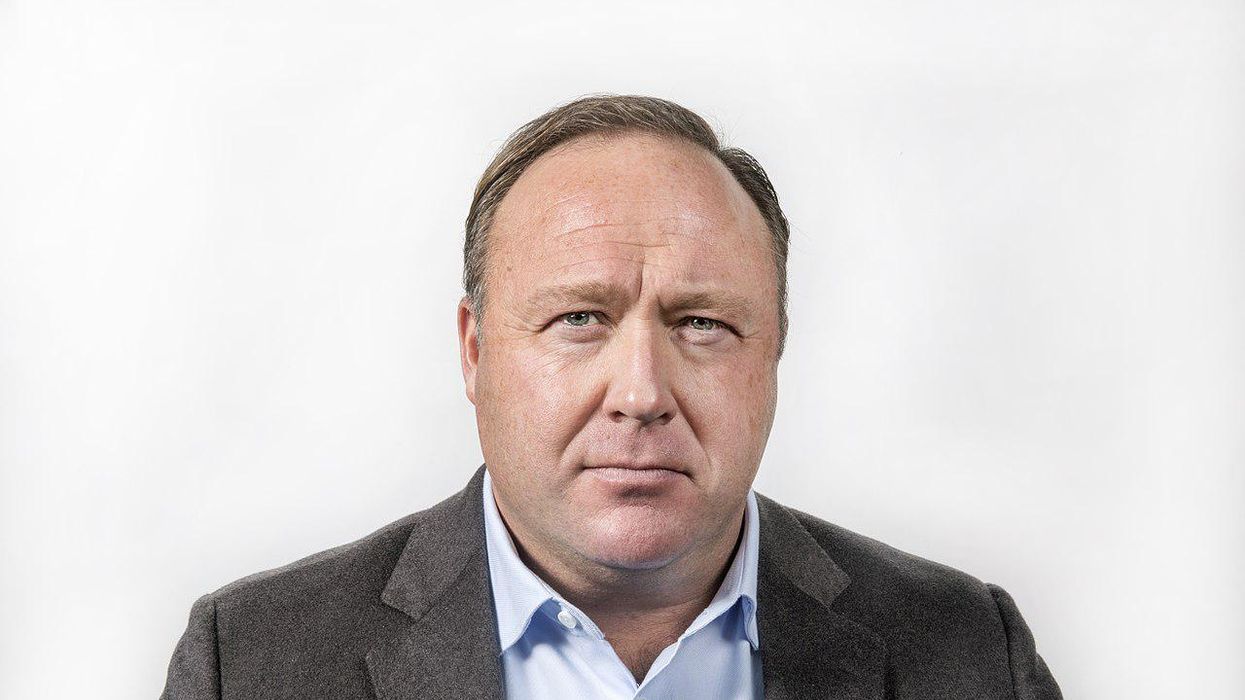 The Trump years were both good and bad for far-right conspiracy theorist Alex Jones. The Trump Administration treated Jones' Infowars like a serious news organization — former President Donald Trump gave Jones and Infowars a lot more respect than he gave CNN, the Washington Post or the New York Times — but Jones also battled multiple lawsuits from the families of the 2012 Sandy Hook massacre. Those lawsuits continue in the Biden era, and now, Jones is making a bizarre effort to drag 2016 Democratic presidential nominee and former Secretary of State Hillary Clinton into the lawsuits as part of his defense.

The Daily Beast's Will Sommer reports that in a court filing on July 1, Jones' attorneys asked a judge to depose Clinton in the case. Jones' legal team, with that motion, is claiming that Clinton was behind the lawsuits filed against the Infowars host — who claimed that the Sandy Hook Elementary School massacre of December 14, 2012 was a false flag.

The motion says, "The defendants in this case believe that this suit was filed six years after the shootings at Sandy Hook as part of a vendetta inspired, orchestrated and directed in whole or in part by Hillary Clinton as part of a vendetta to silence Alex Jones after Ms. Clinton lost the presidential race to Donald J. Trump. The litigation is brought and pursued in bad faith as part of a partisan effort to silence Mr. Jones for reasons wholly independent of the merits of the plaintiffs' claims."

One of the relatives of the Sandy Hook victims, according to Jones' attorneys, spoke at the 2016 Democratic Convention and was "praised" by Clinton. But that, Sommer observes, is the only "proof" that Jones' legal team offers of Clinton being involved in the lawsuits against the Infowars founder.

Sommer notes, "The evidence behind Jones' eye-catching claim that Clinton could have organized the lawsuit is thin to nonexistent. And it could result in new court sanctions against Jones, who is already on the hook for more than $150,000 in court fines over the Sandy Hook lawsuits playing out in Texas."

In a filing, the plaintiffs' attorneys stressed that Clinton has nothing to do with their case against Jones — writing, "It appears to be a publicity stunt in service of a new conspiracy theory by Alex Jones filed for the abusive purpose of deposing a highly prominent person who has no relation to this case."