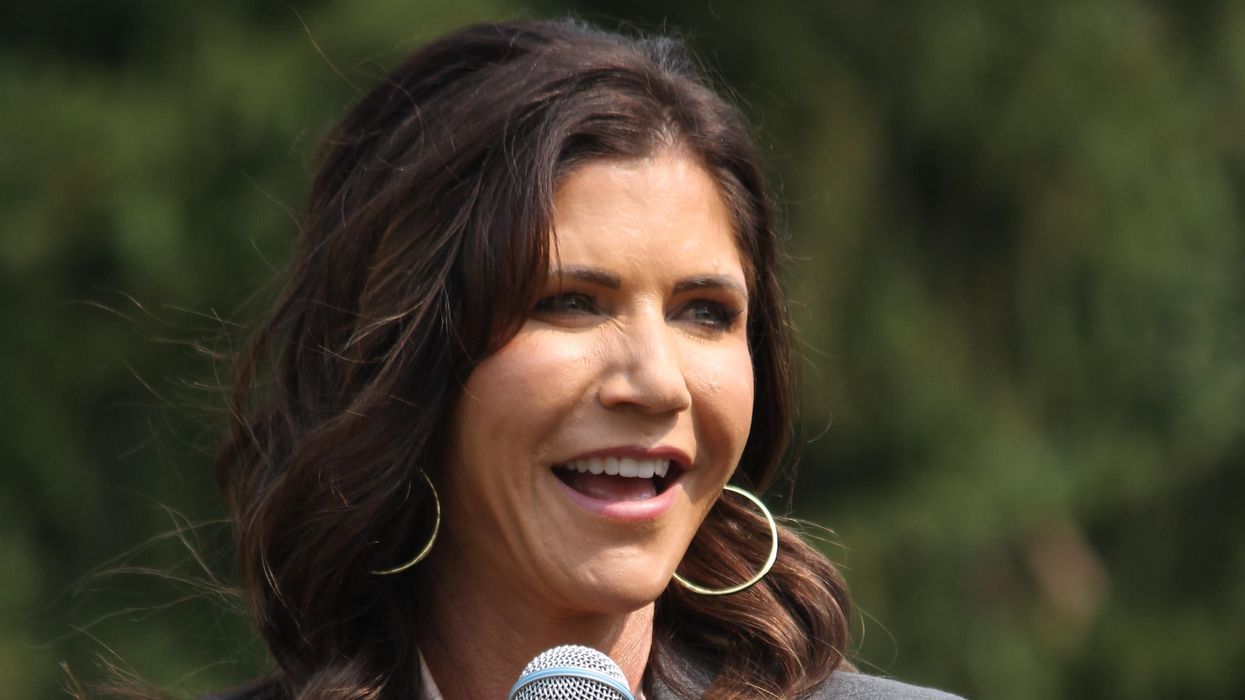 South Dakota and Vermont are not only two very different states politically — they are also two states that have had very different COVID-19 outcomes. And Dr. Ashish Jha, a dean at the Brown University School of Public Health who is often featured as a medical expert on MSNBC, lays out some reasons for those outcomes in an op-ed published by the Washington Post this week.

South Dakota is a deep red state with a Republican governor, Kristi Noem, who is a far-right supporter of former President Donald Trump and has been highly critical of COVID-19 restrictions and social distancing measures. Even now, she still brags about her refusal to comply with basic public health precautions:

Vermont, in contrast, is a blue state that has a Republican governor, Phil Scott, who leans conservative economically but is far from a Trump loyalist. Although Scott has policy differences with Vermont's Sen. Bernie Sanders, a self-described "democratic socialist," he crossed party lines in the 2020 presidential election and voted for now-President Joe Biden — not Trump. And Scott has never been a coronavirus denier.

Jha explains, "Let's start with some basics. Vermont and South Dakota share several important similarities. Both have relatively White, older and rural populations. They have comparable median incomes. Both states have Republican governors, challenging the simplistic notion that COVID risk is a partisan phenomenon."

When it comes to COVID-19, according to Jha, "South Dakota has infection numbers almost as low as Vermont, the most vaccinated state in the nation."

"Over the past two months," Jha observes, "the rates of infection in Vermont and South Dakota have appeared remarkably similar. Both states have seen steep declines in cases, making both states near the best in terms of infections per population. But this is where the similarity ends. While nearly 75% of Vermonters have had at least one vaccine shot, putting the state near the threshold for herd immunity, only half of South Dakotans have had at least one shot. South Dakota's substantial population immunity instead comes in large part from prior infections, particularly during the fall."

COVID-19 infection rates and COVID-19 mortality rates, however, are two different things. The pandemic, according to Jha, has been deadlier in South Dakota — where Noem encouraged the crowded Sturgis Motorcycle Rally in August 2020.

"Unsurprisingly, these states experienced stunningly different outcomes," Jha notes. "Adjusted for population, nearly six times as many people died in South Dakota from COVID-19 as in Vermont: 230 per 100,000 in South Dakota compared to just 40 per 100,000 in Vermont. In real numbers, while about 250 Vermont residents died from the disease, more than 2000 South Dakotans died. And as of today, Vermont has a lower unemployment rate, suggesting that there need not be any trade-off between public health and the economy."

In 2021, according to Jha, Vermont's approach has been "keeping public health measures in place to keep infections low and then, building up population immunity through excellent vaccination campaigns."

"Embracing a policy of 'personal responsibility,' South Dakota did little to protect its residents, leading to the deaths of more than 2000 South Dakotans and the suffering of tens of thousands more," Jha stresses. "To avoid more unnecessary outbreaks, we need to learn from states that have successfully weathered the pandemic, follow the science and keep vaccinating Americans."