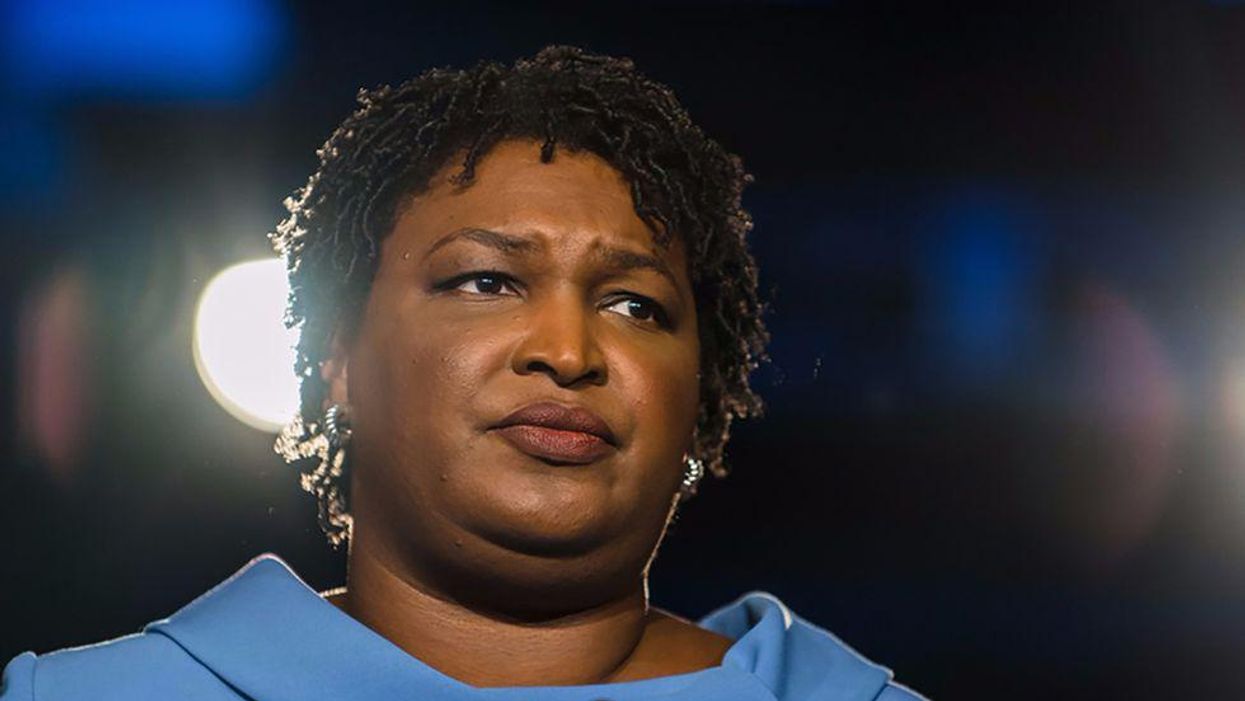 Had Democrat Stacey Abrams run for governor in a blue state in 2018, she probably would have won by a landslide. Instead, Abrams ran for governor of Georgia, narrowly losing to now-Gov. Brian Kemp in what had been a very Republican state — and she has become an increasingly influential figure in the Democratic Party. Abrams' is the focus of a Slate podcast by liberal/progressive journalist Jason Johnson posted on June 18. And during the interview with Johnson, Abrams had a lot to say about voting rights in the United States.

Johnson, who frequently appears on MSNBC, opens the podcast by noting how close Abrams came to victory in Georgia's 2018 gubernatorial race, recalling that Kemp and his fellow Republicans "rigged the election" and won a "tainted victory" by "purging hundreds of thousands of Georgia voters from the rolls and hampering turnout in Black parts of the state." But Johnson stresses that Abrams, rather than feeling discouraged, has since fought aggressively for voting rights in her state — and in 2020, Joe Biden became the first Democrat to win Georgia in a presidential election since Bill Clinton in 1992. On top of that, Democrats won two U.S. Senate runoffs in Georgia in January 2021, giving them a narrow Senate majority.

Abrams told Johnson, "We've got three attacks happening on our democracy. One is anti-voter — so, laws that are trying to make it harder to register to vote, to cast a ballot and to have that ballot counted. Two, we have an attack on election workers. We've seen laws in Iowa, Florida, Georgia, Texas that are criminalizing, adding fines and fees to election workers for technical mistakes that are often caused by obscure, arcane or just poorly worded laws. And then, three, you have subversion of democracy. The laws that we've seen in Georgia, the attempt in Texas to actually give Republicans the authority to overturn election results they don't like. Now, all of those things are happening in various ways across the country — and these are laws that are passing now."

Abrams went on to explain why the John Lewis Voting Rights Advancement Act and the For the People Act, both of which Senate Minority Leader Mitch McConnell opposes, are important.

"With the passing of the John Lewis Voting Rights Advancement Act, the day it takes effect, new laws like that cannot pass," Abrams told Johnson. "They will be subject to what is known as pre-clearance, and they have to get permission before those laws can take effect. The problem is: every law that passed before the John Lewis Voting Rights Advancement Act is still the law, meaning they can still do exactly what they want to do. And so, we not only have to stop new bad from happening, we've gotta go back and clean up the old bad — and that's what the For the People Act does. It actually will negate many of the laws that are taking effect right now. And in fact, it will anticipate that other states are going to do bad in between now and the next election…. That's why we need both laws."

During the interview, Abrams warned that the voter suppression laws coming from Republicans in state legislatures all over the U.S. will affect a wide variety of races.

"We know that in some states, the laws as they are passing will affect not only the midterm elections on a federal level, but they'll affect mayoral races," Abrams told Johnson. "They'll affect county commission races and school board races. And so, the sooner these bills are negated, the faster we have real democracy in those communities. There are provisions in the For the People Act that address redistricting."