'Who cares if there is violence?' The water emergency is aggravating political tensions in the west 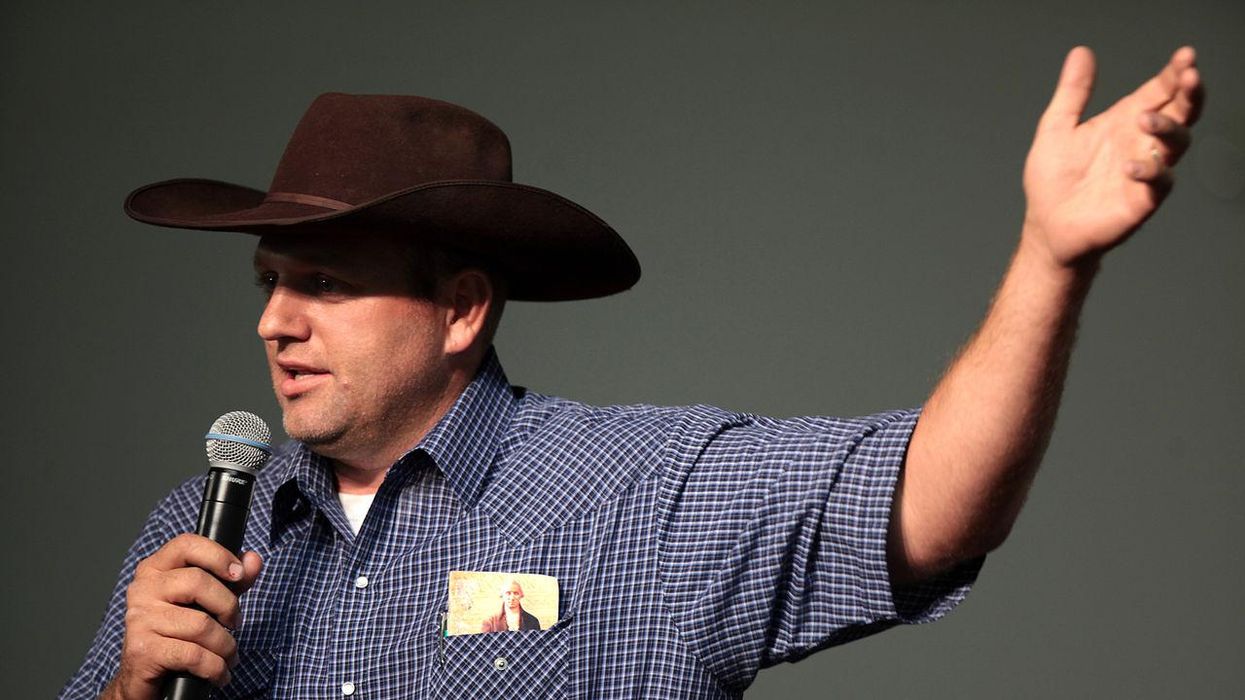 In 2021, some western states have been suffering record drought — one of the many examples of the type of crisis people can expect as climate change continues to accelerate. Far-right extremists in western states, however, aren't pointing the finger at climate change, but rather, are using the drought to attack their usual targets, from Jews to Latinos. Journalist Kelly Weill, in an article published by the Daily Beast on June 24, describes some of the ways in which the drought is inflaming political tensions in western states and bringing extremists and conspiracy theorists out of the woodwork.

"As an historic drought was intensifying in the Southwest late last month, members of a far-right chat group about Arizona state politics got to talking about similar water shortages in Oregon and Northern California," Weill explains. "There, farmers were struggling with dry fields and strict water limits. The crisis, members of the Arizona group chat falsely claimed, amounted to a deliberate plot by 'Jews' to 'starve Americans by cutting off the water supply.' The claim was vile, untrue, and nonetheless quickly spread across multiple popular channels on the messaging platform Telegram. It also wildly mischaracterized a genuine, complicated water emergency in the West — one experts fear might give rise to violent clashes."

One of the effects of climate change, according to scientists, is more hurricanes and severe flooding in places that are prone to hot, humid weather and more droughts and wildfires in places that are prone to hot, dry weather. Humid Florida has a long history of being battered by hurricanes, but it can expect them to become more frequent as climate change accelerates. Similarly, residents of California can expect an increase in droughts and wildfires. But Weill observes that far-right extremists, rather than look at drought from a scientific standpoint, will find ways to blame people they typically hate.

"The drought is one devastating symptom of worsening climate change," Weill observes. "The shortages have left some communities, like Oregon farmers and Californian fishers, competing for scarce water. Stoking the conflict are anonymous nativist shit-posters, doomsday websites that conveniently sell apocalypse preparation gear, and more established far-right figures threatening to open a river's headgates by force."

Weill adds that in "certain fringe groups," the "drought talk has taken a particularly ugly turn."

"Another Arizona-based Telegram channel, this one a conspiratorial anti-immigrant group, recently boasted of finding water bottles in the desert," Weill observes. "Some aid groups leave water near the U.S.-Mexico border to reduce heat-related deaths among the desperate. But the Telegram group accused migrants of being 'child predators' and said the water was better spent on plants. It boasted of emptying the bottles onto 'our desert vegetation experiencing a severe drought.'"

Weill points out that far-right extremist Ammon Bundy, who is running for governor of Idaho, has suggested that people in western states should be willing to resort to "violence" to obtain the water that they need.

Bundy recently told the Times, "Who cares if there is violence? At least something will be worked out…. Heaven forbid we talk about violence."

Stephen Piggott of the liberal Western States Center fears that far-right groups will use the drought to promote confrontations with the federal government.

Piggott told the Beast, "They are hosting all sorts of speakers that come on on a weekly basis to essentially keep the drum beating and keep the energy up in terms of pushing for a potential standoff with the federal government over this issue."