'We're gonna be in a civil war': Trump supporter warns of more violence if the ex-president isn't reinstated 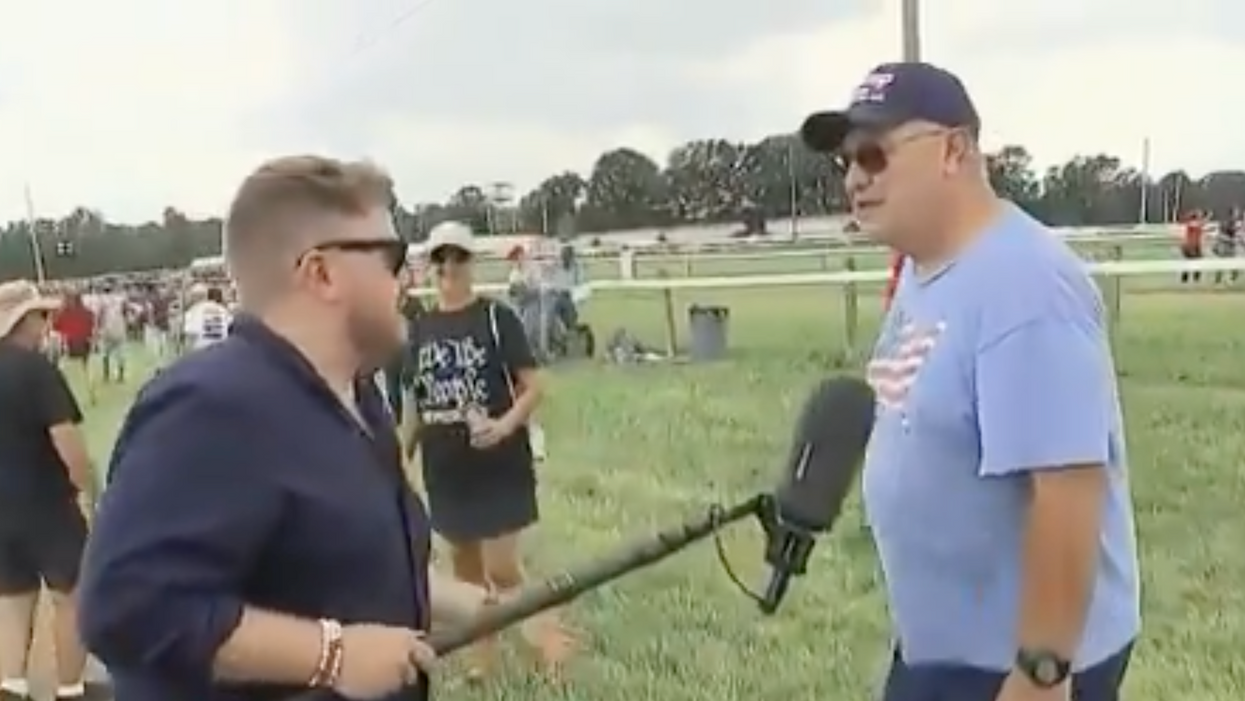 CNN reporter Donie O'Sullivan traveled to former President Donald Trump's weekend rally in Ohio and spoke to some of his supporters who warned of more violence like that witnessed at the U.S. Capitol on Jan. 6.

In a CNN clip posted to his Twitter page, O'Sullivan interviewed one Trump supporter who was convinced the former president would be reinstated by August. He espoused a fictional conspiracy theory holding that the "military" already knows Trump won the 2020 election by "over 80 percent."

"He's coming back," the supporter said.

"And what if that doesn't happen?" asked O'Sullivan, pointing out that the Constitution doesn't have a mechanism to "reinstate" a defeated president.

"We're gonna be in a civil war," the supporter said. "Because the militia will be taking over."

Another man, a self-proclaimed member of the militant right-wing group the Three Percenters, wasn't quite as definitive, but also offered warnings of violence. He said he went to the protests at the Capitol on Jan. 6, but claimed not to have joined the rioters and insurrectionists who violently stormed the building itself. He disavowed such violence but said it could happen again.

"I honestly believe it's coming," he said.

Some Trump supporters we met at his rally in Ohio on Saturday have bought into the false notion that he can be rein… https://t.co/mikGaDcLrB
— Donie O'Sullivan (@Donie O'Sullivan) 1624925801.0

"This is the exact same kind of rhetoric we heard in the lead-up to January 6th," O'Sullivan noted on Twitter, pointing to similar interviews he conducted on Jan. 4.

But he also noted that the idea that Trump will be returned to office soon, which Trump himself has hinted at and has reportedly believed is possible, didn't appear to be the majority opinion at the rally.

"Most Trump supporters I met Saturday weren't as convinced on the reinstatement idea — focused more on 2024. But it's clear that those who have bought into the idea are convinced it must happen," O'Sullivan said.

And a large number of believers isn't required to cause a lot of damage.