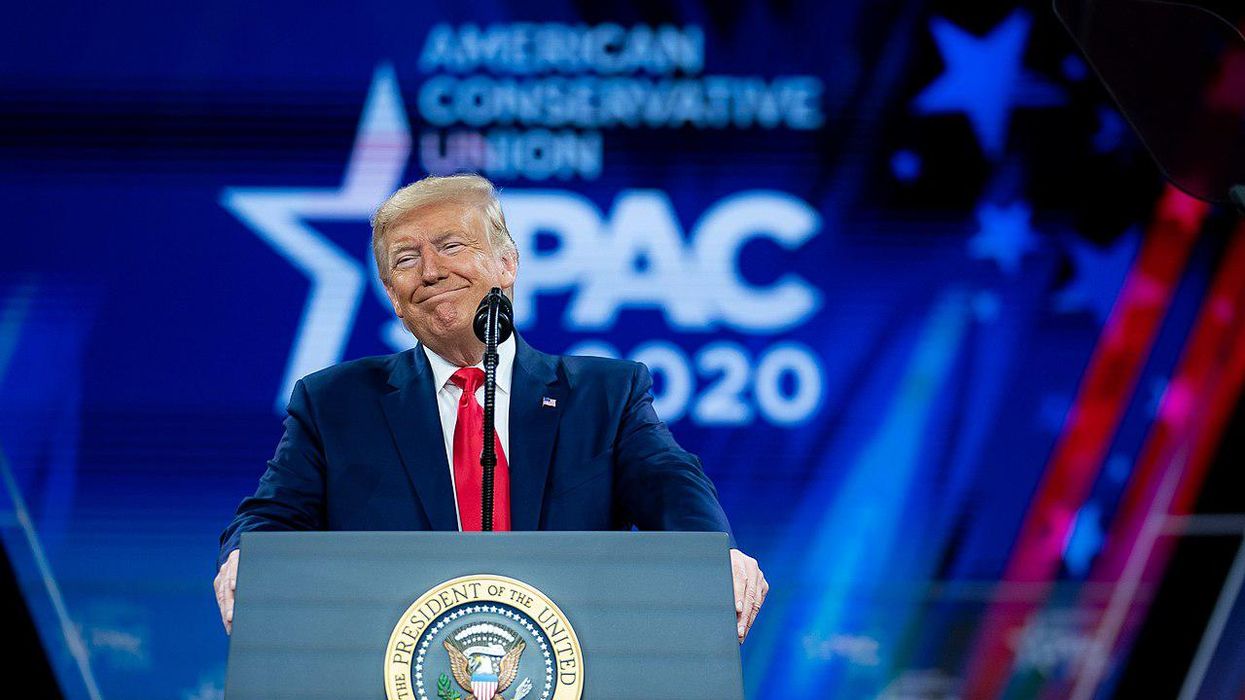 Democratic attorney Marc Elias has been quite aggressive when it comes to filing lawsuits against Republican voter suppression efforts. But when Elias, the founder of Democracy Docket, appeared on MSNBC's "The Rachel Maddow Show" on Thursday night, June 3, he warned that lawsuits alone are not going to be enough to defend voting rights in the United States.

Elias' appearance on Maddow's show came at a time when Republicans in state legislatures all over the U.S. are pushing voter suppression bills and many Trump supporters in the GOP are continuing to promote the Big Lie and the false, debunked conspiracy theory that former President Donald Trump was the victim of widespread voter fraud in the 2020 election. In fact, now-President Joe Biden won the election decisively, picking up 306 electoral votes and defeating Trump by more than 7 million in the popular vote.

Elias told Maddow, "It's not realistic to assume that every provision of every bad law is going to get struck down by court. We won more than we lost in 2019 and 2020 — we did better than in the post-election. But you can't assume that when state after state after state throws the kitchen sink at voters and makes restricting voting rights their top priority, that the courts are going to be there to bat them all back."

Elias went on to say that 2021's abundance of voter suppression bills reflect a "culture problem in the Republican Party, which is that right now, rather than solving the problems of their citizenry — rather than solving the problems of COVID, of a reemerging economy — they are using their precious time in state legislature after state legislature to pass voting restriction laws targeting young Black and Brown voters."

Elias told Maddow, "I'm not overly optimistic. All I can do is every day, wake up and try to protect democracy by showing up in courtrooms around America and telling judges that it's not right, it's not fair, it's not legal, and it's not constitutional to target Black, Brown and young voters and disenfranchise them."

The Democracy Docket founder went on to discuss the bogus Republican "audits" of the 2020 election that are occurring in Arizona and other states, explaining why they are so dangerous. In Arizona, Republicans in the State Senate ordered an election "audit" of Maricopa County that is being conducted by a far-right Florida-based firm called Cyber Ninjas — and unlike the legitimate bipartisan vote recounts that took place in Arizona after the 2020 election, there is nothing bipartisan about the Maricopa "audit."

Elias told Maddow, "The Big Lie has moved from a political category…. And it is now turning into a pillar of the state. It is becoming a part of state policy, and that's really dangerous. And one of the ways it's doing it is through these audits…. These are not genuine audits or recounts…. Do I think this violates federal law? Yeah, I do."