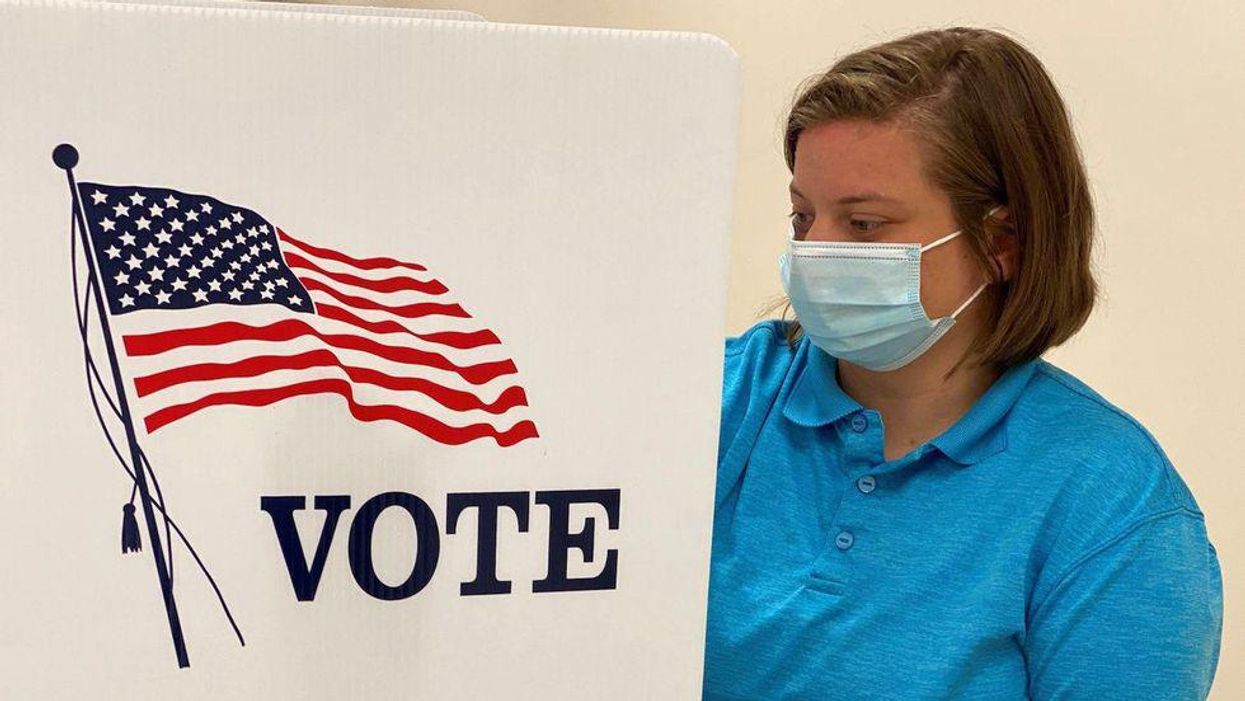 Even as Republican-led states erect barriers to the ballot box across the country, more than half of U.S. states have locked in laws since the 2020 election that make voting more accessible, according to The Washington Post.

Many of these laws are the result of steps lawmakers took last year to make voting safer and easier amid the pandemic, efforts that ultimately yielded record voter participation. The laws typically streamlined registering to vote while also expanding access to early voting and voting by mail. But other laws enabled people with past felony convictions to vote and offered more options to voters with disabilities.

Virginia also enacted a law requiring locales to get preapproval or feedback to any changes they plan to make to local voting ordinances, an attempt to counteract the Supreme Court's gutting of the Voting Right Act in 2013.

In the meantime, the nonpartisan group Voting Rights Lab (VRL) recently found that more than 30 new laws in 18 states have restricted access to the ballot box. The laws affect some 36 million people, or roughly 16% of all eligible voters. On the flip side of the coin, laws making voting more accessible in 28 states are affecting some 63 million eligible voters, or about 27% of the eligible voting pool.

The divide between the changes taking place in liberal- versus conservative-leaning states was highlighted in a recent report from VRL called, "A Tale of Two Democracies: How the 2021 Wave of State Voting Laws Created a New American Fault Line."

"There's a fault line that's developing between states working to strengthen our democracy and states actively restricting it," Liz Avore, vice president for law and policy at VRL, told the Post. "It is stark when you look at the map … That division is really remarkable."

That said, some positive changes have emerged in a handful of GOP-led states, including Indiana, Kentucky, Louisiana, and Montana. In some cases, states have increased ballot drop-off locations or expanded early vote hours; in others, they have opened eligibility to people with felony convictions or made voting easier for people with disabilities.

Kentucky's Republican Secretary of State Michael Adams has made a particularly unusual case, saying his party needs to "stop being scared of voters."

"Let them vote, and go out and make the case," Adams said. "I want Republicans to succeed. I think it's an unforced error to shoot themselves in the foot in these states by shrinking access. You don't need to do that."

That is just truly novel thinking for a Republican these days—and dare we say it, pro-democracy.

Below is a VRL roundup of voting changes from across the country.