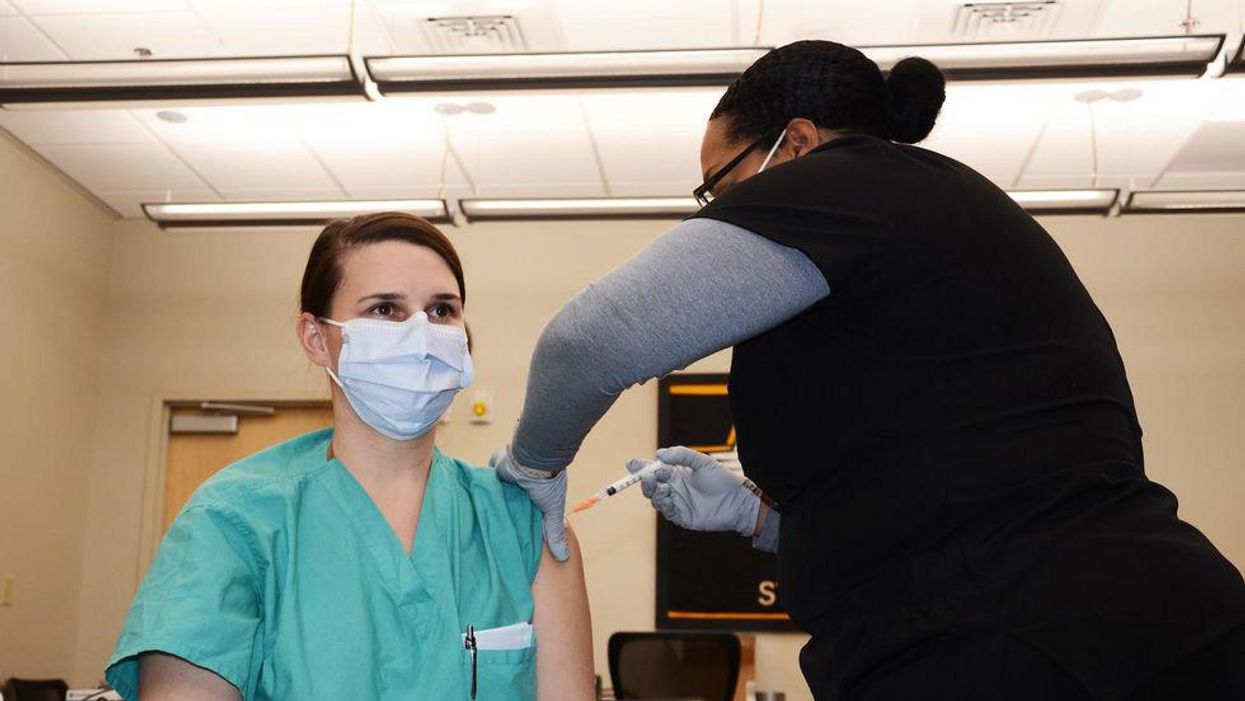 Nobody really should have been surprised about what's happened at Houston Methodist health care locations. For weeks, it's been clear that the administration was going to stick to its guns in insisting that all employees be vaccinated. It's been just as clear that vaccine hesitancy remains high, especially among Republicans. So, what started as a single member of the senior administrative staff being suspended when he refused to take a vaccine, has continued to expand until The Washington Post now reports that 153 people have now resigned or been fired because they would not take a vaccine.

That sounds like a large number, but considering that the organization has 24,947 employees who did get vaccinated, the ousted group amounts to well below 1% of the staff. However, this case is being examined closely, and made a cause by anti-vax groups, because the argument at the heart of this dispute are already being repeated at locations across the nation. And as schools head back into session for the fall, the precedents being tested here are certain to resurface again and again.

So, can an employer require employees to be vaccinated? Yes. This has always been the case. All sorts of businesses have long required that potential employees be tested for a variety of diseases, and can require vaccination as part of the terms of employment. In May, the Equal Employment Opportunity Commission made it clear that this extends to requiring COVID-19 vaccinations.

But what about the contention that employers can't require someone to take an "experimental drug." The answer to that is simple: None of the available COVID-19 vaccines are experimental drugs.

The term "experimental drug" has a straightforward definition from the National Institutes of Health. It's a substance that has been tested in the lab, and is now ready to head to testing in humans. That is—it's ready for Phase 1 trials. Experimental drugs are sometimes given to people not involved in trials in the most dire circumstances. For example, a number of treatments still undergoing human trials have been extended to patients with conditions where no known treatment exists. The drug adrabetadex, featured in the Daily Kos series on children with Niemann-Pick type C, is an experimental drug that has been extended outside of trials through exactly such a "compassionate use" program.

However, all the vaccines available have completed their human trials. The vaccines from Pfizer/BioNTech, Moderna, and Johnson & Johnson have all been through Phase 1 testing for safety, Phase 2 testing for determining potency and dosage, and Phase 3 testing to determine efficacy. They were all recommended for approval by both internal boards at the FDA, and the FDA's notoriously picky advisory committee of external experts.

In addition, those vaccines have been distributed to hundreds of millions of patients, all under the watch of a system that has continued to look at the potential for any associated risks. The tightness of that system was well demonstrated earlier this year when administration of Johnson & Johnson's vaccine was temporarily suspended when there was a potential connection made to a small number of cases involving blood clots. That suspension was only lifted after an extensive—and for many who were waiting for vaccination at the time, frustrating—safety review.

It's a safe bet that, should some employer somewhere require employees to take an experimental drug, that this would not hold up in court. However, in no sense are the COVID-19 vaccines "experimental drugs." What stands between these drugs and full FDA approval is not any technical hurdle or safety information. It's all there.

Which is why an earlier attempt by 117 members of the Houston Methodist staff to sue over the vaccine policy, with claims about being used as "guinea pigs," and claims that requiring vaccination "violates the Nuremberg Code," were swiftly dismissed by a federal district judge. "This is not coercion," wrote the Republican-appointed judge. "Methodist is trying to do their business of saving lives without giving them the COVID-19 virus. It is a choice made to keep staff, patients, and their families safer."

But the terms used in the complaint by the Houston Medical staff—phrases such as "Methodist Hospital is forcing its employees to be human 'guinea pigs'" and "requires the employee to subject themselves to medical experimentation" and calling the vaccines "experimental COVID-19 mRNA gene modification injections"—are all over right-wing media. Alex Jones has helped to lead protests at the organization's hospitals. Fox News has frequently tossed around the same terminology, and Fox hosts such as Tucker Carlson have been all in on the idea that requiring a COVID vaccination parallels the actions of Nazis.

These cases claiming that the vaccines are "experimental drugs" will continue to lose in court, because they are technically, legally, and ethically wrong. However, the false information being spread on right-wing media will have an impact. In particular, expect school systems that really should be requiring vaccination of all employees, and children over the age of 12, to hold back from life-saving actions because they've been scared off by inaccurate claims and ugly lies meant to demonize doing the right thing.