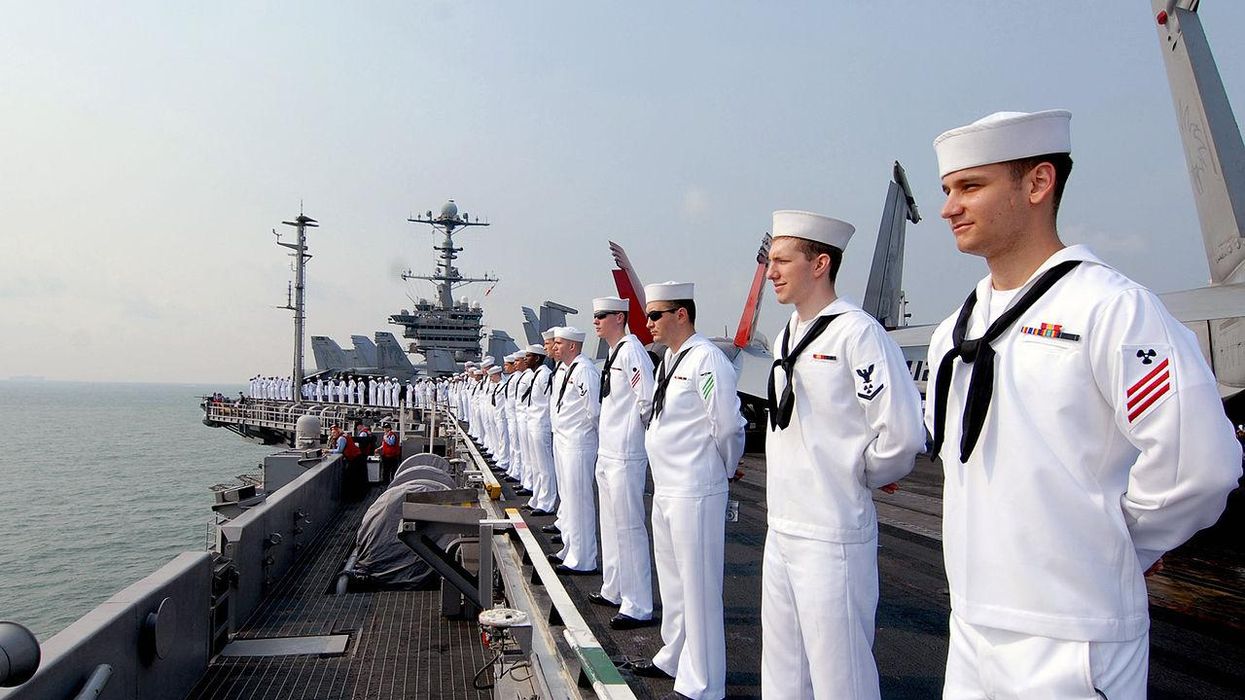 In the United States, the most deadly terrorist attacks of recent decades have come from the far right — be it the far-right Islamists of al-Qaeda who attacked the World Trade Center and the Pentagon on September 11, 2001 or the many White supremacist and White nationalist attacks that occurred during the 2010s. But according to The Intercept, a U.S. Navy counterterrorism training document conflates "socialists" with "neo-Nazis" when it comes to the threat of terrorism.

The Intercept has obtained a copy of that document, which can be viewed in an article by journalist Ken Klippenstein published on June 22. The document, titled "Introduction to Terrorism/Terrorist Operations," is part of a training manual by the Naval Education Training and Command's Navy Tactical Training Center."

One of the manual's "study questions" asks, "Anarchists, socialists and neo-Nazis represent which terrorist ideological category?" — and the "correct" answer, according to a military source interviewed by The Intercept, is "political terrorists."

The question is horribly flawed for obvious reasons. While neo-Nazis and other White supremacists have a long history of terrorism, self-identified "socialists" hardly represent a major terrorist threat in the United States in 2021. In Italy during the 1970s, the Red Brigades (Le Brigate Rosse in Italian) were a Stalinist group that committed terrorist attacks and wanted to replace Italian liberal democracy with a communist dictatorship — and in Peru during the 1980s, the Maoist group El Sendero Luminoso (the Shining Path) were infamous for their brutal methods. But there is obviously a huge difference between the atrocities that the Red Brigades and El Sendero Luminoso committed in the past and what self-described "democratic socialists" like Sen. Bernie Sanders of Vermont and Rep. Alexandria Ocasio-Cortez of New York City advocate. Neither Sanders nor AOC advocate violence or a communist form of government, and actual Marxist groups consider them liberals rather than true socialists.

But fear-mongering over "socialism" is common on the far right — even when the greatest terror threat in the U.S. comes from White supremacists and White nationalists.

A military official, interviewed by The Intercept on condition of anonymity, criticized the U.S. Navy document conflating "socialists" in general with "terrorism" as an example of flawed training.

That official told The Intercept, "It's just ineffective training because whoever is directing the Navy anti-terror curriculum would rather vilify the left than actually protect anything, despite the fact that the most prominent threat is domestic, right-wing terror."

Klippenstein explains, "Both the FBI and the Department of Homeland Security have identified White supremacists as the deadliest terror threat to the United States. In October 2020, the Department of Homeland Security issued its first annual 'Homeland Threat Assessment' report, stating that White supremacists were 'exceptionally lethal' and 'will remain the most persistent and lethal threat in the homeland.' In September, FBI Director Christopher Wray, in testimony before the Senate Judiciary Committee, said that White supremacists 'have been responsible for the most lethal attacks over the last decade' and that they comprise 'the biggest chunk of our domestic terrorism portfolio.'"