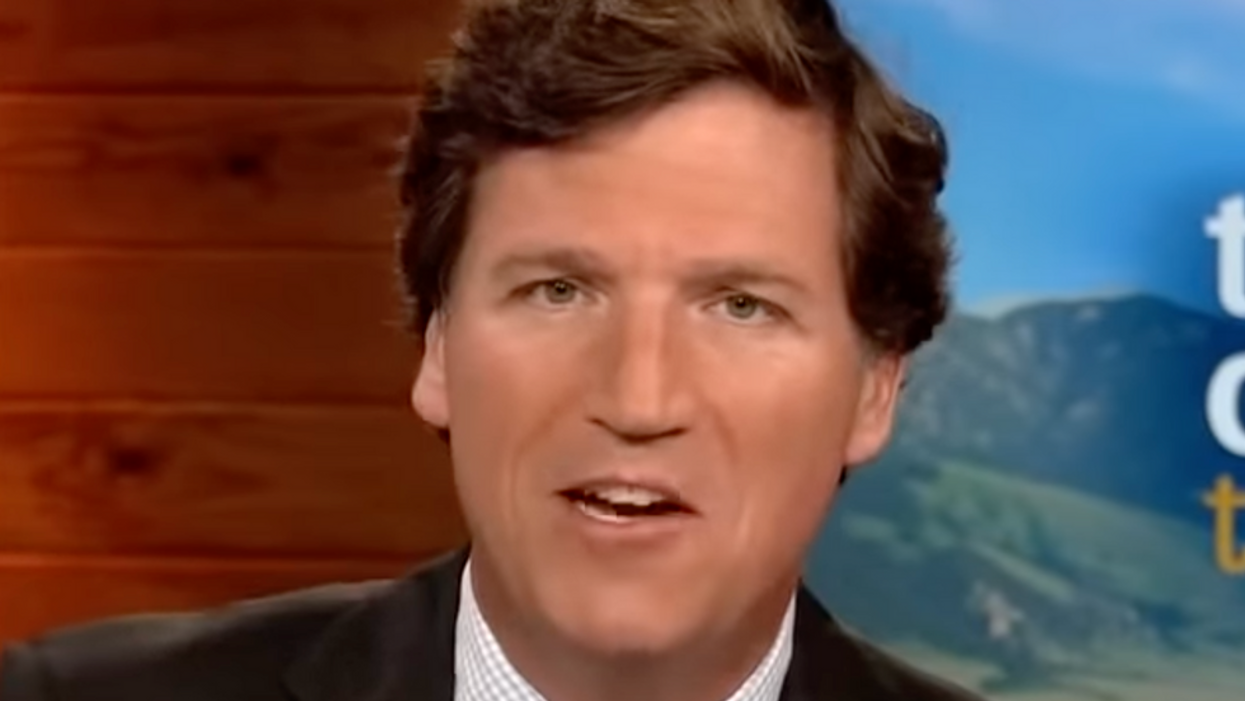 Advertisers are facing renewed calls to drop their spots on Tucker Carlson's primetime Fox News show, with customers and activists alike putting particular pressure on the United Services Automobile Association, a banking and insurance company which primarily serves veterans and their families.

The push comes after a week in which Carlson used his considerable platform to disparage U.S. military leaders for promoting anti-racist education in service academies and make several racially charged statements, including the claim that a full-fledged race war, and even something similar to the Rwandan Genocide, awaited white Americans in the near future if such lessons were allowed to continue.

It's not a new position for the frozen foods heir-turned-cable news provocateur, who has spent much of the last few years staring down repeated rounds of advertiser boycotts and pressure to tone down rhetoric many, even within Fox News itself, see as bigoted.

Critics seized upon Carlson's comments this week blasting Gen. Mark Milley, Chairman of the Joint Chiefs of Staff, during a House Armed Services Committee hearing. The bulk of Republicans' questions to Milley focused on "critical race theory," which he said the U.S. military does not teach or practice — an answer Carlson found seemingly insufficient.

"Hard to believe that man wears a uniform. He's that unimpressive," Carlson sneered on Thursday. "He's not just a pig, he's stupid."

Several veterans' groups, including the non-partisan Veterans for Responsible Leadership, seized on the comments and called on USAA to cease its ad buys on Carlson's show.

"So, @USAA, is this who you advertise with?" the group's account tweeted. "Asking for 18 million friends."

Longtime Fox critic and veteran Travis Akers, who previously led a charge to have military institutions boycott the network, also announced he would end his insurance policy unless the company ended its support for Carlson's show.

"Please accept this as my formal notice that you have until the end of June to cease all advertising during any @TuckerCarlson programming or I will move my insurance policies and accounts to a competitor that does not financially support Carlson," he wrote, and his mentions were immediately filled with similar anecdotes from fellow veterans.

Though Tucker Carlson Tonight is a ratings behemoth, its advertising numbers have dwindled considerably this year in the wake of a number of controversial segments. Statistics from the first financial quarter of 2021 show the number of advertisers on the program dropped from 73 in January to 58 in March, according to market research firm iSpot.

Over the quarter, MyPillow — run by conspiracy theorist and attempted 2020 election overthrower Mike Lindell, a frequent Fox guest before the network's eventual acceptance of Joe Biden's electoral victory — made up more than 20% of those ads, with internal Fox promos making up nearly 10% more.

Carlson has also been the subject of a wave of internal criticism at Fox after a muckraking New York Times column outlined the ways in which he has served as an important source to other media outlets that he bashes publicly on the air.

In particular, a nasty beef with fellow primetime star Sean Hannity has spilled over into public view, with the longtime host bashing Carlson this week during an on-camera meltdown.

"Some people at Fox apparently don't like me, and said bad things about me gutlessly behind my back," Hannity said Thursday night.

Neither Carlson nor Fox News has backed down from any of the comments.