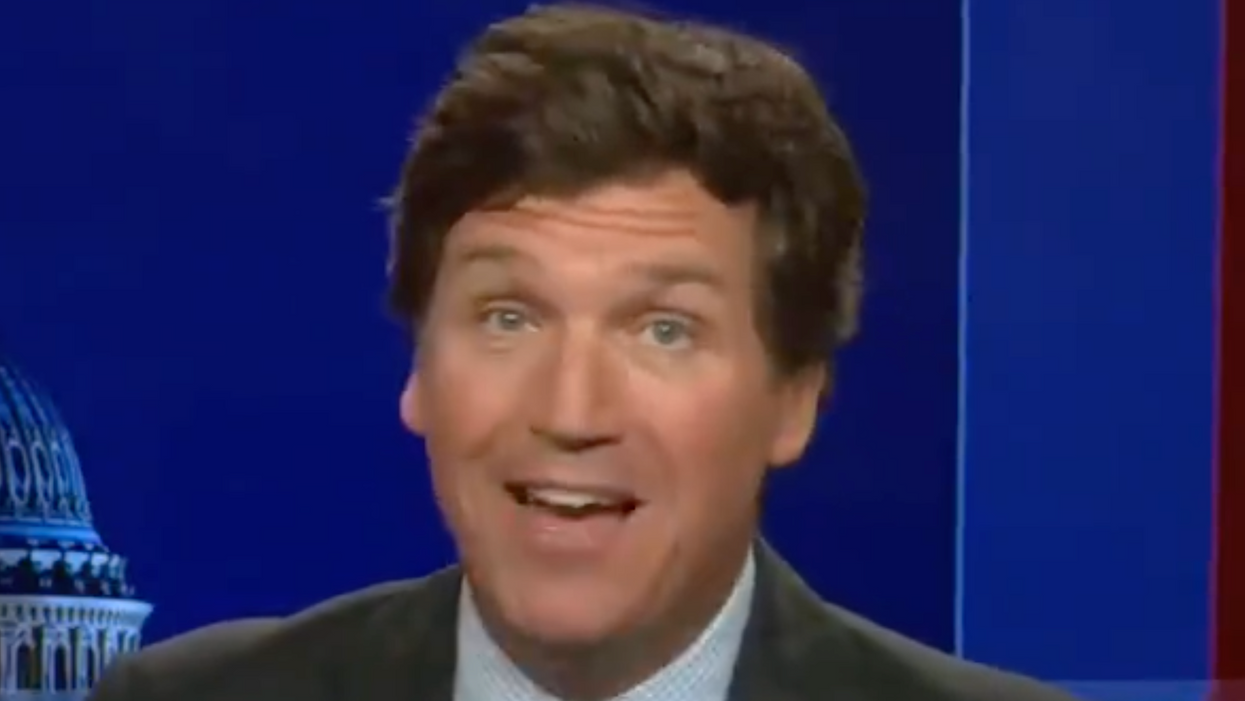 Fox News host Tucker Carlson dropped a bombshell allegation on his Monday night show: The National Security Agency, he said, was "monitoring our electronic communications and is planning to leak them in an attempt to take this show off the air."

He added: "We have confirmed that."

Has it, in fact, been confirmed? Throughout the day Tuesday, many observers noted that the serious accusation seemed surprisingly absent from the dominant narratives on the rest of Fox News, even though it would seem to be a major story of interest beyond just the single hour Carlson hosts if it were true. But it appeared the news division of the network — traditionally considered separate from opinion shows like Carlson's — couldn't back up the claim.

On Fox News' website, an article repeated Carlson's allegations. Yet it didn't provide any new reporting, it just printed a transcript of Carlson's show. The headline on the article simply attributed the claims about the NSA to Carlson himself, though the front page of the website seemed to promote his claim as true with a different headline: "Tucker Carlson blasts Biden's NSA for spying on him to get show off the air."

And then on Tuesday evening, the NSA itself directly contradicted Carlson's central claim:

After that statement was posted, Carlson responded on air, sounding increasingly frantic about the situation, calling it "beyond Orwellian":

Carlson noted that the statement didn't specifically deny that the NSA had read his emails. On Monday, he suggested that he had confirmed the claim that NSA read his private messages because the whistleblower had "repeated back to us information about a story that we are working on that could have only come directly from my texts and emails." Of course, that wasn't all he said — he had alleged, and claimed he had confirmed, that the NSA was planning to leak his communications to force him off the air. That's what the NSA denied, and it's not clear if Carlson is retracting that claim.

Reached for comment, Fox News did not answer questions about whether the news section had corroborated Carlson's claim about the NSA or whether Fox News stood by his allegations in light of the NSA's denial. Instead, a spokesperson directed AlterNet to Carlson's comment about the matter on his Tuesday night show.

It is possible that, despite not being a target for intelligence collection, Carlson's correspondences were picked up by the NSA because he was communicating with another person who is being lawfully surveilled by the NSA, likely someone outside the U.S. (This wouldn't even necessarily implicate Carlson in any wrongdoing at all — members of news organizations have a legitimate interest in speaking with people who may attract the U.S. government's surveillance.) There are procedural safeguards in place designed to protect U.S. citizens who end up picked up in lawful surveillance in this manner, though critics argue that these safeguards are insufficient to protect civil liberties.

It's not clear if Carlson is still standing by his claim that the NSA is monitoring his communications and planning to reveal them in order to push him out of his job. That's an extreme claim and would be an egregious abuse of power. On Tuesday, Carlson was more focused on the simple allegation that the NSA had read his emails, or at least was refusing to deny that they had, and he compared the experience to "living in China." He accused the Biden administration of overreach by targeting right-wing terrorism.

But while it's convenient for Carlson to try to blame Biden, the nature and power of the U.S. national security state are products of bipartisan agreement. They've developed in large part in the aftermath of 9/11 when conservatives like Carlson cheered the power of the state. Republicans could have worked to roll back these powers when they had greater control in Washington, D.C. under Donald Trump, but they never did, even when they were rhetorically outraged about government surveillance, because they like having these powers.