'Their champion was no longer in office': Reporter reveals the darkness and despair at Trump's latest rally 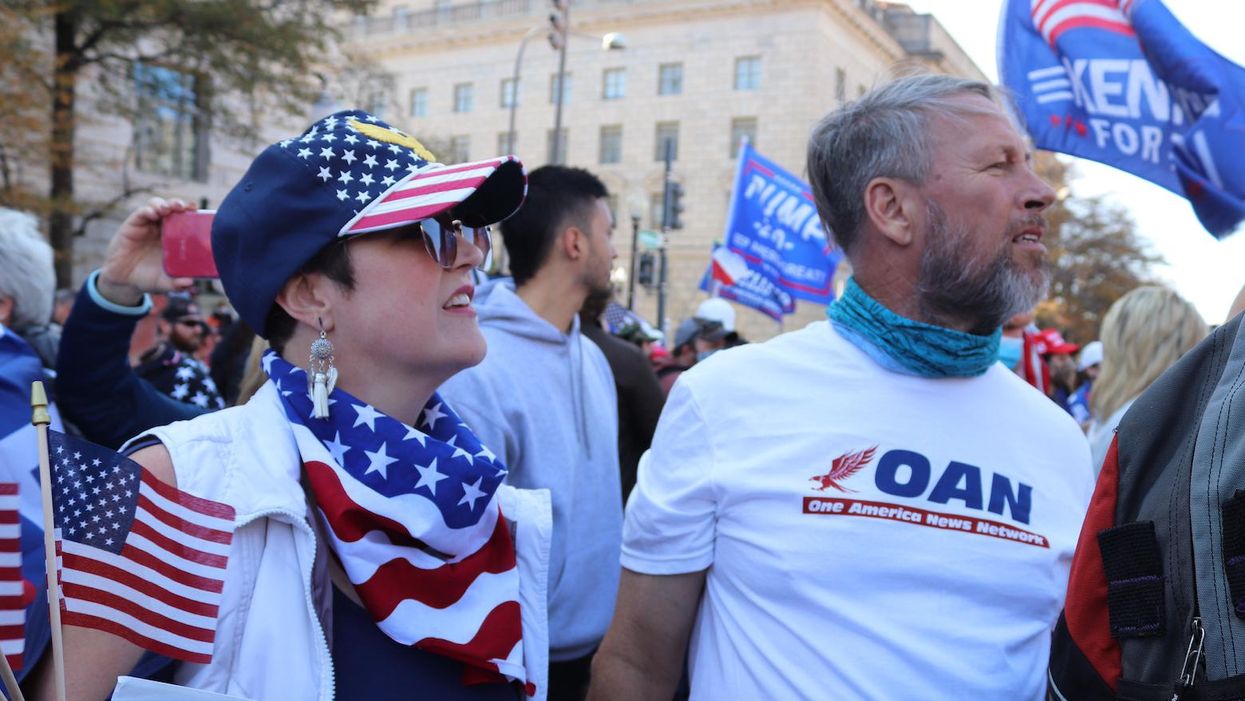 On Saturday in Ohio, former President Donald Trump held his first major MAGA rally since leaving office on January 20. Politico reporter Meridith McGraw analyzes that Ohio event in an article published this week, stressing that it had a darker tone than the MAGA events that preceded the Biden era — and underscored the sense of "grievance" and bitterness that Trump's supporters continue to feel five months into Joe Biden's presidency.

McGraw, describing the Ohio rally as "a cross between a NASCAR tailgate and a traveling circus," explains, "There was a familiarity to it all. The chants of 'Four more years!' and 'Lock him Up!' — this time, aimed at infectious disease expert Anthony Fauci instead of former campaign rival Hillary Clinton. The recitation of the sinister poem, 'The Snake'….. And yet, there were signs this rally was different."

The Politico reporter continues, "During past rallies, Trump's supporters applauded Trump as he trashed immigrants, demonized the media, and echoed his calls to lock up his opponents. But they also felt hopeful the real estate magnate was giving them a voice. There was a sense that this charismatic outsider would empower them to change Washington, and a joyfulness that came with being part of a movement. Now, they felt cheated. 'WE THE PEOPLE ARE PISSED OFF,' one popular rally t-shirt read. Their champion was no longer in office."

McGraw notes that some of Trump's most controversial supporters were at the rally, including MyPillow CEO Mike Lindell and Rep. Marjorie Taylor Greene of Georgia. And the Biden-era MAGA event, according to McGraw, had an overall "sense of desperation" that was expressed "even" by "Trump himself."

"In all, Trump spoke for more than 95 minutes, and after the rally was over, supporters marched back to their cars," McGraw recalls. "In the distance, the bright lights of the rally that read 'SAVE AMERICA AGAIN" and a lit-up fairground french fries truck painted a dusky dreamscape redolent of Edward Hopper. 'Gloria,' the one-hit-wonder disco song about a woman driven to insanity because of a man, could be heard blaring from the speakers. 'Are the voices in your head calling, Gloria?' People sang along."

"Gloria," the song heard at Trump's Ohio rally, was a major hit for the late pop star Laura Branigan in 1982 and was an English-language remake of a tune that Italian singer Umberto Tozzi had originated in the late 1970s. While it's inaccurate to describe Branigan as a one-hit wonder (Branigan had several other major hits in the 1980s, including "Solitaire" in 1983 and "Self Control" in 1984), McGraw is spot on when she says that the use of "Gloria" underscores a mood of "desperation" among Trump supporters. Although President Biden's victory over Trump in the 2020 election was decisive and Trump's claims of widespread voter fraud have been repeatedly debunked, many of Trump's followers — as polls have demonstrated — still wrongly believe he was cheated and that, by extension, they were cheated as well.

"Trump's reemergence on the political scene is promising to spark a seismic disruption to America's political system bigger than the one he caused when he came down his gilded escalator six years ago," McGraw emphasizes. "Where once his supporters were hopeful, they now seemed aggrieved. The crowds are more frenzied, the conspiracies more fantastical, the cast of characters more outlandish."

One of the people McGraw interviewed at the rally was Ohio resident and Trump supporter Richard Stachurski. When McGraw asked him if he wanted Trump to run in 2024, Stachurski responded, "How do you run for president if you're already president?"