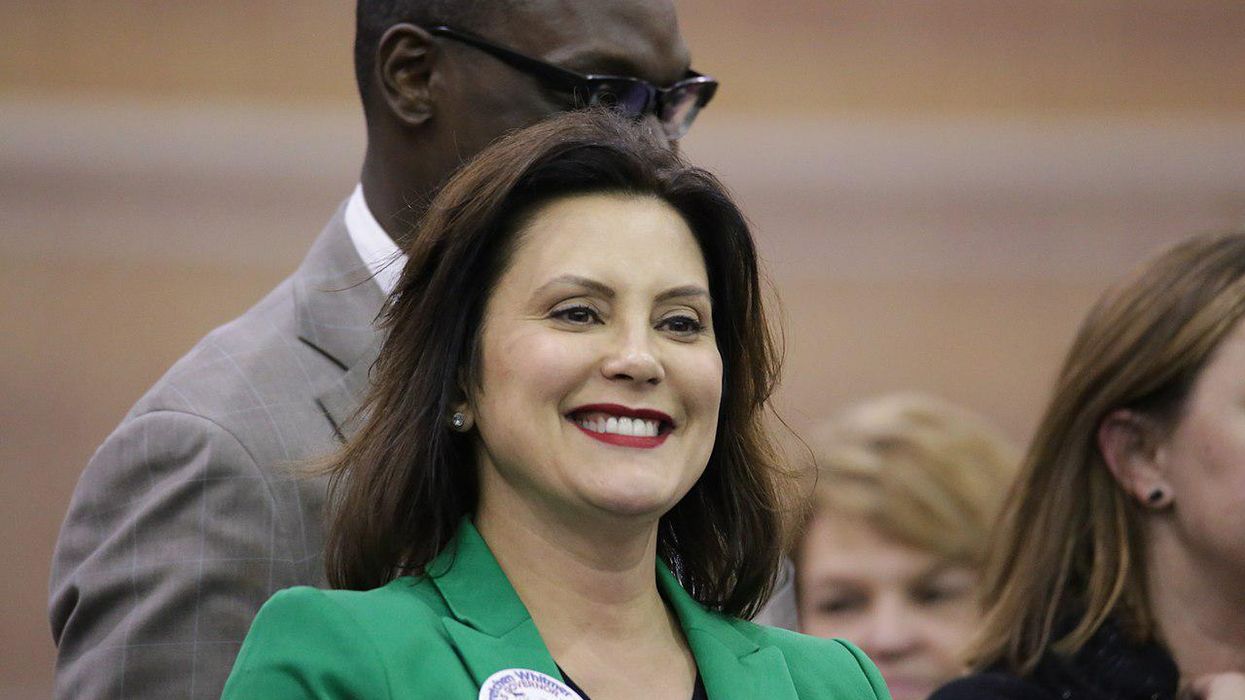 On Tuesday, June 15, Democrats on the House Oversight Committee released dozens of U.S. Department of Justice and White House e-mails that illustrate efforts by then-President Donald Trump and his allies to pressure the DOJ into pursuing his false claims of voter fraud in the 2020 election. Those e-mails were sent during the lame duck period, when it was obvious that now-President Joe Biden had enjoyed a decisive victory but Trump and his attorneys still had hopes of overturning the election results. And some of those e-mails, according to Detroit News reporter Craig Mauger, shed light on events in Antrim County, Michigan — one of the places where Trump's allies made their bogus voter fraud claims.

Mauger reports, "Members of then-President Donald Trump's administration shared 'talking points' and false claims about the election in northern Michigan's Antrim County with federal prosecutors, e-mails released Tuesday by the U.S. House Committee on Oversight and Reform showed. The documents revealed the 23,000-person county, where errors by election workers were turned into unsubstantiated theories about software manipulation, was on the minds of top U.S. officials on December 14, the day presidential electors met to cast their votes for Democrat Joe Biden."

Mauger notes that it was also on December 14, 2020 that Trump announced that William Barr was leaving his position as U.S. attorney general and would be replaced by Acting U.S. Attorney General Jeffrey Rosen. As much of a Trump loyalist as Barr had been, he rejected Trump's claims of widespread voter fraud and said there was no reason to believe that Biden didn't win the election fairly. Trump and then-White House Chief of Staff Mark Meadows were hoping that Rosen would pursue, via the DOJ, Trump's voter fraud claims. But Rosen had no interest in doing so.

"At 4:57 p.m. (on) December 14, Molly Michael, an aide to the president, e-mailed two documents on Antrim County's election to Rosen," Mauger explains. "The subject line of the e-mail from Michael said the information was 'from POTUS,' referring to the president of the United States. The attachments included a report on the Antrim County election from an organization called Allied Security Operations Group and a set of 'talking points' about the findings."

Those talking points, according to Mauger, "levied unsubstantiated claims" about the election's outcome in Michigan. And a document that Michael shared with Rosen via e-mail claimed, "A cover-up is happening regarding the voting machines in Michigan…. Michigan cannot certify for Biden."

On June 15, Rep. Carolyn Maloney — the New York Democrat who chairs the House Oversight Committee of New York — said of the newly released White House and DOJ e-mails, "These documents show that President Trump tried to corrupt our nation's chief law enforcement agency in a brazen attempt to overturn an election that he lost." And Michigan's Democratic secretary of state, Jocelyn Benson, who is part of Gov. Gretchen Whitmer's administration, said, "The extent of the efforts of current and former elected officials to deceive voters in order to advance partisan and political agendas is appalling and dangerous to our communities, our democracy and our nation."

Michigan was among the five states that Trump won in 2016 but lost in 2020; the others were Arizona, Pennsylvania, Georgia and Wisconsin.